Vietnamese Male Models – Johnny Nguyen. Is Johnny Nguyen a triple threat or what? He’s a model, a member of the U.S. wushu national team, and an actor who’s done some Hollywood movies. Oh, and he’s so damned cute too; the kind of guy you’d like to do some dirty stuff with but would still bring home to meet your parents. 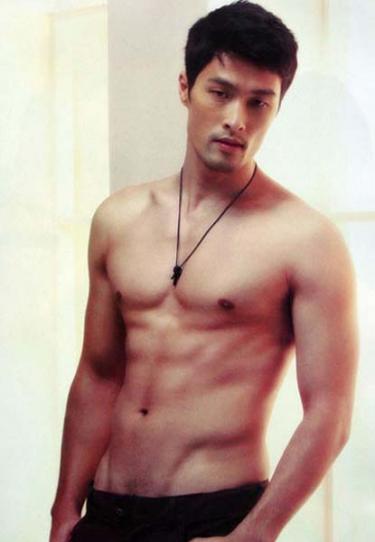 More on this hottie from his IMDB page:

Johnny left Vietnam at the age of 8, uncertain of what destination lied ahead. As a boy, he already loved Hong Kong cinema. Johnny would soon start training in martial arts and now has over 18 years of experience in Kung Fu, Tai Chi and Japanese Aikido. Johnny is now also an expert in Wushu, which he does for over 10 years. Johnny has won a gold medal from Pan America Form and Sword.

However, having many skills, hobbies and interests, Johnny is mainly known here for his martial arts skills and acting. Now he has had a big breakthrough as an actor in Cradle 2 the Grave, next to Jet Li and Mark Dacascos. Johnny is an accomplished stuntman. Johnny is getting more popular as an actor and stuntman who has now shown his skills and may be one of the next stars on screen.

Pretty busy dude, huh? Let us appreciate his gorgeousness, shall we? 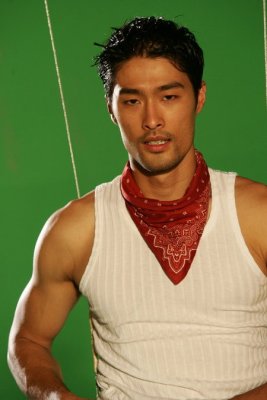 Another awesome photo of the wushu hunk who tops our list of hot Vietnamese male models. 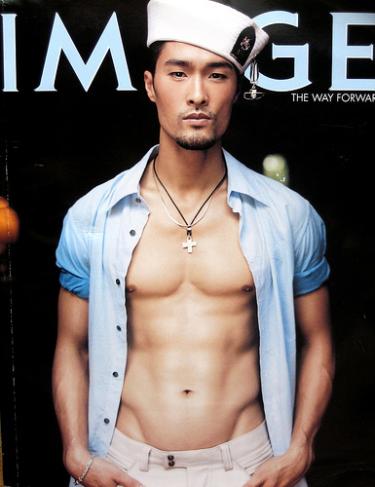 Update on Vietnamese Male Models (Johnny Nguyen). Our handsome Vietnamese hunk is still active in the film industry. Since we first posted this in 2009, he has added eight more acting credits to his name. His latest movie project is the 2016 film, Fanatic, about a guy trying to revive rock in Vietnam.