Victor Arroyo Shirtless Photos and Other Stuff. Aside from Paul Calafiore, another Big Brother housemate we’d love to watch is fitness trainer and gym manager Victor Arroyo. The reason is obvious of course. We love us our men with bulging muscles in the right places and there is no doubt that he fits the bill. 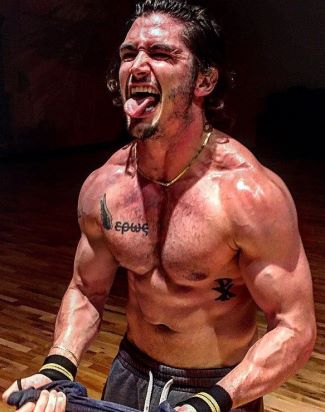 Here’s another shirtless pic of the incoming Big Brother houseguest. Please tell us we are not the only ones who’d love to see more of this guy! Hey, Victor! What are you looking down at? 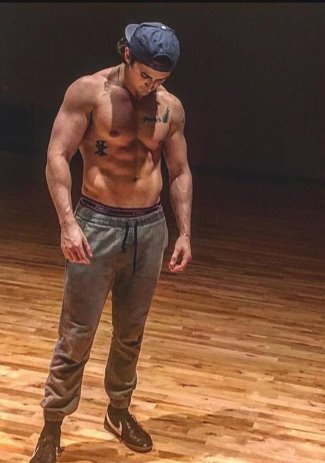 Victor Arroyo Underwear. Does he like boxers or briefs? Maybe he likes either or both? When it comes to brand though, he apparently likes Hanes Underwear. Want more men wearing Hanes? Well check out our earlier post on Hanes Male Underwear Models? Now, here are Victor’s perfect muscles we are talking about. 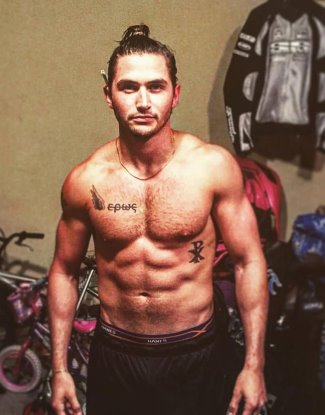 Victor Arroyo Gay or Straight? He looks like a gay dude in the pic below but he is as straight as an arrow. 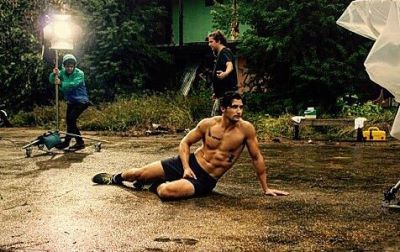 Seriously, what’s happening in the above photo? One of his Facebook followers joked that he must be playing Ariel the mermaid. Here’s the exchange:

Kayla: Your pose reminds me of Ariel from the little mermaid BUT you do look amazing!! Good job bro!!
Victor Arroyo III: Funny you say that, that’s what someone on set said 😂

So, if the pic is from a set, then Victor must have shot a movie. We look forward to watching it when it is released. Anyhoo, here’s some more information about this hunky house guest from his Big Brother profile on CBS:

Three adjectives that describe you: Smart, sexy, and fit.

Favorite Activities: Working out, playing soccer, and [taking] trips with my friends. Those are the things I love to do, but more than that, I love women. I’m always looking for the next girl to talk to and I’m never satisfied with what I have; I’m always wanting more.

Do you have a strategy for winning the game?
I’m not entirely sure what I will do. Wooing the girls and having them like me is on the list. I want to underplay how smart I am and hopefully have them think I’m just a dumb guy that likes to lift and works at a gym. That might work in my favor since they will think I’m only good in physical challenges.

I want to be part of two alliances, but be loyal to one. That way, I don’t put all my eggs in one basket. I won’t change my personality though. I’ll still be the funny guy that I am and do my best to stay on everyone’s good side, while slowly stabbing people in the back.

My life’s motto is…
Get my money, develop my body, and get women.

In conclusion, let us end this post with another image of Victor Arroyo shirtless. Hmmm, them are some lovely washboard abs! 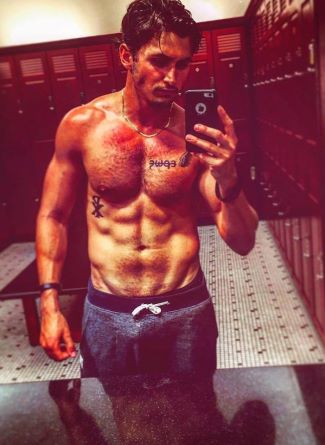 Oh wait, here’s the final pic. It’s a portrait of his family when he was younger: 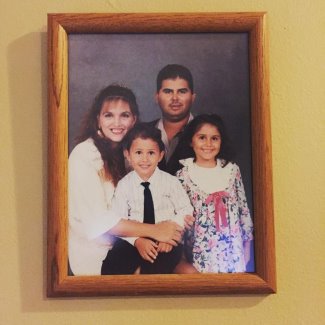