Versace Red Dress: Angelina Jolie’s Red Carpet Fashion Style. We’ve been so used to seeing Angelina Jolie in black so we are surprised and delighted when we saw these photos of Angie during the Russian premiere of her movie, Salt. To say that she looks stunning in her red dress by Versace is an understatement. 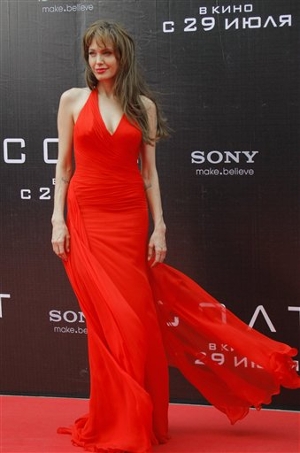 The guy on the left kinda looks like Alex Rodriguez, no? 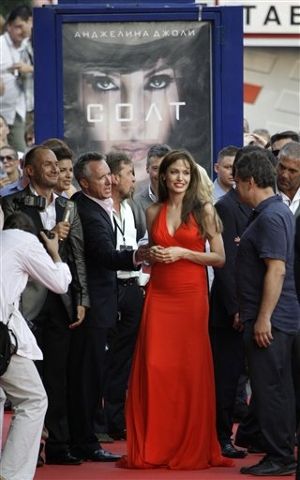 How gorgeous is our Angelina in her Versace red dress? 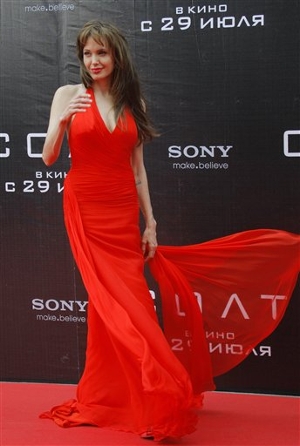 We’ve been featuring female celebrities wearing red dresses (such as Gwyneth Paltrow, Kim Kardashian, and Taylor Swift); there is no doubt in our minds that Angelina is the queen of them all. She really really rocks her red dress.

OTHER BLOG ENTRIES WE WROTE ABOUT ANGIE AND SALT:

In case you are wondering as we were, the Evelyn A. Salt that Angelina Jolie is portraying in her upcoming movie, Salt, is a totally fictional character. That’s what we think anyways after we googled the name and came up empty. So don’t take our word 100%.

By the way, if there’s going to be any Spider Woman movie, we suggest that Angie be cast in said role because she apparently knows how to climb building walls. 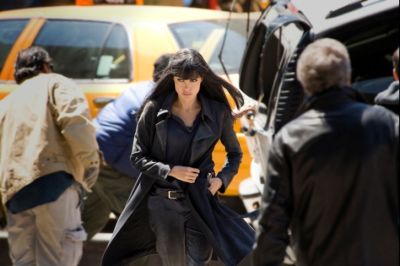 Which of these long coats do you like better? The black one or the light brown one? 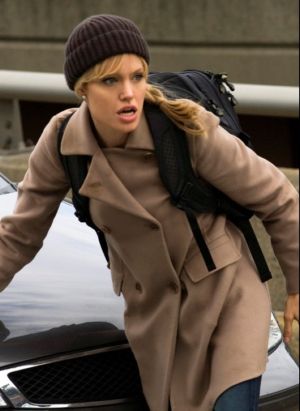 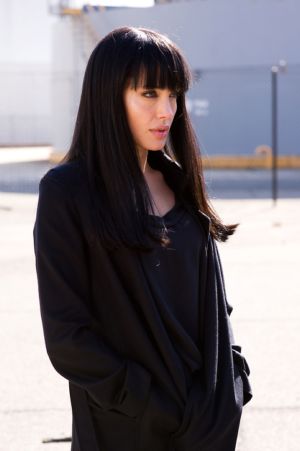 Here’s the trailer for Angelina Jolie’s spy thriller movie, Salt. It’s something we are looking forward to come 2010. It looks very promising, no?

Wherever he is Richard N. Haass must be thanking Angelina Jolie for drawing attention to his book, “War of Necessity, War of Choice: A Memoir of Two Iraq Wars” which the actress is reportedly reading on the set of her movie, Salt.

Somewhere in her dungeon, the pathetic Jennifer Aniston and her publicist are searching for books with which to “outread” Angelina.