Chris Pine Leather Pants on Details Magazine. Holy canoly. Chris Pine’s leather pants by Versace has got to be the hottest leather pants ever ever. Damn. This photo is soo making us drool. Come on, admit it you’re drooling too aren’t you. 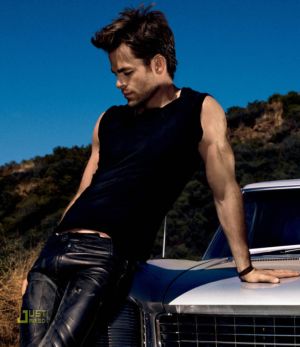 This pair of Versace leather trousers and this Hollywood actor are sooo made for each other, no? If we have the money, we won’t mind buying them both. Hehehe. 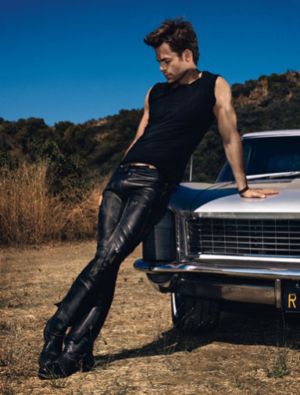 Update: Turns out there are more images from the Chris Pine leather pants photoshoot for Details Magazine. 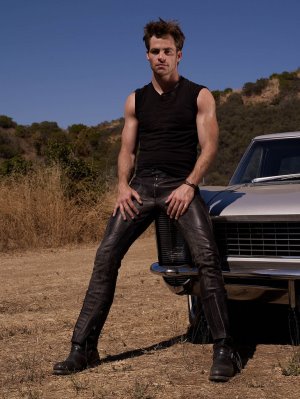 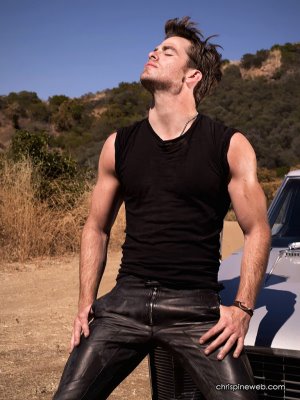 And here’s the most important image of them all: our Chris as a leather-wearin’ cover boy of a prestigious magazine. 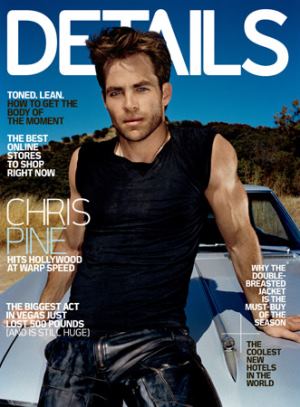 What brand of jacket is it? People around the internets are still debating the issue: some say its a Diesel leather jacket, some say its made by Belstaff (particularly a Loktite leather), while others insist its custom-made for the movie. Who knows? Unless Chris or the producer come out and tell us more about the jacket, people can only speculate at this point. 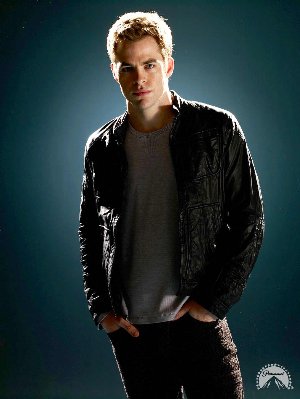 Chris joins the newsboy-wearing-Hollywood-celebrity list. He’s in good company as that list includes A-Listers like Brad Pitt, Leo di Caprio, and David Beckham (an A-Lister in the football world). 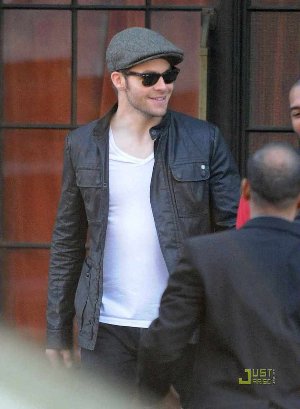 Nice to see Chris mingle with his fans the source of any celebrity’s power. Right? 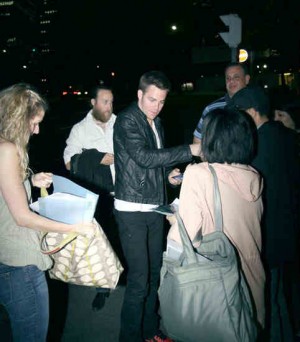 We’re betting we’re not the only ones wishing we’re that water bottle our Chris is drinking from? Well, only for a minute because we really don’t want to trade our fabulous lives with that of an inanimate water bottle, do we? 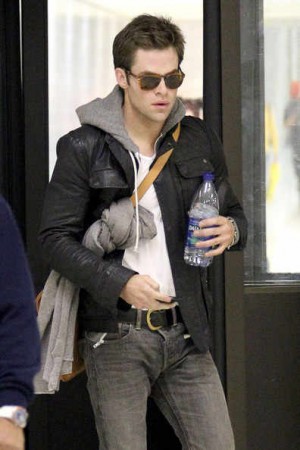