Vernon Davis Shirtless, Underwear, Girlfriend. Of the celebrities announced to have been cast on the upcoming season of Dancing With the Stars, the one we are most looking forward to is retired football star Vernon Davis.

The folks at sportsbettingdime.com are putting him in the bottom half on their list of contestants who are likely to win the competition. We think they are underrating the guy.

They seem to have forgotten that footballers tend to do well on the show. In fact, the NFL has produced four DWTS champions who brought home the mirror ball trophy: Emmitt Smith, Hines Ward, Rashad Jennings, and Donald Driver. Don’t be surprised if Vernon walks away with the 5th disco ball.

Vernon Davis Girlfriend or Relationship Status? He proposed to fiancee Kayla last September 2018. Here’s a photo of the moment he bowed before her asking to be his wife: 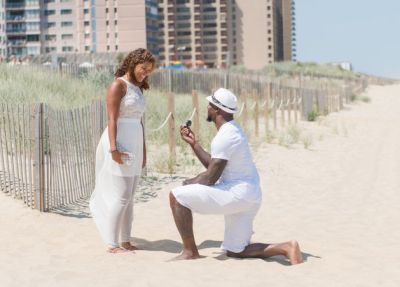 How did these two meet? Martha Stewart (marthastewart.com) has the details: “Kayla Sortor and Vernon Davis met at a bar in Washington, D.C. “He was a gentleman with a kind spirit and beautiful smile,’ remembers Kayla, a government conference planner. ‘I thought Kayla was everything I ever dreamed of,” Vernon adds. ‘Smart, beautiful, athletic, and extremely benevolent.'” 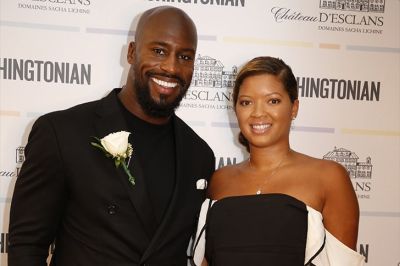 The report adds: “A week after that initial meeting, Vernon (who plays football for the Washington Redskins) texted Kayla to ask her to dinner, where he ended up ordering nearly everything on the menu and told her to try everything they had to offer. She was impressed that she’d found someone that enjoyed food as much as she did. It helped that the conversation flowed, too. Things moved fast after that: They were in a relationship, said ‘I love you’ after two months, and were checking out engagement rings within a year.”

Vernon Davis Shirtless and Underwear Photos. Did you know that our football hunk was once featured on the ESPN Body Issue magazine? Unfortunately, because we are afraid of our Grandma Akita, we have to crop the photos from Vernon’s photoshoot: 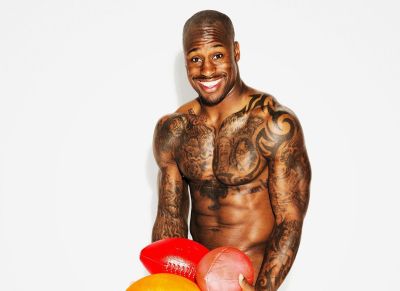 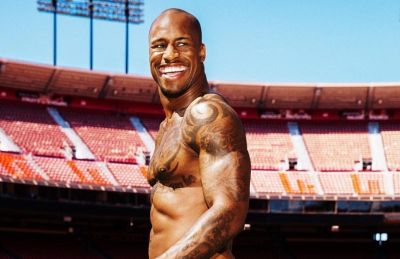 He’s got a body that’s sculpted like a marble statue, no? 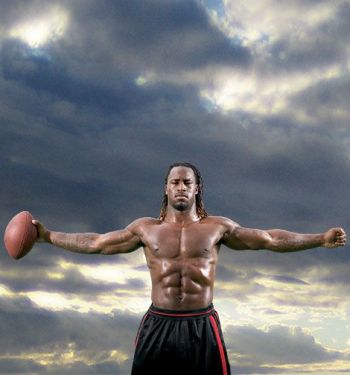 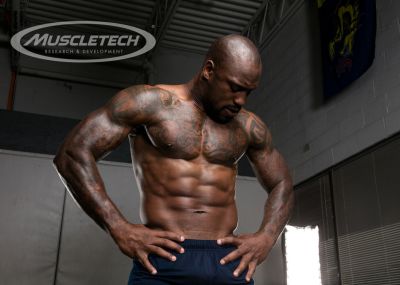 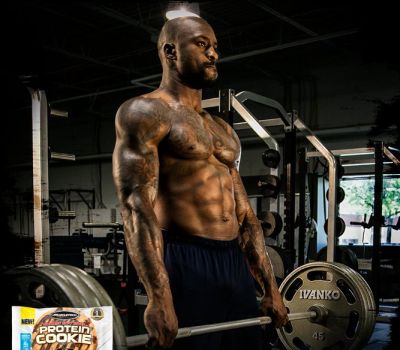 Unfortunately, we can’t find any photos of Vernon in his underoos but we did find a more intriguing photo of the football star in his uniform. 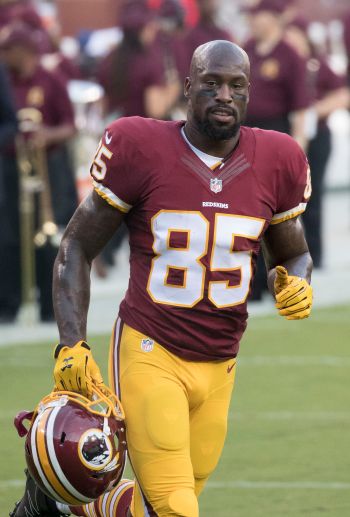 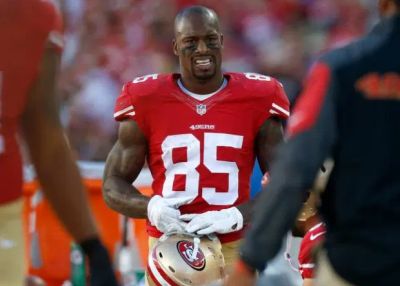 That’s it for now, fellow Famewatchers. Let’s all check out DWTS on ABC to see whether Vernon will become the 5th NFL player to bring home the disco ball trophy as we predict he will. 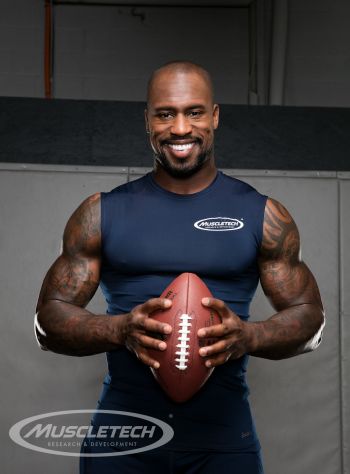