Usher Underwear Boxers or Briefs Photo Collection. Since we first wrote the post below on Usher’s underwear, the R&B superstar has upped his game of underwear exhibitionism. So, of course, we decided to give you a second update. Not that we are complaining or anything. On the contrary, we are liking us our Usher underwear pics.

And, why not, who is going to dislike this Usher working out in his sports underwear photo? 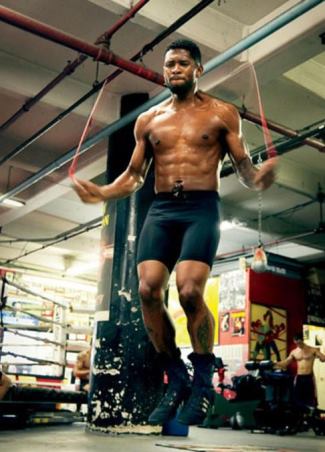 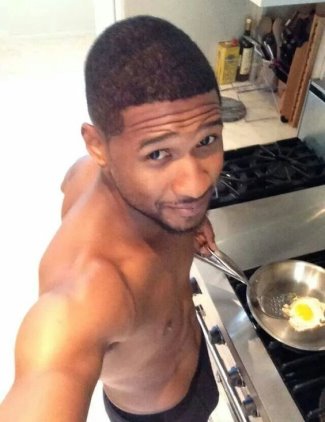 Or this “lemme drop my trousers for my adoring fans” underwear photo? 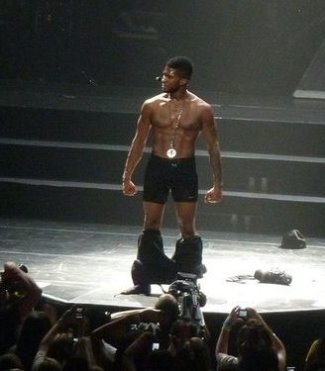 He is an exhibitionist and we are loving him for it. Now, please tell us we are not the only ones hoping he’ll pull a similar “lemme show you my undies” stunt while he’s judging on The Voice. Something like that would most definitely break the internet, no?

We wanted to give you all Usher underwear photos from the internet but we don’t have the time so you will have to settle for this. 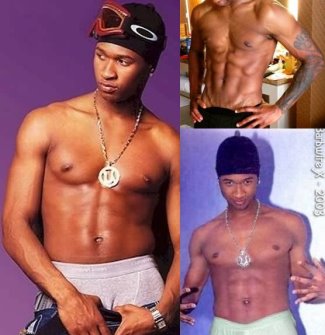 What brand of underwear does he like to wear? This young Usher underwear photo tells us he likes Calvin Kleins. Good choice, Young Usher! 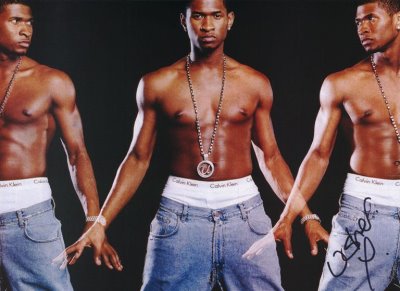 Original Post (9 March 2009): If you look at the Usher underwear photo below, you’d agree with us that the R&B singer should be an underwear model. First of all, he has the gift that male models should have if they’re modeling undies. Secondly, well its Usher!

But our friend Deena suggests that maybe this photo is not the real deal. Probably its been photoshopped? Or maybe he stuffed a banana down there? What do you think, fellow Famewatchers?

Seriously, if that’s the real thing Usher can give Michael Biserta a run for his modeling money! Not that Usher needs more money because he is rich.

UPDATE: Sorry, we had to remove the original picture because we realized that it is too risky for this site. But here’s a less controversial pic of Usher in his boxer briefs. 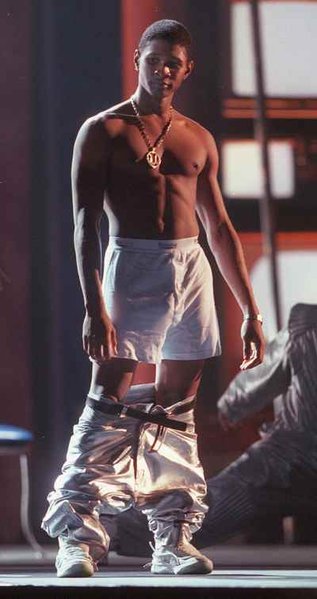 UPDATE 2: Usher continues to make “underwear news” by asking Royal Sister Pippa Middleton to model for his underwear line. He’s willing to pay tons of money for his wish to come true and has reportedly asked Pippa to “name her price”. If we were Pippa, we’d ask for US$ 1 billion. After all, as the sister of a royal, she can demand any price she wants, right?

Anyhoo, here’s what the underwear mogul (yeah, let’s just go ahead and call Usher an underwear mogul) said about his prospective model and brand ambassador:

“I don’t think there’s a more beautiful, more stunning, more talked-about woman in the world at the moment. I’m sure everybody is trying to sign her up. She won’t be cheap, but she has the looks and the popularity to really establish a new product.”

Question for you fellow Famewatchers: If you were Pippa, would you take Usher’s offer? Or would she ignore it because it is bad for her sister’s image?