Georges St-Pierre Models Under Armour Underwear. Under Armour, an American clothing company known for its performance apparel and other sports wear, is reportedly hiring mixed martial arts (MMA) fighter Georges St-Pierre as its model/endorser. According to a Reuters report, French-Canadian St-Pierre will “serve as the face for the company’s underwear — one of its most popular items — as well as for three new lines of compression-based clothing”. 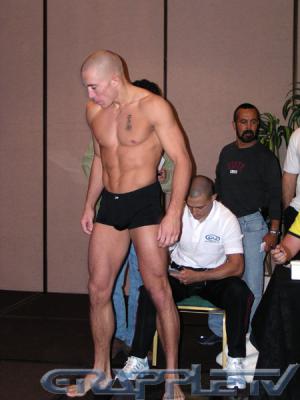 It’s a good pick for Under Armour. Look at them awesome body of Monsieur St-Pierre. He is more modelesque than tons of professional models we’ve seen in the past.

UPDATE: We now have a photo of GSP in his Under Armour boxers. Pretty cool, eh? 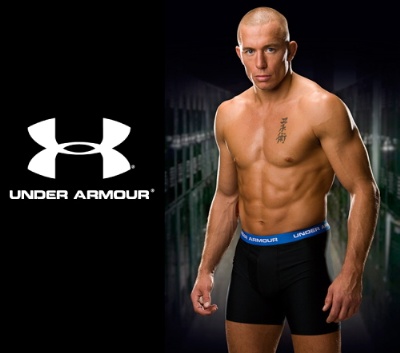 In announcing their partnership with the Canadian fighter, the company revealed that it is not limiting its GSP-Underarmour marketing strategy to just MMA people.

Says Under Armour SVP Steve Battista on their new spokesmodel: “I see him (George St. Pierre) representing the brand across the board. I think he’s got an appeal that transcends mixed martial arts. I think he represents a whole new style of training and, really, whole new mentality about his sport.”

And what does our Canadian fighter say about his Under Armour deal? Obviously, he’s happy to be associating himself with a respected brand.

Here’s a quote from our GSP: “You need to be very careful with which brand to associate yourself with,” said St. Pierre. “I never wanted to associate myself with a brand I didn’t like, even if they would pay me money. It’s a question of principles for me. And I think if you associate yourself with a brand that is not good for you, it doesn’t give you a good image. It can hurt you in the long run when you wanted to be associated with more high-standard brands.”

Some weigh-in photos of the best mixed martial arts fighter in the world (according to Kevin).