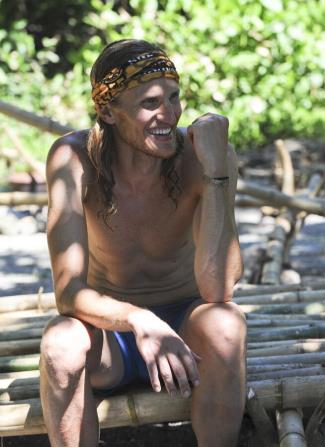 Lookin’ good Mr. Apostol. You go ahead and win that one million dollars. 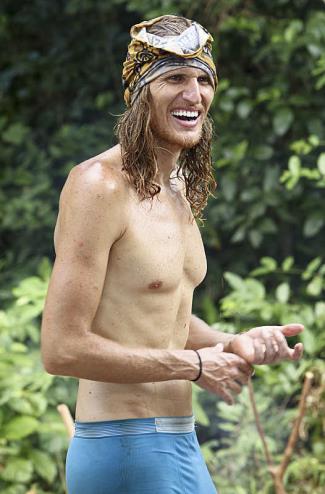 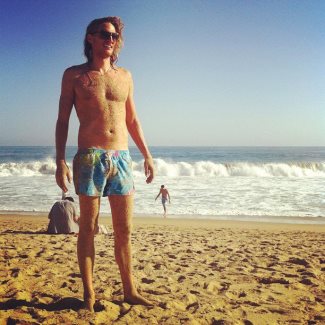 Jan 23 2009: This update is for Survivor fans who are googling “Tyson Apostol underwear“. Obviously, you like him so much you’d like to ogle at his undies. Can’t say we blame you. He is a pretty interesting dude, after all. Okay, so here’s Tyson wearing what looks like a pair of boxer-briefs underwear. 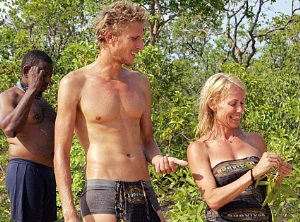 Ah, how to put a caption at the next picture below? Which of the following best describes the photo: a) Former Mormon missionary Tyson Apostol got tired of the missionary position so he’s now willing to try another – the dog style or b) Tyson is the new Kim Kardashian (Curvy behind? Check. Leopard print undies? Check. Willingness to show the world his behind and his undies? Check.) 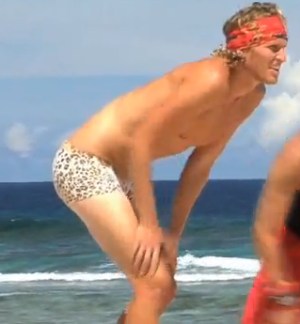 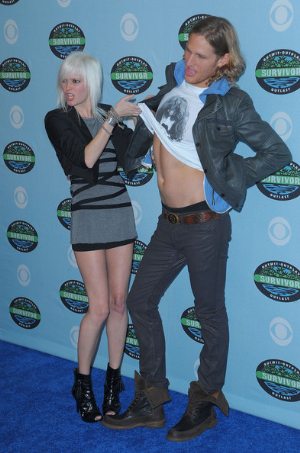 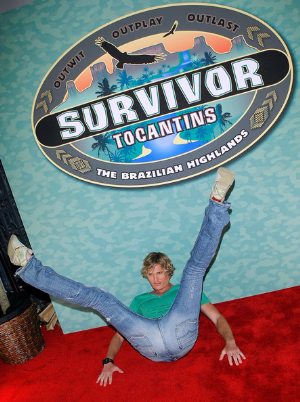 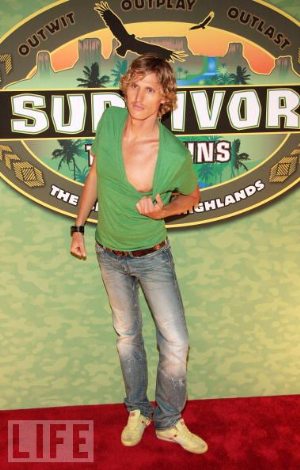 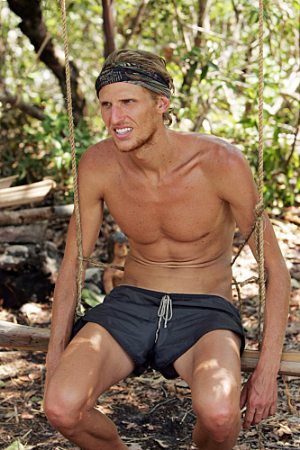 Survivor Tocantins Hunk: Tyson Apostol (23 January 2009). Hmm, a Mormon missionary who describes himself as witty, charming, and arrogant. Bring it on, Tyson. Let’s see your wit and arrogance. More about the guy from his cbs.com profile:

“Witty, charming and arrogant is how Tyson Apostol describes himself. This former pro-cyclist and swimmer believes that his natural athleticism, combined with his “life of the party” personality, will get him far in he game. His favorite movie is “The Jerk” and that’s how some people just might describe him.”

“He compares his game strategy to that of some of the most entertaining castaways to ever play the game. Much like them, he is willing to do almost anything to win one million dollars, including implementing the use of lies and deceit to feed off the “emotional weakness” of the other castaways. A Brigham Young University drop-out, he is actually very well traveled and skilled in street smarts, previously spending two years in the Philippines as a Mormon missionary, in addition to six years as a cyclist in Switzerland, Belgium and Austria.”