Tyra Banks Nose Job Update. We are updating this post to give you more before and after photos of Tyra Banks and her alleged plastic surgery. We gotta say though that whether she had a nose job or not, she really looks gorgeous and every inch a supermodel. 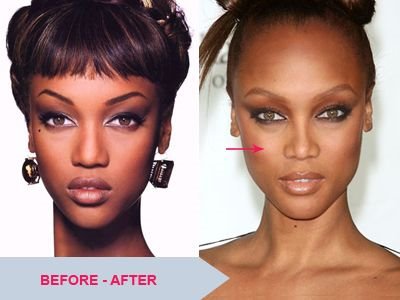 Can you spot the difference in the pics? 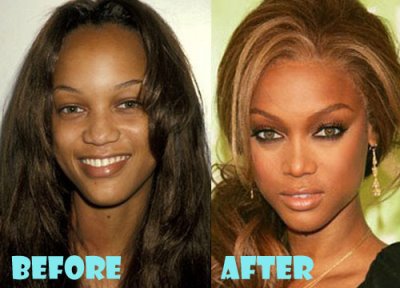 Tyra Banks nose job before and after photos. 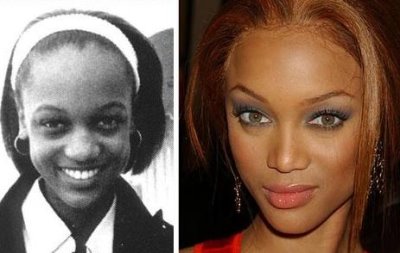 …..
Tyra Banks Nose Job Plastic Surgery: Before and After Photos (12 November 2009). We love Tyra. We love her show. We watch it regularly. We’re glad she’s emerged as the top-earning female star on prime time. But we still have to ask this question: Did she have a nose job to improve her looks? 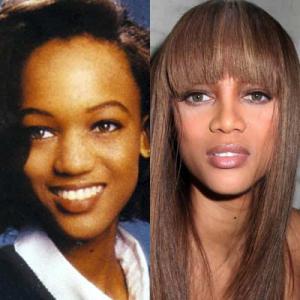 Sorry, we got to ask after looking at this the above photos. Isn’t there a BIG difference nasal-wise between young schoolgirl Tyra and Supermodel of the World Tyra?

Nothing wrong with a nose job of course. Well, actually, when we were younger we thought that people who get rhinoplasties or any kind of cosmetic surgery are silly, insecure, and shallow people.

We kinda still think that’s true but if you work in an industry – like the movies, or TV, or modeling – where you are judged by the way you look then you can be silly, insecure, and shallow because, after all, practically everyone — like our favorite comedienne Kathy Griffin, to he-man Sylvester Stallone, to the anti-Simon judge of Britain’s Got Talent Louis Walsh, to the potty mouthed Gordon Ramsay, to Nicole Kidman, and many many more to mention — is silly, insecure, and shallow. We don’t judge them anymore unlike when we were younger. We understand that these folks gotta do what they gotta do.

…..
Tyra Banks’ Fashion Style: Jeans and Rubber Shoes. Our favorite television diva Tyra Banks goes shopping in her tight-fitting skinny jeans. Real, nice. The pink shoelace is kind of cute too. Hey Tyra, what do you have in your shopping bag? Our friend Deena, who’s a big fan of yours, would like to know. 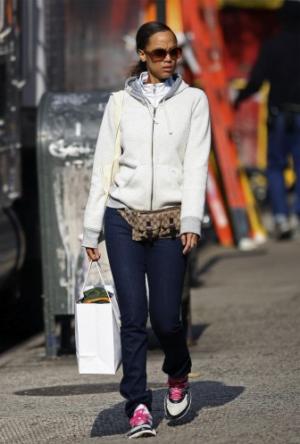 Want more female celebrities in jeans? Or would you rather ogle at shirtless farmboys in jeans? Your pick!