Nasty Pig Male Model Photos: Tyler Davin. Ever heard of Nasty Pig underwear? This is the first time we hear about it but we must give props to whoever came up with the unique brand name. It’s an intriguing and memorable name. In this day and age where there are thousands and thousands of underwear brands out there, getting your label remembered by people is half the battle won, right? So kudos to whoever thought of the name Nasty Pig.

Now it’s time to meet some male models in their Nasty Pig underwear. First, here’s American male model Tyler Davin. You actually met him already in our post on skimpy men’s underwear. Aside from modeling, this New York hunk is also a personal trainer and a nutritionist.

Okay, time to check out other men in their nasties. What do you think of this muscle hunk in his Nasty Pig jockstrap underwear? Does he look like a mixed martial arts fighter to you? He’s a sexy badass, no? He’s the kind of guy who your mama won’t approve of but who you’ll go out with anyway. Hehe.

Or maybe you’d rather date this techie geek? A geek with washboard abs who packs his undies? That’s a rare but powerful combination, eh?

Our next model below is reportedly wearing a Nasty Pig codpiece. What a codpiece is and why they are calling what looks like a jockstrap to us a codpiece are questions we’d like to ask.

By the way, do you know the name of the codpiece-wearing model above. He looks familiar. We’re pretty sure we blogged about him before but we can’t put a name with the pretty face.

Note:  Nearly all the underwear photos referred to in this post have been moved to our men’s underwear gallery. Our apologies.

Apparently, the label does not limit its product line to sexy briefs, to jockstraps, to codpieces, and boxer shorts. It also has other apparel such as all the clothes that this skater guy is wearing. 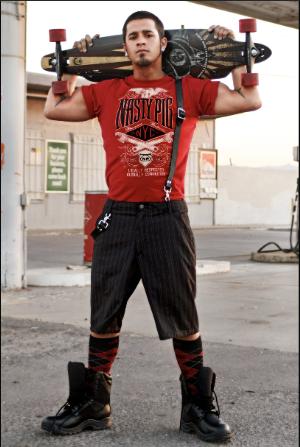 As well as all these guys’ outfits. 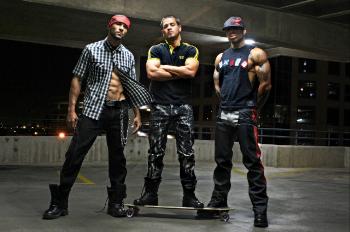 We’re betting a hundred bucks that this dude is another MMA fighter. 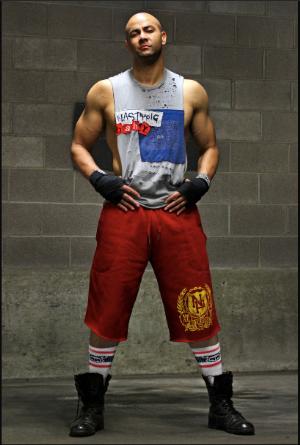 Okay, that’s it for now fellow Famewatchers. But we’ll bring you more Nasty Pig male underwear models in the future.

Note: Nearly all the underwear photos referred to in this post have been moved to our men’s underwear gallery. Please check it out.