Tyler Cameron Underwear, Shirtless Abs, and Girlfriend. Hmmm, when was the last time we blogged about celebrities wearing tighty whitie underwear? Must have been years ago, no?

Tighty whities, which used to be underwear of choice for most men, appear to have been overtaken by boxer briefs when it comes to popularity and usage. This is true not only for ordinary folks like our hubby but for celebrities as well such that the “boxers or briefs?” question has become irrelevant. Nearly all celebrities these days will answer that they prefer boxer briefs.

Which is why we are very happy to come across this photo of Tyler Cameron posing in a pair of tighty whities (pic by Taylor Miller). Yay. Yay. Yay. 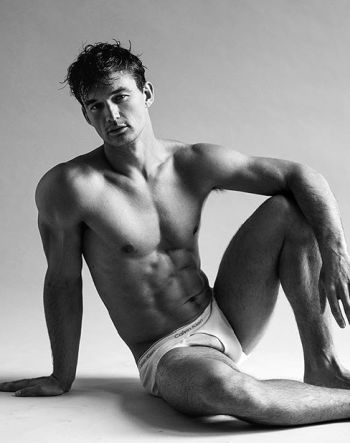 Tyler, for those of you not familiar with him, was the runner-up on the 15th season of The Bachelorette, an ABC reality TV mainstay which continues to top the ratings after all these years.  On the show, his occupation was listed as general contractor but he’s also a model who started doing modeling gigs while still in college. 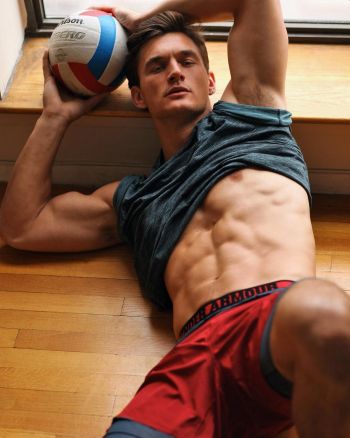 Tyler Cameron Gay or Straight? His pose is kinda gay in the next photo below but the guy is as straight as they come. You can call him a straight ally to the LGBT community as he is apparently close pals with Andy Cohen who is known here on Famewatcher as “the man who made the unprecedented move of giving himself a show in a network where he is a network executive.” 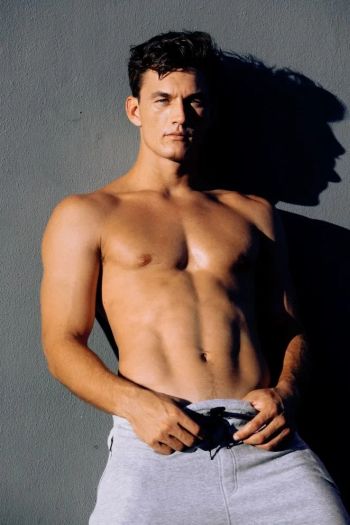 Tyler Cameron Girlfriend? He reportedly dated model Gigi Hadid but they called it quits last year. According to US News, the gorgeous model and reality star has been linked to other girls like Jilissa Ann Zoltko, Kristina Schulman, Stassie Karanikolaou, and Juliette Porter. 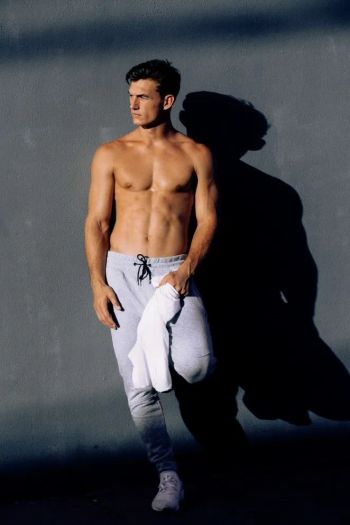 For those of you who are fans of hot guys shirtless in jeans. 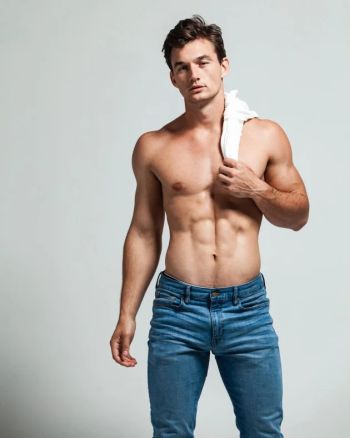 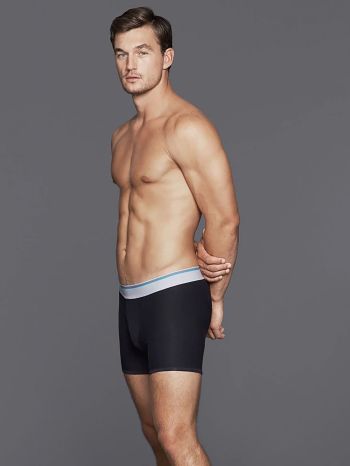 Can you ID the brand of underwear he’s wearing? It’s got no markings and a distinctive band which reminds us of Fruit of the Loom. 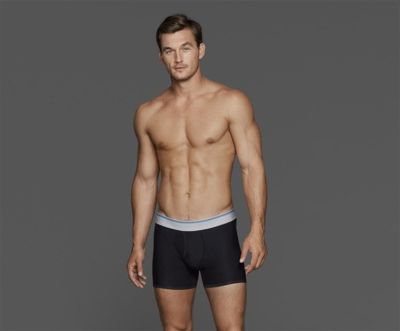