Tyler Blackburn Boyfriend, Husband, and Shirtless Photos. Today in bisexual celebrities, we bring you Pretty Little Liars actor Tyler Blackburn who came out as bi in an interview with the Advocate early this year.

The Advocate tells us more about Tyler’s story: “Embracing the scope of who he was took time and effort. While he had a couple of long-term relationships with women in his early 20s, Blackburn wasn’t entirely fulfilled by them, and he says he always had an ‘underlying curiosity’ about men. But as is the case for many bis*xuals, he battled social pressure to remain binary (either gay or straight). Deep down, he knew he was neither.” 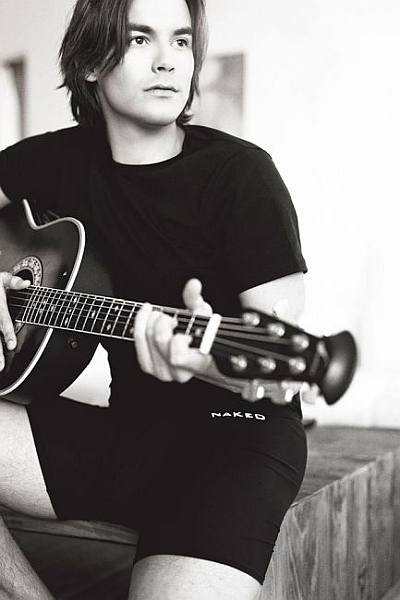 Tyler adds: “I heard so many things from within the queer community about bis*xuality being a cop-out or bullshit or the easy way out or something, and that always stuck with me because I felt the pressure from all sides to have [my s*xuality] figured out. And I think for the longest time, I suppressed more of my attraction to men. It wasn’t until my late 20s, towards the end of Pretty Little Liars, that I really allowed myself to go there and not just wonder about it or lust over it, but experience that vulnerability and experience the emotional aspect of what it is to be bis*xual.”

Tyler Blackburn Boyfriend? In a follow up interview with Playboy Magazine, Tyler revealed that he had a boyfriend while doing Pretty Little Liars. Unfortunately, things did not work out for the two. He tells us why: “My boyfriend was hanging out with me at a Pretty Little Liars convention, and some of the fans were like, ‘Are you Tyler’s brother?’ He was very patient, but then afterward he was like, ‘That kind of hurt me.’ It was a big part of why we didn’t work out, just because he was at a different place than I was. Unfortunately, we don’t really talk anymore, but if he reads this, I hope he knows that he helped me so much in so many ways.”

Awww. Sad! But he told Playboy Mag that he is now dating an amazing guy. Awww. Good for you, Tyler! Now tell us who the lucky dude is. Hehe.

Tyler Blackburn Underwear: Boxers of Briefs? He is wearing a pair of American Apparel boxer briefs in the photo below which we cropped because we don’t want to be in trouble again with our Grandma Akita. 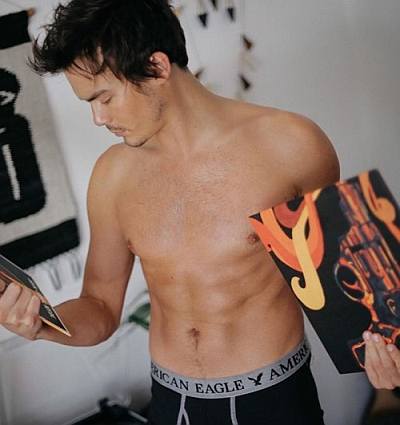 Let’s end this post with Tyler rocking a pair of Santa pants with his Pretty Little Liar pals, shall we? 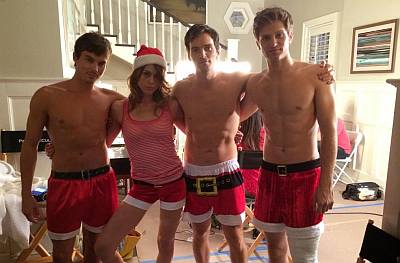