Tyler Alvarez Gay or Girlfriend and Shirtless Photos. Ever since her imaginary TV boyfriend Nev Schulman (of MTV’s Catfish) tied the knot a few months ago, our friend Deena has been looking for a new “imaginary nerdy boyfriend” to replace the now married TV host. Last night, Deena called us to say that she found a new imaginary beau in the person of Tyler Alvarez. Check him out. He’s a nerd alright and is a worthy replacement of Nev. Hehe. 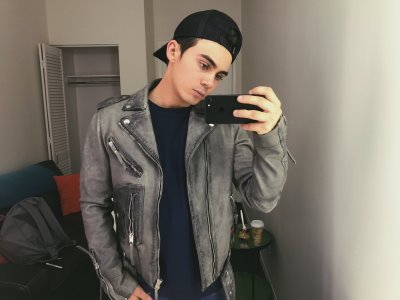 So who is Tyler Alvarez? Well, he is a 19 year old actor who stars as one of the leads of Netflix’s American Vandal. It is currently streaming and you should go watch it because it is delightfully funny. It will keep you at the edge of your seat too. Hehe. We highly recommend it.

Tyler is Deena’s beau in her dreams but does he have a girlfriend (or boyfriend) in real life? What is his relationship status? Is he single or is he dating someone? Also, is he gay or straight? Truth be told, we do not know whether he is gay or straight. We also do not know if he is taken already or whether he is still ready to mingle. If some internet commenters are to be believed, Tyler may have dated Every Witch Way co-star Paris Smith. 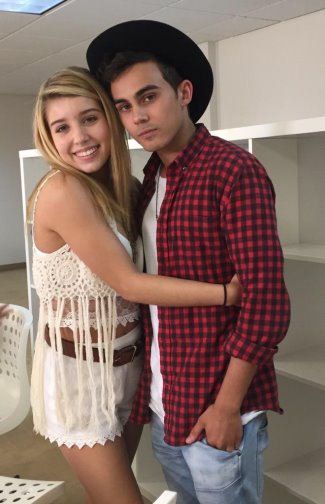 But did Tyler bring a dude to his prom? We grabbed this from his Twitter account (follow him @tyleralvarez). Is this a proof that Deena’s new imaginary beau is gay? Nah, it’s just a proof that he went to his prom with a dude. That’s all. 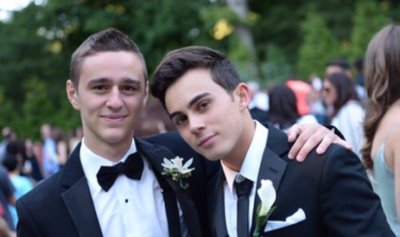 Tyler Alvarez Shirtless Photos. This section is for those of you looking for Tyler Alvarez shirtless pics. As in the photo above, we “borrowed” these images from Tyler’s social media account. Aside from Twitter, you might also want to follow him on Instragram (@tylerlavarez). 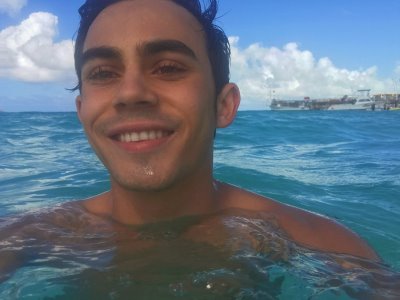 Hey look, the boy has some nicely sculpted abs! 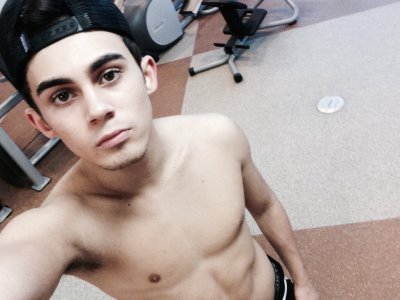 Update: Another Tyler Alvarez shirtless photo for our friend Deena. 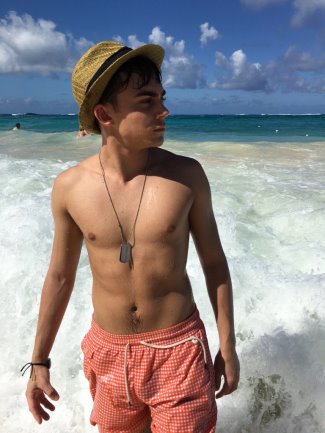