Tye White Shirtless. Whoa! Who is this hot cutie? His name, fellow clueless Famewatcher is Tye White. He is an actor whose star is about to rise higher because he is starring on Greenleaf, a drama series which will soon air on the Oprah Winfrey Network (OWN). 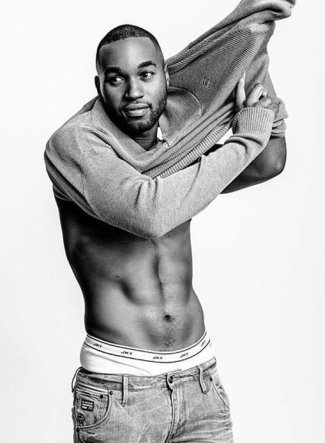 Now, here’s more info about the show Greenleaf and the role that Tye will be playing (via Deadline):

Before he became an actor, the cutie reportedly worked in business banking in Detroit. But then he decided to try his luck in the entertainment industry and moved to L.A. The Detroit Free Press has some details about his early days in Hollywood:

A West Coast transplant for nearly seven years, White says his journey has included “a lot of struggle and a lot of times calling back home and saying, ‘Dad, I need $500 for rent,’ and I would get an earful.”

He was considering returning to banking when he landed a role in VH1’s “Drumline: A New Beat,” a 2014 TV movie sequel to the 2002 theatrical hit.

“Ever since then, I’ve been taking the stairs up to the next level. I haven’t taken the elevator. I haven’t shot it out of the park yet, but I’ve been getting nice base hits,” he says.

His casting in Greenleaf is his biggest gig to date and this is a major get because he plays one of the regular characters in the series.


So how is it working with Oprah who is one of the most powerful figures in the entertainment world? Well, Tye tells us about their first meeting (via Detroit Free Press):

I’ve been down to Atlanta working with her since late October and I wrap up that at the end of March,” says White, who still finds it hard to believe he’s actually on the same show as the icon.

I was walking down the hall one day and someone yells, ‘Tye!’ I turned and looked and I’m like, ‘Oprah knows my name, seriously?’

Awww! How cute is that? Say what you will about her but Oprah deserves lots of props for giving opportunities to and supporting up-and-coming actors like Tye.

Doesn’t he look hawt, hawt, hawt in a police uniform? 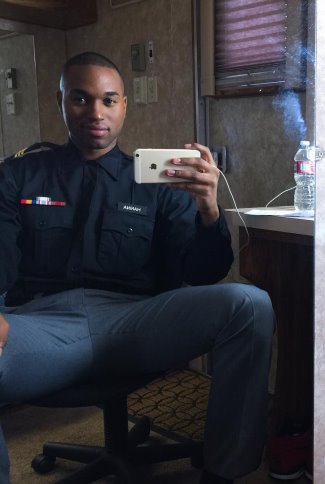 Is Tye White Gay or Straight? He is straight and he is dating a girlfriend. Her name, for those of you wondering is Rania Nasreen. They sure look good together, don’t they? 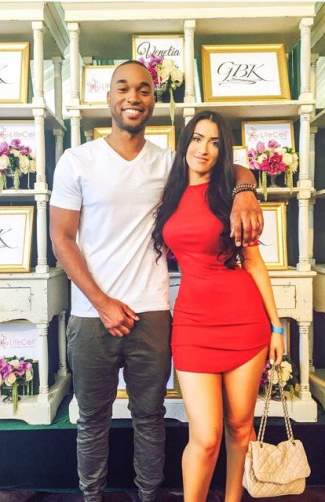 Let’s end this post with this photo of Tye looking cool in his leather jacket! 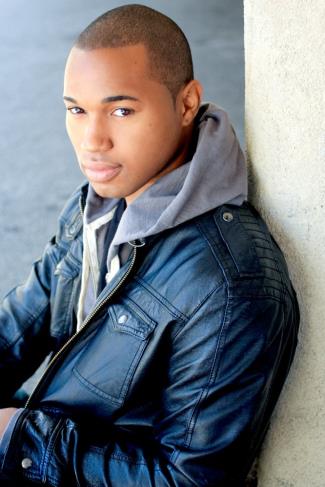 We wish Tye luck in his newest acting gig and may he have more projects in the future.