Ty Wood Shirtless, Underwear, Gay or Girlfriend: Chilling Adventures of Sabrina. Famewatchers, say hello to Ty Wood, a 24-year old Canadian actor who hails from Winnipeg, Manitoba which is, according to a family friend who lives there, also known as The City of Harsh Winters. But let’s not get distracted by Winterpeg but focus instead on one of its native sons, shall we?

Ain’t he looking cool and hawt in his tank tap shirt? We have more of him wearing said shirt because it it Male Celebrity Tank Top Shirt Day here in at Famewatcher. Haha.

With his tank shirt and all, he kinda gives us a James Deanesque vibe. Want more Hot Canadian Men? 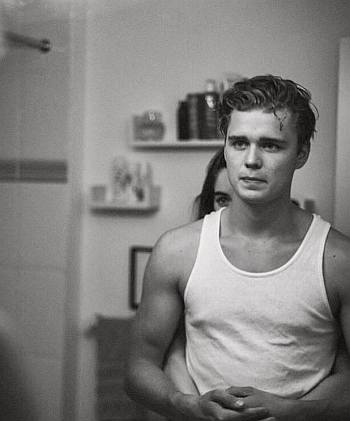 Now Ty began acting as far back as 2002 when he was only seven years old and already has 29 acting credits to his name on IMDB. His most current project, and the most notable to date, would be Chilling Adventures of Sabrina where he plays a high school bully named Billy Marlin.

He and his pals were such bad dudes that Sabrina and her fellow witches decided to exact revenge on them by making the guys snogging each other. And this explains why they ended up in nothing but their underwear. Seriously, this really happened on the Netflix show. Check it out on Chapter 9 aka episode 9. 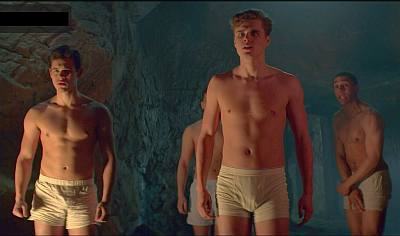 What’s the moral of the story? Well, don’t make witches angry. Better yet, don’t be a douchebag. But then again we won’t be seeing Billy and his pals in their underoos if they are goody-goody two shoes. For those of you wondering, Ty aka Billy is the one in front wearing boxer briefs. 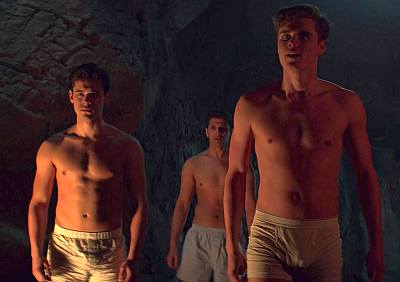 Ty Wood Gay or Straight? Relationship Status? We do not know the answers to these questions but we will update this post once we have the relevant information. Now, do not make the same mistake we made in thinking that he dated Rosie Huntington Whiteley. Initially, we thought he did until we discovered that it’s another Ty Wood (Tyrone Wood) and not our Canadian cutie (who also goes by Tyson Wood). Anyhoo, here’s Rosie and Tyrone on a date back in 2009. We thought of not including this pic but we already uploaded it so we went, “Ehhh, just leave it there but make sure to note that it is a different Ty.” 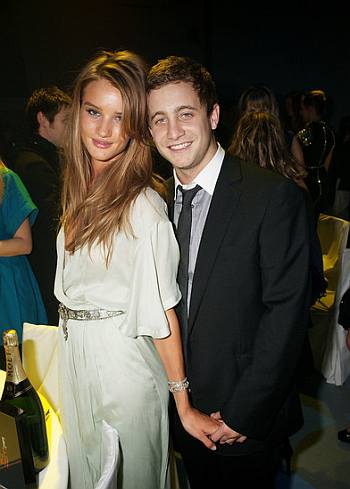 Want more Ty Wood shirtless photos? Of course you do! So here we go! 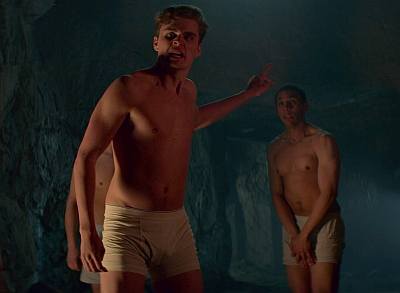 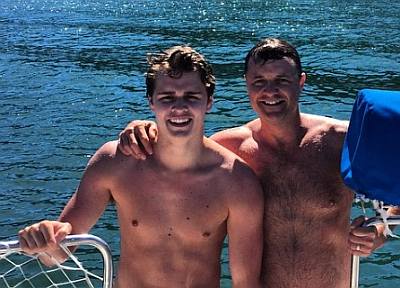