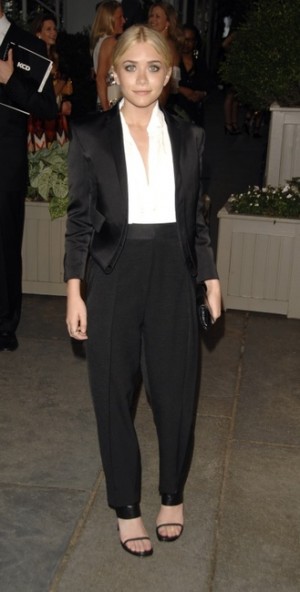 She looks very much like the model, isn’t she? 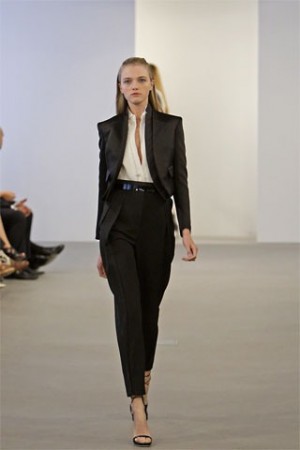 …..
Salvatore Ferragamo Pantsuits for Women: Angelina Jolie Style (30 December 2012). It’s cool these days to be an Angelina Jolie fashion fan because she’s been globetrotting in Europe in various designer clothes, no? We all know she’s into black but she does spice things up every now and then. 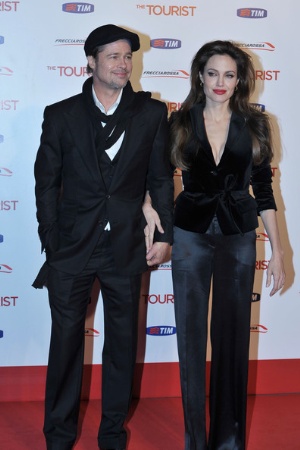 During the Rome premiere of The Tourist for instance, she opted for a Salvatore Ferragamo suit rather than the all-to-common evening dress. It’s still black (she won’t be Angie if it ain’t, no?) but it ain’t no boring dress, right? 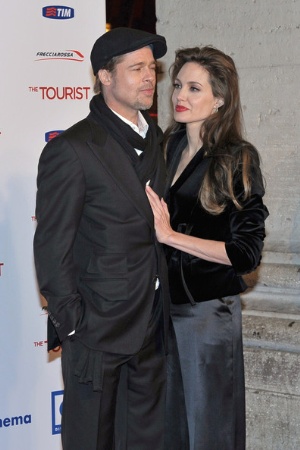 Aww, don’t you just love how these two are touching each other? But Brad is kind of a mess fashion-wise, no? Wearing a newsboy hat with a suit to a formal event (or even a semi-formal one) is a no no. Sure newsboy caps are kinda one of his fashion “trademarks” but it doesn’t go with his suit. But he’s Brad and he’s with Angie so let’s give him a pass, shall we? 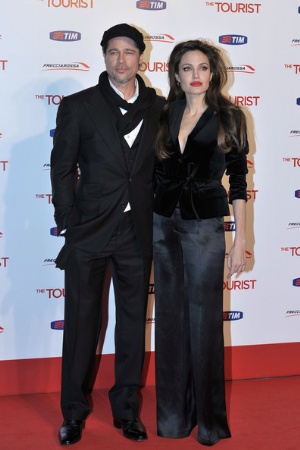 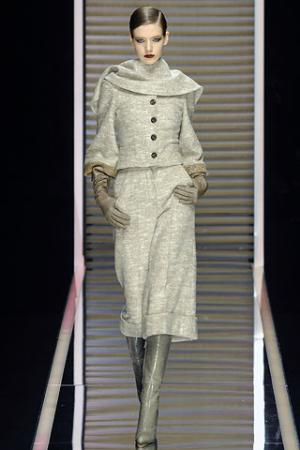 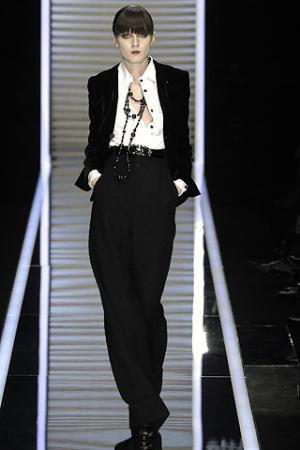 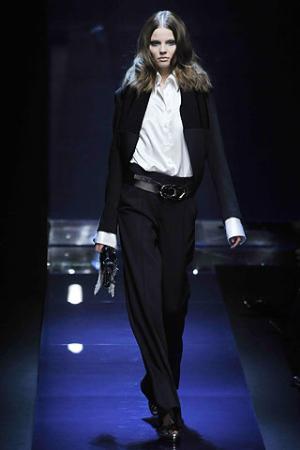 Here’s one from the Fall 2010 collection modeled by Jacquelyn Jablonski. 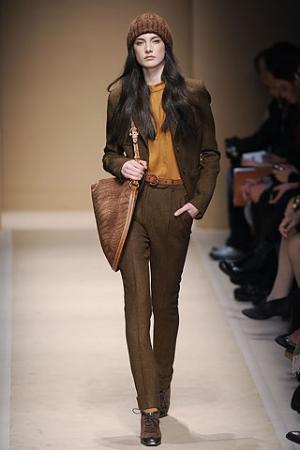 This light blue pantsuit, modeled by Lisanne De Jong, from the Salvatore Ferragamo Spring 2011 ready-to-wear collection is probably our favorite. 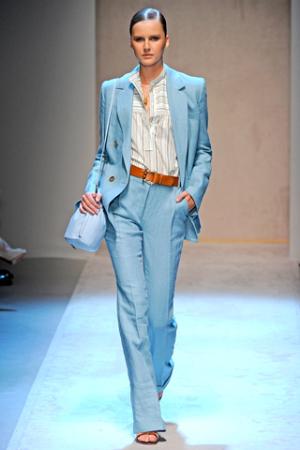 And last but not the least, here’s another one from the Spring 2011 collection. Kendra Spears is looking sassy in it, no? 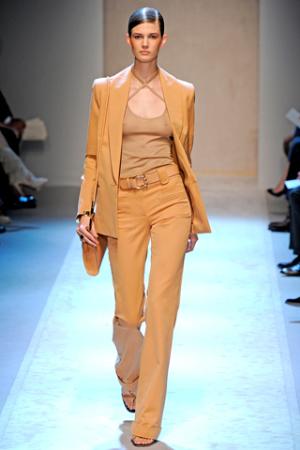 …..
Female Celebrities Wearing Calvin Klein Tuxedos (17 November 2011). Although we haven’t found any more Hollywood celebrities in CK tuxedo suits like the one Ashley Olsen is wearing above, we found one who’s wearing a tuxedo jacket by Calvin Klein. 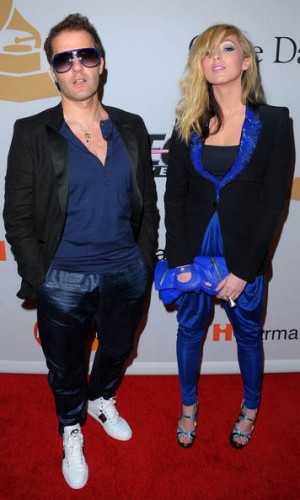 Anyhoo, The Ting Tings is fairly successful in the U.K. (they went number one in the UK Singles Chart and their album — 2 million sales in the UK and 4 million worldwide — also charted at number one).

Okay, we think you now have sufficient knowledge about Katie White and The Ting Tings so let’s move on to another CK tuxedo-wearing celebrity.

We don’t have to introduce you to Mila Kunis, right? We’re pretty sure you already know that she starred in a 1990s sitcom, The 70s Show. More recently, she starred in last year’s critical and surprise commercial hit, Black Swan, for which she received tons of acting nominations. She won three awards for the movie, i.e., Saturn Awards, Oklahoma Film Critics, and Venice Film Festival. 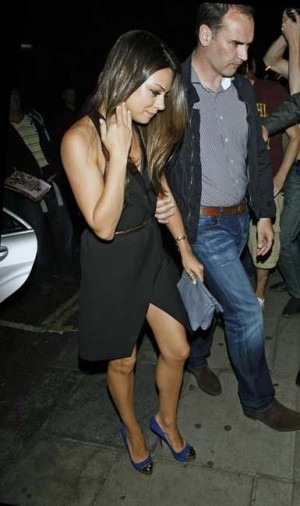 Anyhoo, Mila is wearing a tuxedo dress from the Calvin Klein 2012 Resort Collection.