Track Suit for Men: Bikkembergs Menswear For All Seasons. The mark of Belgian designer Dirk Bikkembergs’ menswear collection is how they tend to highlight male masculinity. This is true whether we are speaking of Bikkembergs suits or these Bikkembergs slim dress shirts. It is especially true if we speak of Dirk Bikkemberg’s sporty outfits such as these tracksuit collections from the Fall/Winter 2009 season to the latest Spring/Summer season.

Here are some male models in their Fall/Winter 2009 track suit for men. The pants are looser than the subsequent ones we see in the following seasons. 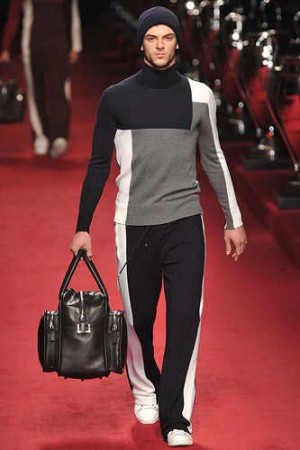 Oh, we just love all the guy’s outfit below. So clean. 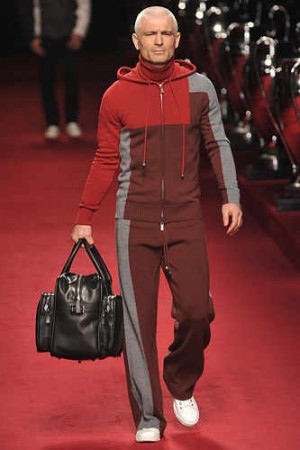 For Spring/Summer, Bikkembergs had his models carry some sports bag. Fitting, no? After all that sweating during your workout, you do need a bag of clean clothes to change into. 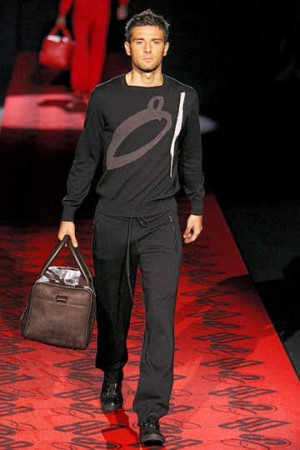 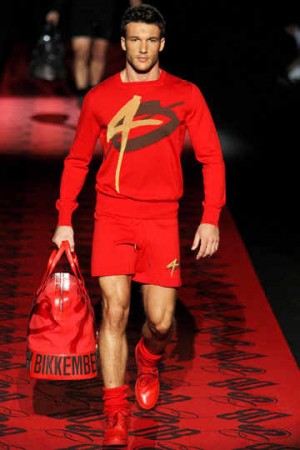 Dirks sportswear gets less loose and more form-fitting in Fall/Winter. 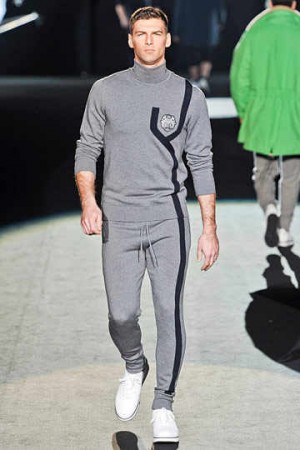 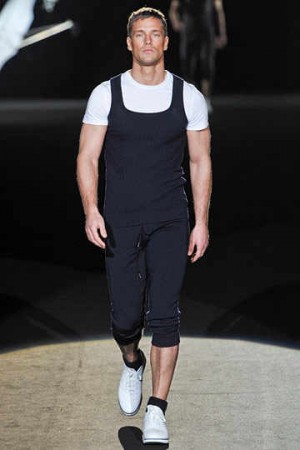 In his latest offering for Spring/Summer, Dirk Bikkembergs has gone Lycra and its reported that the design is inspired by watersports which is why this tracksuit (it’s a tracksuit, right?) reminds us so much of the controversial swimming bodysuits. 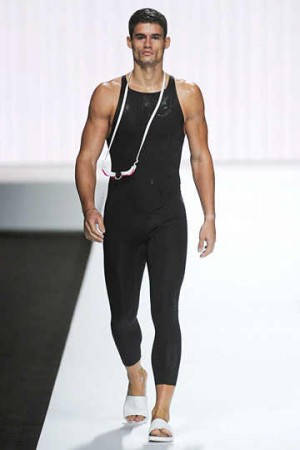 So which of these Dirk Bikkembergs sportswear over the years, appeal to you the most? 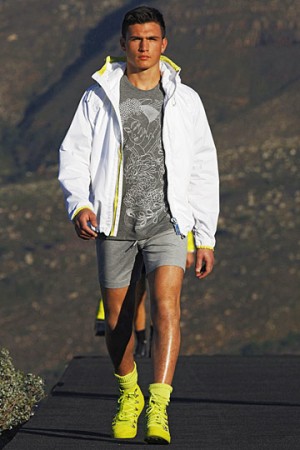 Dirk Bikkembergs Sportswear Update: Sports Jackets and Track Suit for Men. Check out these track suit and sports jackets from the Dirk Bikkembergs Spring Summer 2011 collection. What do you think of these men’s sportswear outfits? Our dude friend Kevin likes them except for the bright yellow shoes above.

He says he won’t be caught dead wearing it even if it was given to him for free. We think he’s ridiculous and is being overly choosy. There’s nothing wrong with brightly colored shoes whether yellow or not. What do you think? 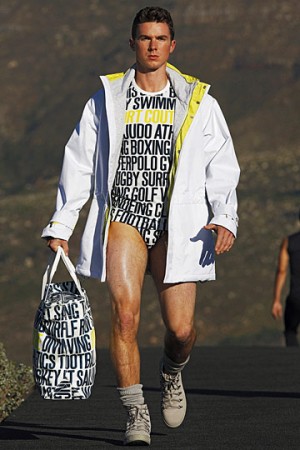 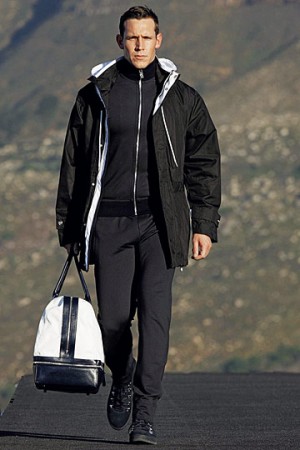