Topher Grace Shirtless, Underwear, Girlfriend. Today in Male Celebrity Underwear, we bring you our 1970s imaginary boyfriend Topher Grace and his boxer shorts. Pic is a screencap from the 2018 movie Delirium about a guy, played by Topher, who goes home to his father’s mansion after spending 20 years in a mental institution. 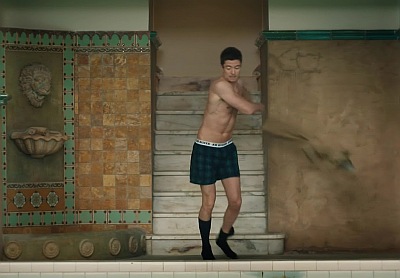 The above ain’t the only time we see our Topher’s body because, as you can see in the following screencaps below, he also goes shirtless or pants-less in the 2010 movie Valentines Day as well as in the 2014 movie Win a Date With Tad Hamilton which had Josh Duhamel playing the title character. 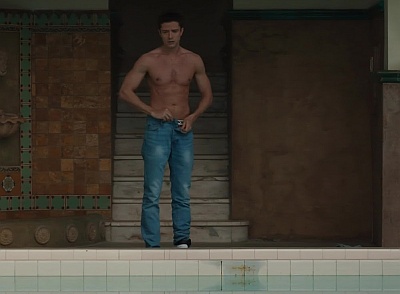 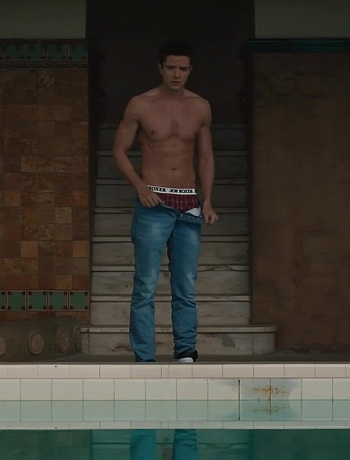 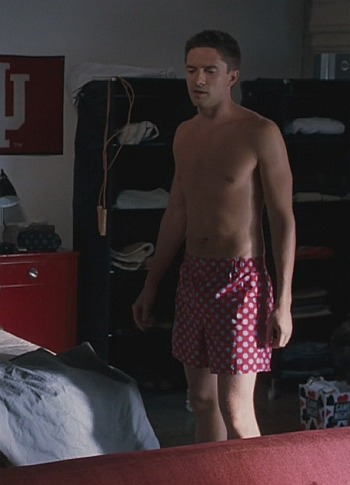 In this scene from Win a Date, Topher and Josh go toe-to-toe on who’s better at chopping firewood. We can’t remember who won but its our favorite part of the movie. Hehe. Seriously, who doesn’t like to watch shirtless guys as lumberjacks? 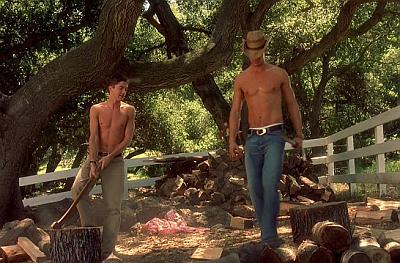 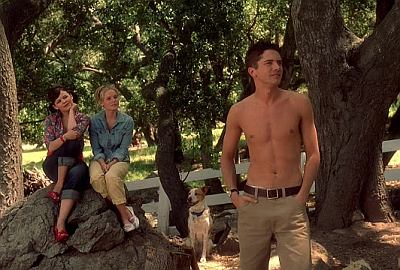 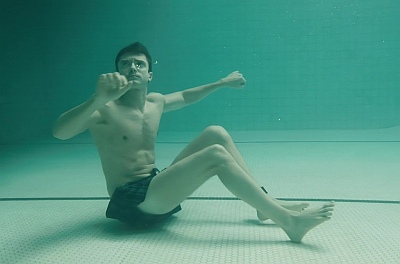 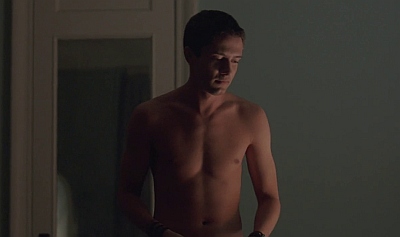 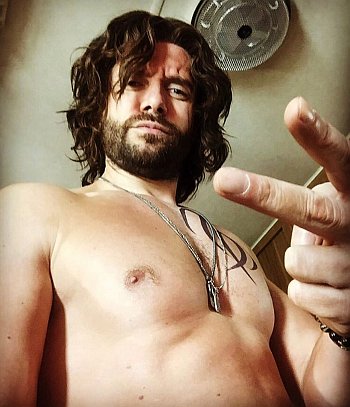 Oh, he will also appear on the upcoming Netflix series, That 90s Shows, where he will be playing his That 70s Show character, Eric Foreman. We do not know whether he — and the other 70s cast members — will have more than a cameo appearance but we sure hope we see more — rather than less — of him. 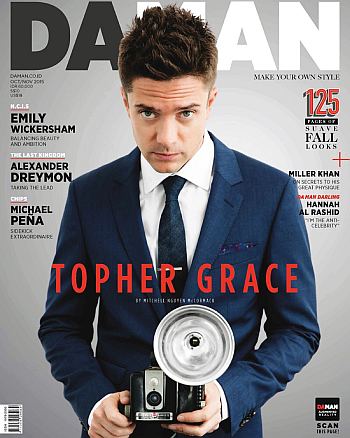 Currently, the actor is starring as one of the main characters in Home Economics, an ABC sitcom which will be premiering its third season this coming September. We still have to check it out but the reviews have been pretty good so far (82% fresh on Rotten Tomatoes).

Speaking of positive reviews, we must mention that Topher received great reviews for his role as David Duke in BlacKkKlansman. You should check it out if you haven’t seen it yet.  The film won the Grand Prix at the Cannes Film Festival and earned seven nominations at the Oscars where it won the best screenplay award. 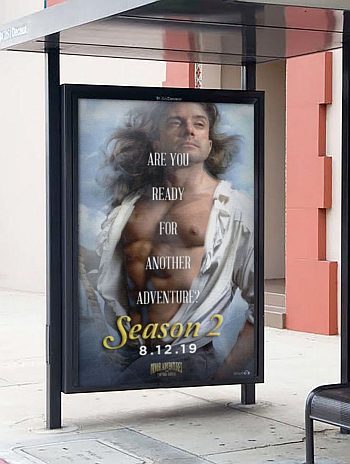 Topher Grace Gay or Straight? He is straight and married to wife Ashley Hinshaw but the youngsters among us may not know that Topher and Joseph Gordon Levitt, who guest-starred on That 70s Show, were the very first actors to feature in a same-s*x kiss on primetime TV. 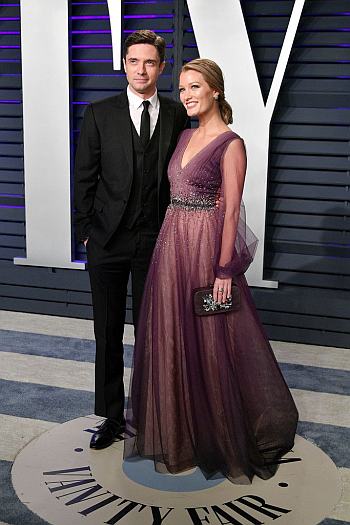 Apparently, the writers and the creator of the show toyed with the idea of creating an LGBT story arc for Topher but they eventually nixed the idea. Too ahead of its time, huh? 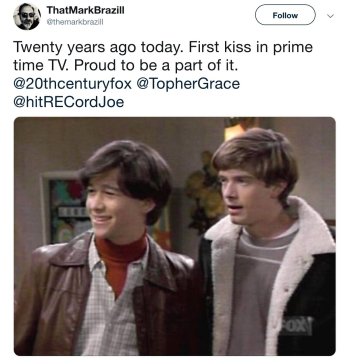