Anyhoo, let us check out the male models in their underwear as outerwear from said event, shall we? First up, Russian male model Arthur Kulkov who, from the looks of it, is trying to bring back the glory days of tennis headbands. END_OF_DOCUMENT_TOKEN_TO_BE_REPLACED

Tommy Hilfiger Mens Underwear Models. Who among your favorite male models have done a shoot in a pair of Tommy Hilfiger underwear? You are already aware of Jason Shaw, aka Paris Hilton’s partner in One Night in Paris, because we already blogged about him — see Tommy Hilfiger Boxers Underwear —  but here’s a pic of the guy who headlined the brand’s ad campaigns from 1998 to 2003.

More recently, here are some male models in Tommy Hilfiger undies. Check out Brazilian hunk Marlon Teixeira in a pair of Tommy Hilfiger boxer briefs. This image, by Dean Isidro, is for the underwear catalogue of the Mexican retailer El Palacio de Hierro. END_OF_DOCUMENT_TOKEN_TO_BE_REPLACED

Is it American hunk Jason Shaw, the spokesmodel for the brand from 1998–2003? By the way, did you know that Jason was actually engaged to Paris Hilton? We don’t know whether to be impressed or to say, “Ewwww”.

Now what do you think of Spanish male model Gerard Salla’s plaid boxers underwear? It’s pretty neat, huh? For those of you not familiar with His Hunkiness, the 6’3″ tall Gerard is from Tarragona, Spain. He had his biggest break in the world of modeling when he landed a “Boss” Black Spring/Summer 2011 ad campaign. He can also include Tommy Hilfiger among the top brands he modeled for after he headlined the brand’s Fall/Winter underwear ad campaign. END_OF_DOCUMENT_TOKEN_TO_BE_REPLACED

Unfortunately, things didn’t work out for the two because they decided that they are better off as friends. From Metro.uk:

The pair hung out to discover if they were compatible. Friends have said nothing romantic happened because they decided they were better off as friends. END_OF_DOCUMENT_TOKEN_TO_BE_REPLACED 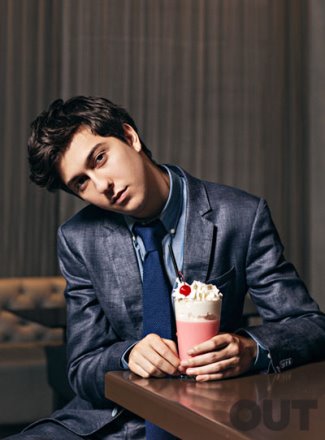 Look who’s wearing a Tommy Hilfiger suit? It’s 20-year-old actor Nat Wolff who is starring in the coming-of-age mystery Paper Towns which is opening this weekend. 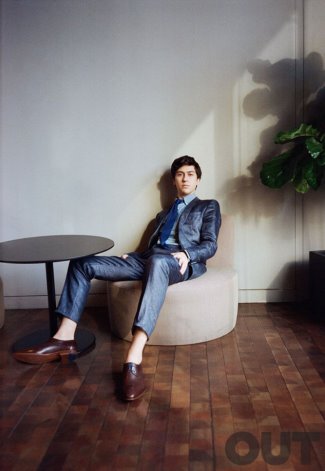 These pics are from the May 2014 issue of Out Magazine which is calling Nat the next big thing in Hollywood. END_OF_DOCUMENT_TOKEN_TO_BE_REPLACED