Tomasz Schafernaker Shirtless, Boyfriend, Short Shorts. We are making an update to our previous update about Tomas getting fired from his TV job to note that, apparently, our chest-baring British meteorologist has been back on the BBC for some time now.

Oh, also, he was voted three years ago as the Hottest Weather Forecaster by respondents to a Radio Times survey. Well, if he continues to give us shirtless beach body photos as he does below, we don’t see how he’ll be ever dethroned in the coming years. 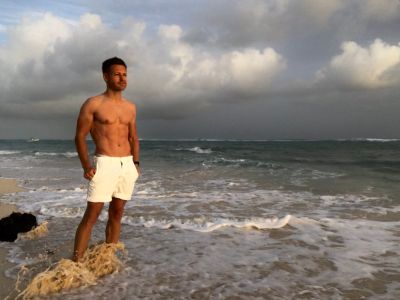 He sure likes long walks on the beach, huh? 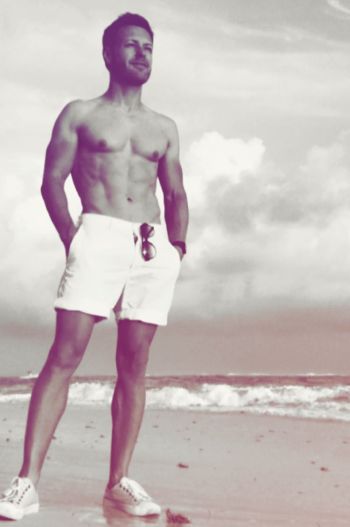 Update Again: Turns out he was named as Britain’s Favourite Weather Person not as Hottest Weather Forecaster in the 2017 Radio Times survey.

…..
Tomasz Schafernaker Shirtless (16 January 2010). Famewatchers meet Tomasz Schafernaker, a weatherman for the BBC, in his really skimpy shorts. His bosses were reportedly caught unaware of Tomasz’ posing for this photo so let’s hope he’s not going to get in trouble. 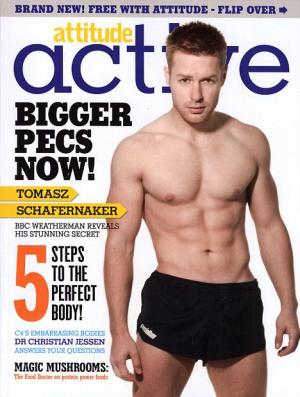 From the Daily Mail: “BBC bosses were completely unaware. The first thing they knew was when they were told by readers of Attitude magazine about the pictures of the toned-up meteorologist. Mr Schafernaker’s makeover stunned staff who were unaware of his impressive physique, which is usually kept well-hidden under his suit.”

A weather centre insider said it was a question of ‘minor hot water’ for not informing the corporation of the magazine article. The source said: ‘Eyebrows were raised big time. You have to look to see that it is him. The boy was transformed into a swan’.”

The BBC insider adds: “Let’s just say that everyone is seeing Tomasz in a different light now. But we are worried that when people are watching the weather when Tomasz presents they will not be able to concentrate on watching the symbols.”

You bet no one will be concentrating on them symbols. You can also bet that people will be mentally imagining his six-pack abs while he’s presenting his weather report. The more adventurous ones will also be imagining something like this: 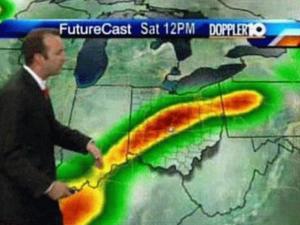 Note: The second photo below is not Tomasz but a different weatherman from the U.S.

Update: Ugh, the BBC bosses reportedly fired our Tomasz from his weatherman job. Damn. Damn. Damn those silly bosses. They’re supposedly two other weathermen as a cost-cutting measure but we still say damn, damn, damn them. Not surprisingly, some fans are upset by the decision and have established a facebook group calling for the retention of Tomasz.

Incidentally, before he was let go, another facebook group called “Campaign for Tomasz Schafernaker to present the weather in just his shorts”. That ain’t gonna happen considering that he’s been fired but this won’t stop us from ogling him in short shorts, right? Check out these photos. 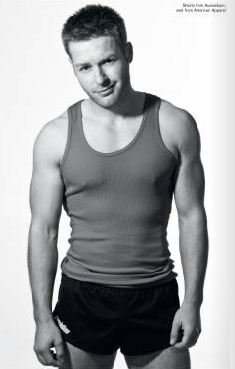 By the way, some of you are wondering whether Tomasz is gay. We don’t know the answer. Some commenters in forums and websites claim that he is indeed a friend of Dorothy but, without any categorical statement from him about the matter, these are mere speculations and nothing but. 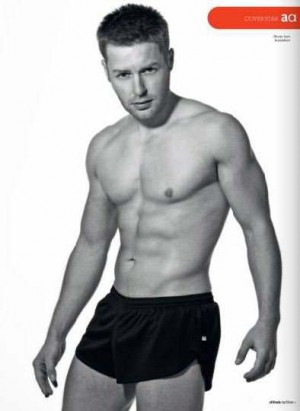