Here are some still photos of Clark/Tom wearing a cool black leather jacket from the 6th season (Combat episode) of the top-rating, Emmy Award-winning show. 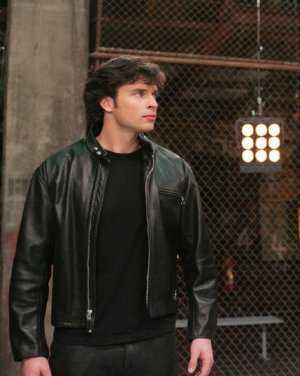 From the back. Want more men’s leather jackets? Check out our post on Mens Winter Leather Jackets. 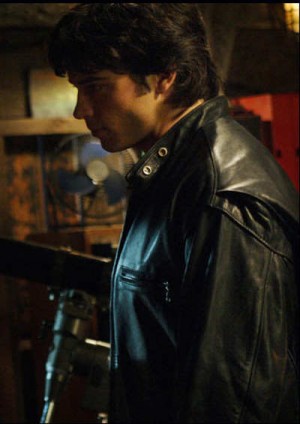 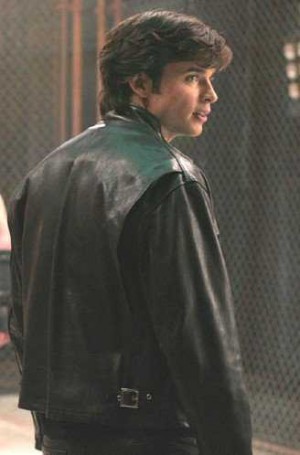 The above leather jacket is reportedly made by Schott NYC, an American apparel company based in New York. Established in 1913, Schott NYC has made some iconic leather jackets particularly the Perfecto which was worn by Hollywood royalty like the James Dean and Marlon Brando (in his 1953 movie, The Wild One). Oh wait, Elvis Presley also wore a Perfecto Schott leather jacket in in his 1957 film Jailhouse Rock).

But let’s get back to Clark Kent’s Smallville leather jackets, shall we? Hehe. We almost forgot the title of this post. Anyhoo, here’s another leather jacket seen in Smallville (Season 10, Booster and Masquerade episodes). 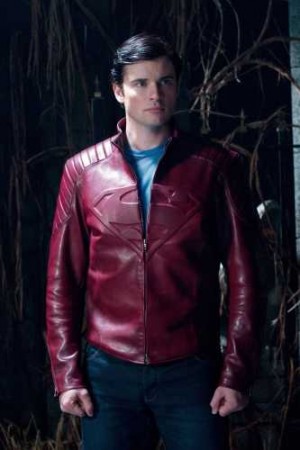 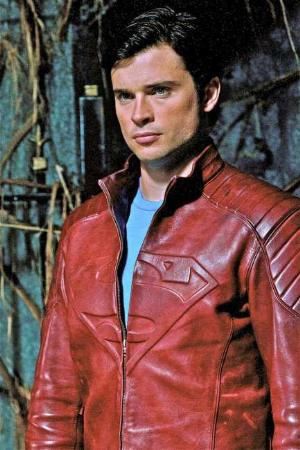 Who made this leather jacket? We’re told its made by a Vancouver-based company called Oceanside. Oh wait, it’s actually Oceandrive not Oceanside.

It’s a fairly new company (established 1998) and they make “leather jackets, pants, vests and shirts made to measure”. Apparently, Oceandrive is more into bespoke rather than mass production so those of you looking for a jacket like the one below may have to settle for replicas. 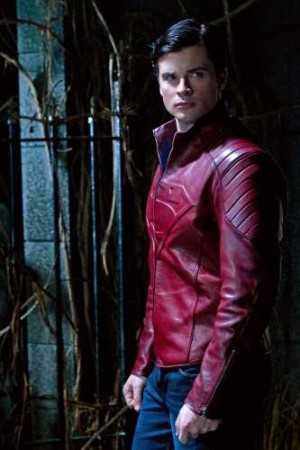 Finally, the next jacket Tom Welling is wearing below in the scene below is not made of leather but since we are talking about his Smallville jackets, we might as well include it here. 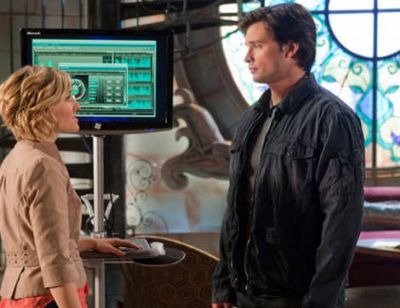 The jacket, for those of you who are jacket fanatics, is a J Crew Utility Jacket.