Tom Rockliff Speedo. And here’s the Rockstar in his Speedo swimsuit. [We grabbed this pic, as well as the video above, from Tom’s Instagram account. Follow him at @rock38.] 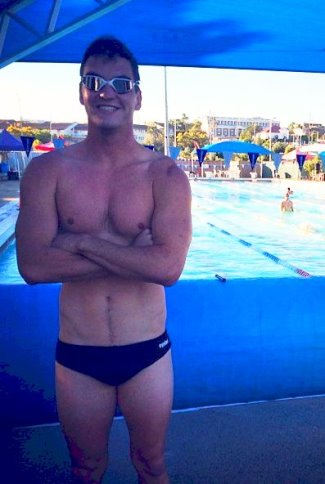 More On Tom Rockliff’s Girlfriend. For the curious among us, Fox Sports has more details on how Tom and his girlfriend hooked up:

It all started when the AFL star tweeted a screen shot of Molan from the Footy Show’s wrecking ball ad. Some cyber banter followed and the pair eventually caught up.

Although Molan is reluctant to discuss the relationship, “it’s early days” we’re told, the long-distance separation has not been a problem. She has been spotted flying to Brisbane on Sunday nights to spend her days off in the Sunshine State.

Here’s a picture of Erin doing her own version of the “O” face. 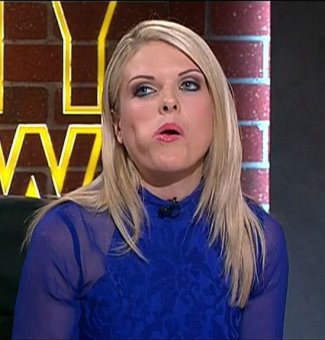 Haha. No contest, Erin has nothing on her boyfriend when it comes to making an “O” face.