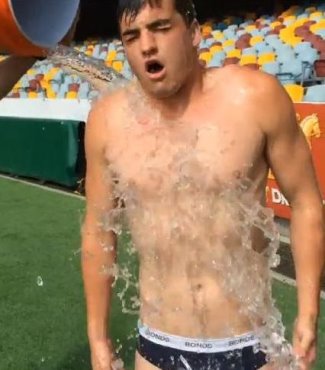 Who’s the cute guy above with the most adorable “O” face in the history of the world? That guy, fellow Famewatchers, is Tom Rockliff. He’s an Australian rules football player. He’s the vice captain for the Brisbane Lions of the Australian Football League. And he’s reportedly dating TV host Erin Molan.

Rockliff brought us the “O” Face when he did the ALS ice bucket challenge that everyone and their mama are doing these days. Here’s more screen caps of our Rockstar during his ALS challenge: 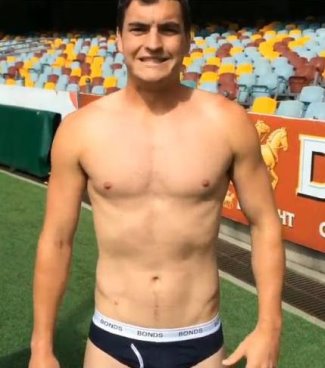 Now, you’d want a video version of the footy player getting doused with water, don’t cha? Here you go, Famewatchers!