Tom Hardy Shirtless, Awards, Wife Update. Considering that we’ve been updating this post since we first published it back in 2010, this is an update to end all updates. We think, anyways. Haha. Funny how we never mentioned in our earlier posts below that our Tom is a multi-awarded actor.

Per IMDB, he’s brought home a total of 23 awards and has been nominated 87 other times. His earliest award is from the British Academy of Film and Television Arts which gave him the BAFTA Rising Star Award in 2011 beating the likes of Andrew Garfield, Emma Stone, Aaron Taylor-Johnson, and Gemma Arterton who, like Tom, all went on to establish a career in Hollywood. Funny thing is, apparently, he decided to go on vacation during the awards ceremony because he did not think he’s gonna win which is why he is not dressed in his suit and stuff when he received his trophy below. 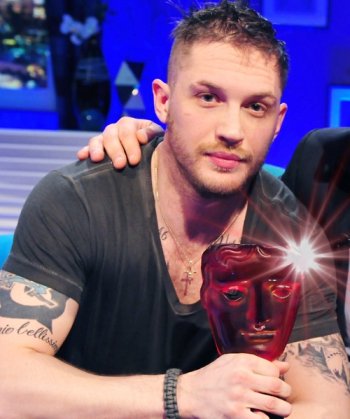 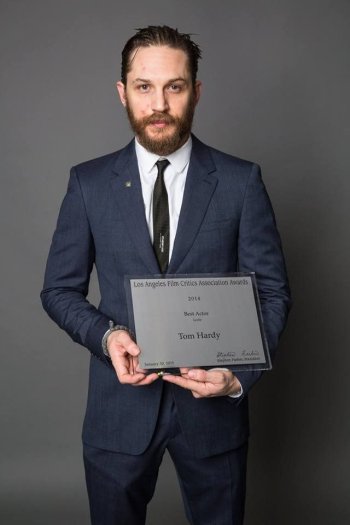 By the by, Tom and Charlotte Riley, who we identified as his fiancee in one of our posts below, tied the knot in 2014 so they are now Mister and Missus. Yay! 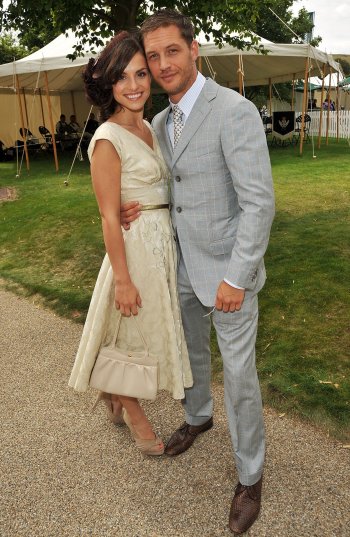 …..
Tom Was Simply Quoting a Character (30 May 2017). Hah. Before you guys get too excited about the possibility of hooking up with Tom Hardy, his reps are now saying that he was quoted out of context and that “he was discussing a gay role and quotes coming from the character”.

We were like, “Whoa, why is he suddenly backtracking?” and were getting ready to burn him at the stake but it turns out that the quote being attributed to him by the Daily Mail was actually from years and years ago and is not from a recent interview. Apparently, these Daily Mail people were too lazy to conduct an interview with Tom so they just dug up an interview from their archives, picked the most sensational part (which could easily be misconstrued), and wrote an article suggesting that they did just interview the Inception star. Hah, why are we not surprised that the Daily Mail people would do such a thing?

…..
Tom Hardy is a Proud Bi Dude (29 July 2010). Let’s add Inception actor Tom Hardy to our list of bi celebrities. In an interview with the Daily Mail, the 32-year-old English actor revealed that he bumped uglies with men when he was younger.

From the Daily Mail: “Of course I have. I’m an actor for ****’s sake. I’ve played with everything and everyone. I love the form and the physicality, but now that I’m in my thirties, it doesn’t do it for me. I’m done experimenting but there’s plenty of stuff in a relationship with another man, especially gay men, that I need in my life. A lot of gay men get my thing for shoes. I have definite feminine qualities and a lot of gay men are incredibly masculine.” 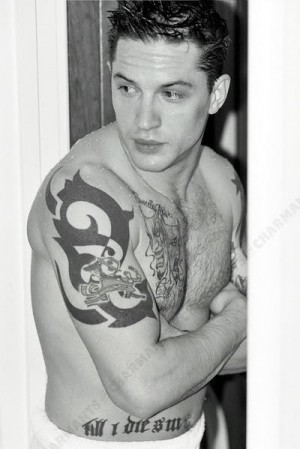 Amen to that, brother. Check out these Tom Hardy photos. First here’s Tom as Bronson. 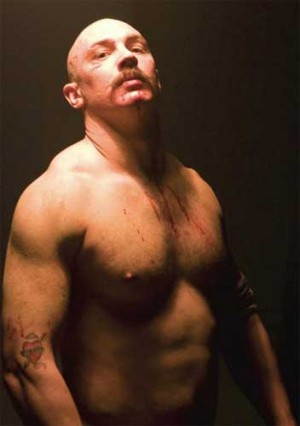 Tom as Robert Dudley in The Virgin Queen. 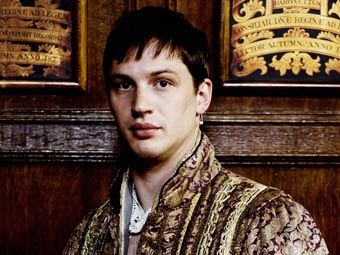 Then here’s Tom with his fiancee, Charlotte Riley. 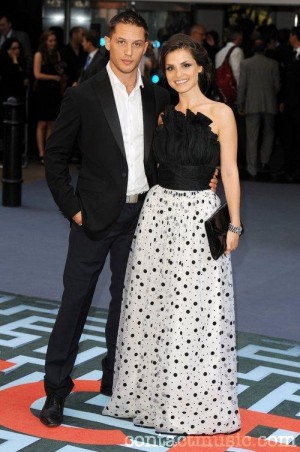 …..
Tom Hardy Underwear (23 July 2020). Apparently, Tom had something to say about his underwear photos which he once posted on his Myspace account. Here’s what he said in a 2015 interview with Sky News: “I’ve got no shame about my MySpace photos, especially the one of me in my underpants, which is a glorious photo of a man in his natural habitat. In my tighty-whitey budgie smugglers. In America, they say ‘you should be ashamed of this’ but I’m actually not remotely ashamed — that is me in my natural habitat, thank you. I might not be an Adonis, but I like to think of myself as an Adonis in that photo.”

Well, Tom, you really have nothing to be ashamed of. And it does not matter if you weren’t an Adonis then ‘coz you’re totally an Adonis in these photos from Esquire Magazine. 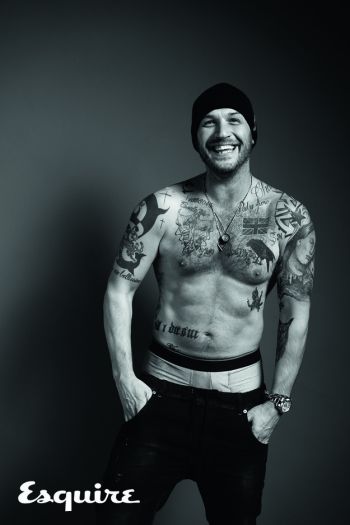 Hey Tom, since it looks like you have no belt to keep your pants up, we think it would be better to just drop them trousers altogether for your next Esquire photoshoot. Hehe. 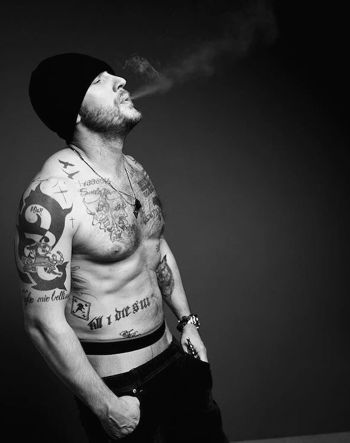 …..
Tom Hardy Underwear Update (14 February 2017). We are updating this post – which we published back in 2010 – to bring you more Tom Hardy underwear photos. Of course, you gotta be updated must have the latest information when it comes to your male celebrity underwear. Right?

Anyhoo, we speculated in our earlier post below that our talented British actor is a boxers man rather than a briefs kind of guy. Well, as you can see in this update, it turns out that our Tom likes to wear boxer shorts, briefs, and – most importantly – skimpy bikini briefs.

For instance, here’s Tom wearing a pair of boxer shorts underwear when he starred on the Stand Up to Cancer campaign. 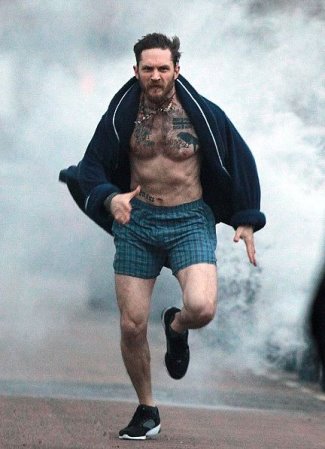 …..
Tom Hardy Underwear: Boxers or Briefs? (published 23 December 2010). Wondering about the kind of underwear Tom Hardy prefers? If the picture below is the real deal and not a fake photoshop, then we can say that the Inception star is a boxers man rather than a briefs underwear guy. That’s a Joe Boxers underwear he is wearing, right? Who knew our Tom can be somewhat of a male slut? This is not to say that we’re complaining. In fact, we are pleasantly surprised to see the photo below but we won’t be surprised if it turns out to be fake and not the real deal. After all, we know how superfans can be so what shall we say — determined? — to see their favorite Hollywood celebrities in the “flesh”. 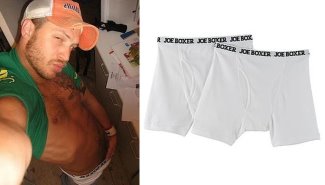 Update: Turns out the pic above is the real deal and that, in fact, the actor has posted more photos on his Myspace account. Yay. Sorry we had to censor it though. Hehe. 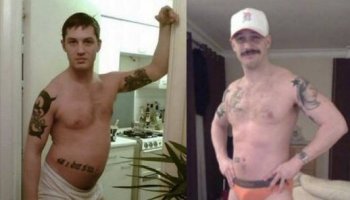 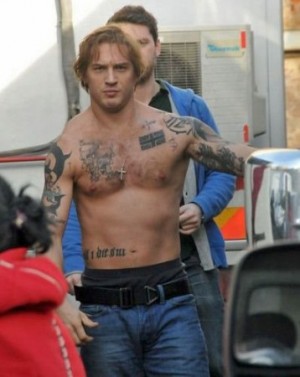 Is our Tom a low-hang jeans guy or is this simply required by the movie? 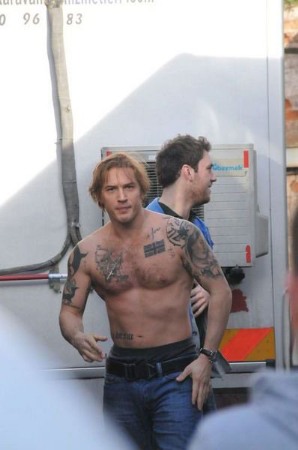 …..
Hot Hunk in Suit and Tie: Tom Hardy, British Actor (10 August 2010). Today in men’s suit and tie fashion watch, we bring you the awesome hunky hotness of British actor Tom Hardy. You may have already seen him nattily dressed up in the movie hit, Inception. This guy exudes a quiet manliness that is not common in Hollywood, no? 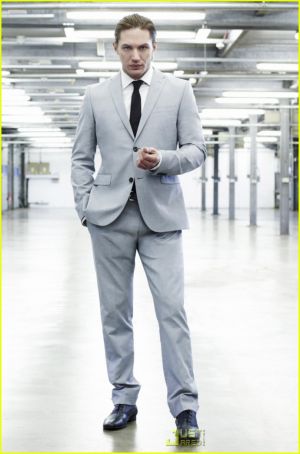