Tom Hanks Hair Transplant: His Receding Hairline and His Rolex Watch. Here’s an interesting photo collage of Hollywood A-Lister Tom Hanks and his receding hairline which, curiously, appears to have not moved an inch since the late 1980s. 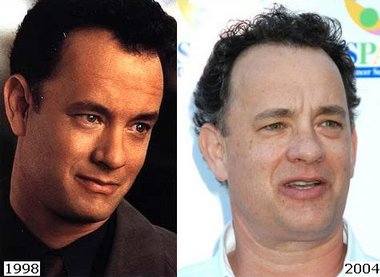 Did he make a deal with the devil to make his hairline permanent? Or, and we are hoping that this is the case rather than the devil thing, did he have some hair transplant of some sort? 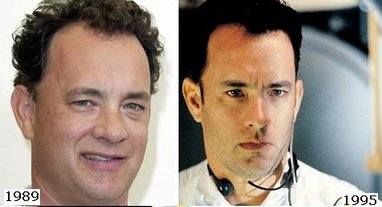 The guys behind makemeheal.com believes that he had a “hair makeover” based on his photos over time: “He looks pretty good for someone who is supposedly going through male pattern baldness. If we look carefully at a picture from 2004, we see that his hairline has receded, as it should be doing when someone is aging.”

The site adds: “However, by 2006, that means there should be less hair. But is there? There’s actually a little more hair! So, looks like we have a hair transplant winner! Now we might already know that some celebrities like to get their hair redone because they don’t want to look bald, but we don’t know exactly how it is done or why baldness strikes in some men and not in others.”

…..
Tom Hanks’ Rolex Explorer Watch (11 August 2010). What do Matt Damon, Orlando Bloom, Ashton Kutcher, and Tom Hanks have in common? Well, all these Hollywood A-Listers love them their Rolex Explorer watch. Click the link to see the others and their luxury timepieces but here’s our Tom (who’s looking like he’s having a very bad hair day) wearing his stainless Rolex Explorer. 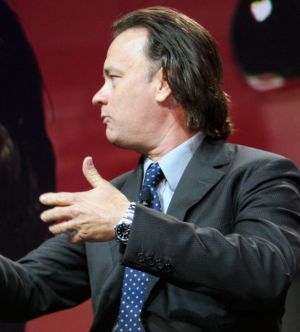 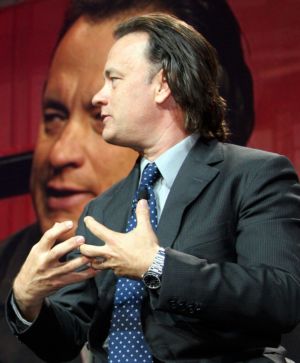 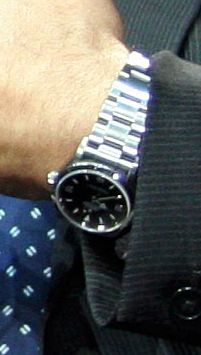