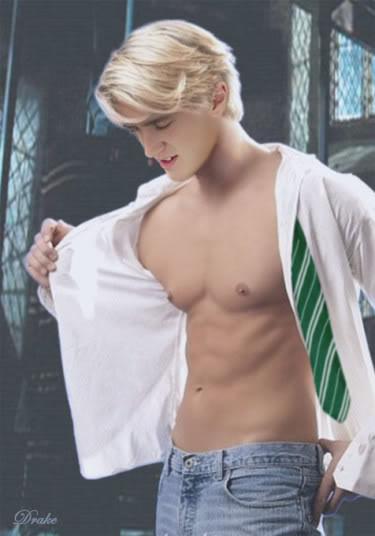 Speaking of Harry Potter, is it us or is The Half Blood Prince movie a poor adaptation of the novel. Seriously, the only thing I liked about the movie version is the cinematography. We find the movie to be very patchy and episodic with no coherent or cohesive story at all.

Potter superfans will be disappointed that a lot of the material was left out while casual moviegoers will go, “Huh. What was that movie about?” 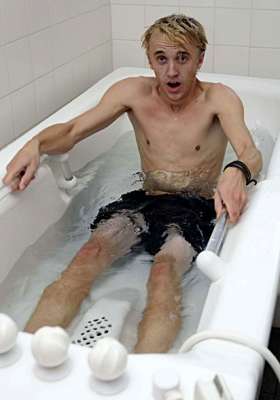 And we really dislike the fact that the supporting cast, with the exception of Luna Lovegood (who we absolutely adore), don’t have speaking lines at all. Where the hell is Neville Longbottom! Argh. Makes us worried about how the final movie will turn out. 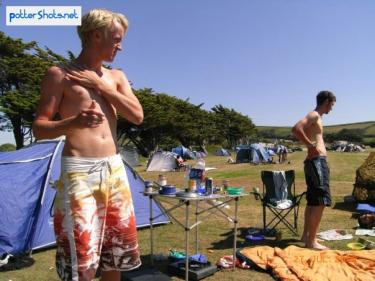 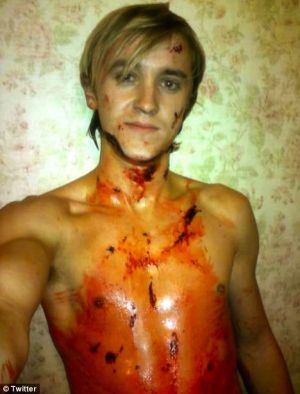 Hey Tom, that is gross. Hope we won’t have nightmares after looking at that. Hehe. Anyways, is it us or does Tom kinda resemble Ralph Fiennes? We think the resemblance is in Tom’s eyes which, like Ralph’s, looks sensitive and scary at the same time.

By the way, the above photo is reportedly from Tom’s Twitter account which he posted to mark a day spent shooting for Harry Potter. From Tom’s Twitter: “Before i finally go to sleep i thought I’d show you the photo from my last day of filming 13 hours! Right now I’m still trying to get the blood out of my hair! My mum wasn’t too impressed with this photo… oops.”

Tom, just so you know, we’re not impressed with the photo either. But that’s because we are not into blood and gore. We still love ya.