Tom Cox Gobekli Tepe Story or How Western Media Ignore Local People. Remember our beef against the Western-centric media which recognizes the work of and identifies the Westerners in their stories but who leave non-Western people, who played an equally important part in the story, unnamed and anonymous?

Well, we have a very good example for you: This Dailymail article by Tom Cox on the discovery of Gobekli Tepe which may or may not be the site of the Garden of Eden. We spent several minutes reading and re-reading the story to find the identity of the shepherd [photo below] who discovered the site but his name is not mentioned. Nada. None. Unnamed. The Great Anonymous. Would he have been unidentified if he is from, say, the United States, or the UK, or Germany?

We doubt it. But because he is from Turkey, the third world, the developing world, the South, he is left unnamed. Unidentified. The Great Anonymous. The nameless. But we gotta give credit to Tom Cox for not leaving the shepherd faceless. At least he took a photo of the shepherd so at least he can still be identified. 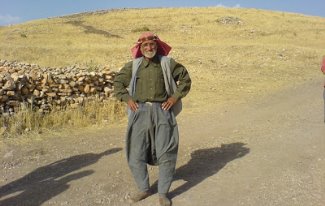 But maybe the writer left everyone unnamed? Huh! You think so? Of course not. Cox named the German archeologist below, Klaus Schmidt, and several professors he interviewed and who expressed their views regarding the relevance of the Gobekli Tepe discovery. 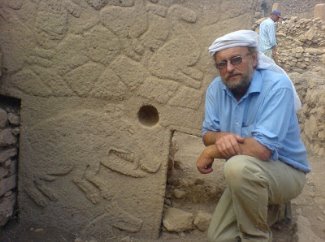 Funny isn’t it? The local Kurdish discoverer is unnamed while outsiders who are only expressing their opinion of the discovered site are identified. Anyways, we hope that Mr. Cox didn’t leave the shepherd unnamed in his book because if he did, we would accuse him not only of being western-centric but of being an unqualified and shoddy historian as well.