Tom Brady Underwear: Tighty Whities and Boxer Shorts. There were some talks a few years back that New England Patriots quarterback Tom Brady is going to be an underwear model for Calvin Klein. Unfortunately, no such thing happened because if you search for “Tom Brady underwear” (which some of you obviously did), the only image that pops up would be his SNL guesting where he kinda pranced around the office in his obviously padded tighty whities. 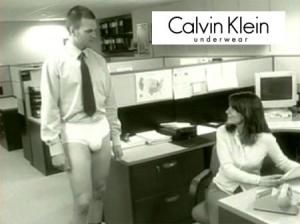 But Tom’s lack of underwear modeling photos has not deterred his fans from drawing photos of him in tighty whitie briefs. Meet Tom of Underwearland. Awesome. He has the muscles washboard abs to make him one of them Chippendale dancers, no? That is, in case he ever wants to pursue an alternative career. Update: Sorry, Grandma Akita told us to remove the raunchy drawings and allowed us to only use this cropped one. 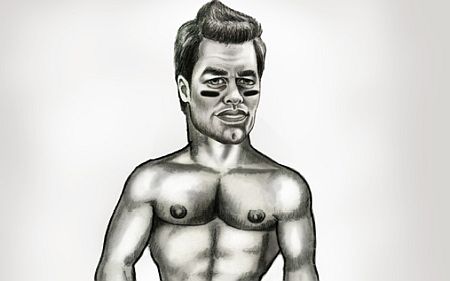 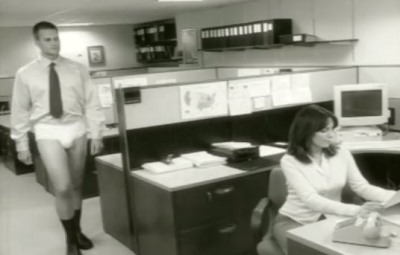 Here’s the video version. The relevant part starts at 1:45.

Tom Brady in Men’s Suits: Esquire Cover Boy (26 August 2008). You’ve seen Tom Brady hugging his goat and you’ve seen him as a motorcycle riding dude. Now here’s our Tom as some kind of a suit with a coat and tie and a well-shined shoes. It suits him well, I must say. In case you are wondering, the New England quarterback is dressed up like that because he’s the cover boy of Esquire Magazine. 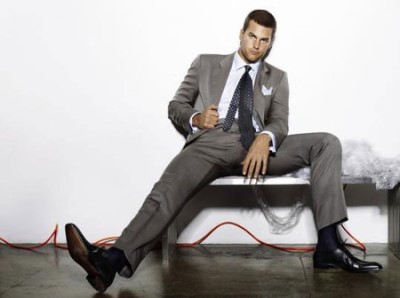 We Love Us Our Tom Brady (03 August 2008). We can’t get enough of the handsome football hunk that Tom Brady so here he is again. Is that a motorcycle he is, hmmm, kinda humping? Looks weird to us. Make sure you don’t miss the picture of our Tom Brady hugging his goat. That pic is endearing and that goat is real lucky. 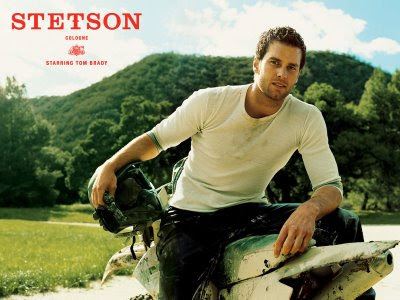 Tom Brady Loves Him His Goat (02 August 2008). Yeah. Apparently New England Patriots quarterback Tom Brady loves animals. Goats to be specific. Hey Tom, we hope you scrubbed yourself after that goat-hugging you’re doing. We don’t think that model girlfriend of yours (What’s her name again? Gazelle?) will be happy if you hop in bed smelling like a goat. 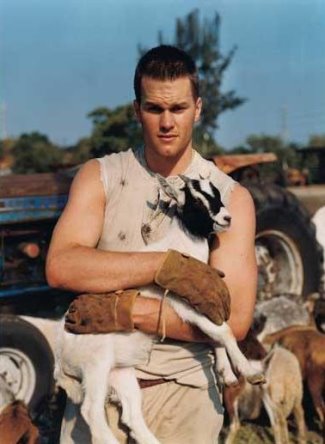 By the way, here’s a shirtless Tom photo from back in 2000 or way before he became uber-famous. Hehe. He didn’t have washboard abs back then, then? 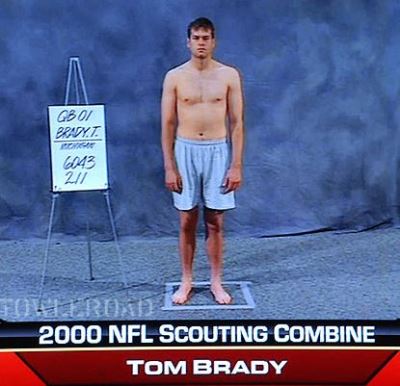 Update 2020: We are updating this post to bring you these shirtless photos of the football quarterback in boxer shorts underwear. 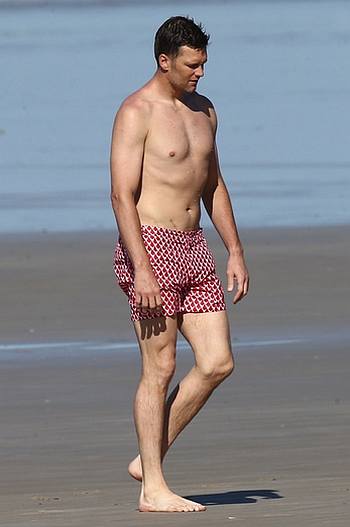 Another beach photo of Tom in very short beach shorts. 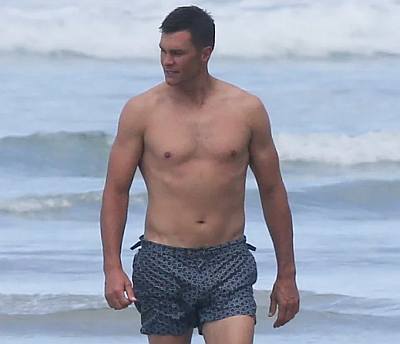 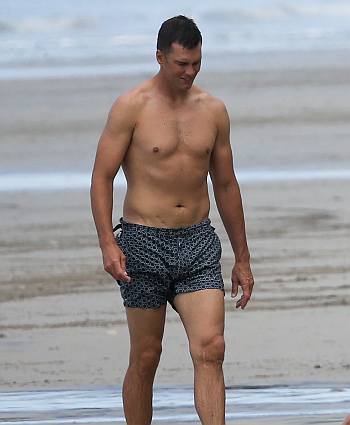