Tom Brady Hair Transplant. Did Tom Brady ever undergo a procedure to protect/restore his hair? Well, before we answer that question, let’s check out what he looked like back in 2005.

Here are photos of the multi-awarded football quarterback with then-girlfriend Bridget Moynahan.

Clearly, these images are proof that the handsome quarterback has a hair issue as far back as when he was only in his twenties. Specifically, if we are not mistaken, he was only 28 years old at the time these photos were taken. 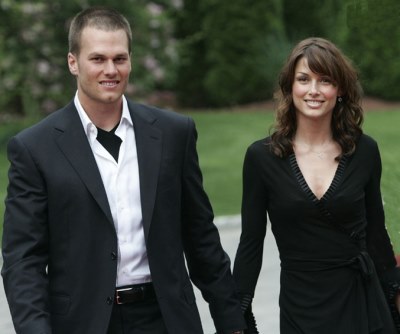 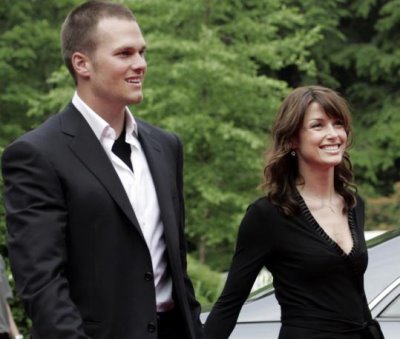 Tom Brady’s receding hairline is kind of obvious in the first three photos in the collage below. But the fourth pic puts an exclamation point on the matter. 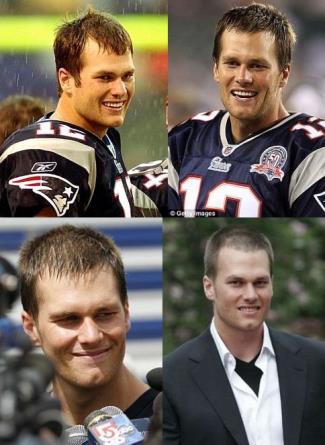 In 2010, the tabloids reported on rumors that the football star visited a hair transplant specialist. From the New York Daily News:

“Reporters from the National Enquirer tracked Brady to the offices of Dr. Robert Leonard, a hair transplant specialist in Rhode Island who has worked on the noggins of several Boston Bruins. The weekly says Brady went there on orders from the missus.’Gisele wants to maintain that perfect-couple image – the handsome quarterback with a head full of hair and the stunning model with her own long flowing locks,’ the Enquirer reported.”

Our favorite sports website, Deadspin, echoes the NY Daily News account. Well, actually, they’re both relying on an Enquirer rumor so no surprise there.

From Deadspin: “Brady, he of the luxurious Bieber Bowl Cut, was reportedly seen entering Leonard Hair Transplant Associates outside of Providence just two days after that brutal loss to the Browns. He spent over an hour before slipping out the back door. Interestingly, it’s not the first time Brady’s been linked with Dr. Leonard. Back in 2008, the NY Post reported that Brady was seen at a Manhattan hair restoration clinic, and quoted Dr. Leonard, who spoke to his ‘thinning hair and bald spot’.”

Brady’s hair became some kind of a “national conversation issue” such that the makers of Rogaine wanted in on the action by offering him one of their products for free (our friend Kevin aptly describes this move by Rogaine as “predatory advertising”).

From TMZ: “The folks from Rogaine tell TMZ they’re more than happy to offer the reportedly follically-challenged QB a 3-month supply of the product. Rogaine’s PR people offer this sage advice to Tom: ‘He shouldn’t just try and grow his hair to cover that bald spot…he should try and regrow the HAIR that belongs there!’ The company wants to send Tom a free, 3-month supply of Hair Regrowth Foam — the unscented, so he doesn’t get bullied by his teammates.”

So was there really a Tom Brady hair transplant procedure? Or are these all just gossipy speculations?

His former Patriots teammate Wes Welker, who had a hair issue of his own and opened up about getting a hair transplant (see Wes Welker Hair Transplant), has the answer for us: “You know what, he tells me he didn’t. And I tend to believe him. I think he caught it early and has been able to prolong it. But yeah, he says he hasn’t.”

Okay, then. We actually believe Wes. The question now is what is Tom using to prolong or regrow his hair. We won’t be surprised if he accepted Rogaine’s offer on the downlow.

Whatever Tom did to maintain his crowning glory — hair transplant or Rogaine or something else — we’re happy for him that he went for it. For unlike Aussie cutie Jason Gardiner who can rock the bald look (see Jason Gardiner Hair Transplant), the football star looks much much better when he’s got hair. 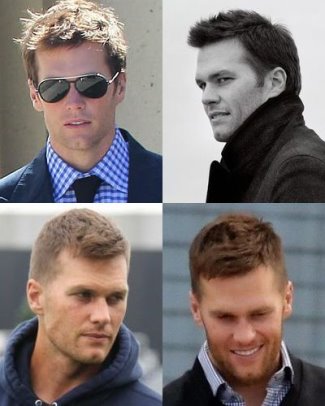 If rumors are true that it is his wife Giselle who told Tom to do something about his hair issue, well he should thank her for it. This only tells us that wives know best! What say you Famewatchers?