Tom Boonen Shirtless Photos and Girlfriend Part II. Eleven years later, we are updating this post to note that the Belgian cyclist retired from cycling last 2017.

During the span of his pro cycling career, Boonen won the Tour of Qatar four times and recorded 6 stage wins at the Tour de France.

On the personal side, Tom is now a daddy as his long time partner Lore Van de Weyer gave birth to twin girls five years ago in January 2015. 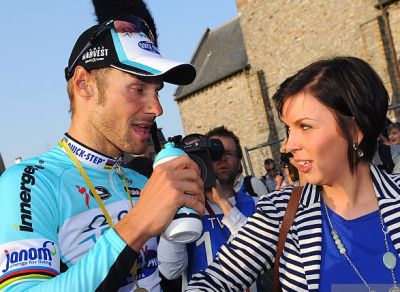 …..
Tom Boonen Shirtless Cyclist: Belgian Hunk is Hot in Cycling Shorts (posted 27 November 2009). Want more men in cycling shorts? Of course, you do. Don’t we all of us love guys who rock their cycling shorts. So, fellow Famewatchers, we bring you Belgian cyclist Tom Boonen, winner of the World Road Race Championship in 2005. Aww, he looks so happy. 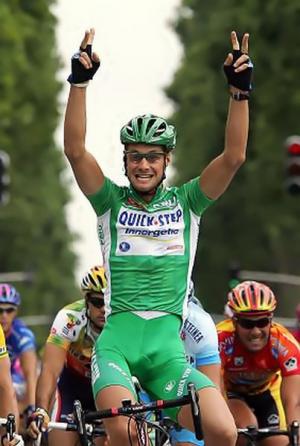 Check out a photo of Tom dressed-up in a gladiator costume a-la football hunk Tim Tebow. 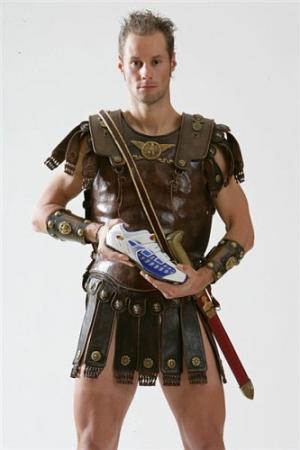 …..
Tom Boonen Shirtless (18 August 2011). Not surprisingly, some of you fellow Famewatchers are looking for Tom Boonen shirtless photos. Well, he didn’t disappoint. Here’s our Belgian stud in what you may call a “semi-shirtless” picture. He loves to smile doesn’t he? 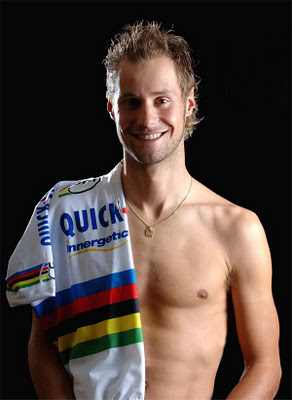 Another shirtless photo of our Tom shows him playing in the water. We thought he was hired as a celebrity endorser for Coca Cola but we’re told that the Coke images were photoshopped to his vacation photo by someone critical of the Belgian sports idol’s cocaine use. 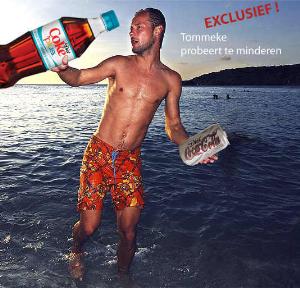 The cycling champ has tested positive for cocaine use three times the latest of which was in 2009 after which he was suspended by his team, Quick Step.

Who is Tom Boonen’s Girlfriend? Some of you are wondering whether Tom has a girlfriend. Well, he used to date then 16-year-old girl named Sophie Van Vliet. Then he also dated another girl named Lore Van de Weyer. One of the two – don’t ask us who – is supposedly his current squeeze because they got back together after a breakup.