Yeah, fellow Famewatchers, we have a new imaginary Netflix beau now. We took a break from our imaginary relationship with Yanky of Unorthodox (hehe) and have now set our eyes on Tom who sizzles as David on the new Netflix show Behind Her Eyes. 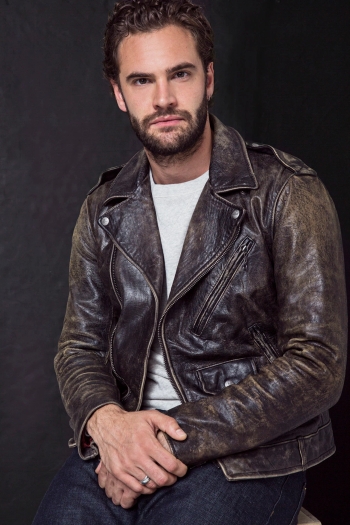 For those who are wondering, our British hunk is wearing a Polo Ralph Lauren leather jacket in the photo above. Below, courtesy of Bello Magazine and photographer Joseph Sinclair, he is rocking his leather jacket from the Our Legacy collection. 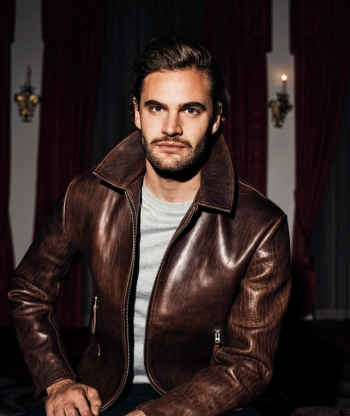 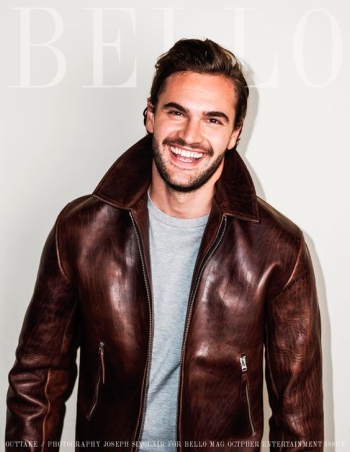 And here’s Tom wearing what looks like a faux leather jacket from the Domingo Rodriquez collection. Pic is also from his Bello photoshoot. 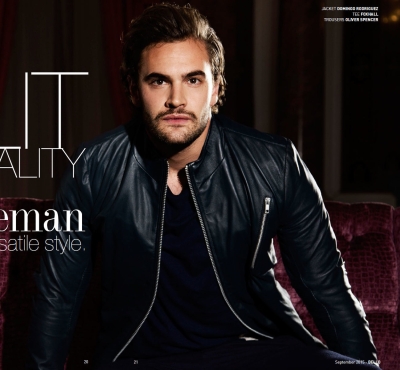 Tom Bateman Shirtless Photos. Now, since we know that lots of Famewatchers are thirsty for shirtless celebrities, here are some shirtless pics of our 31-year-old hottie. These images are from the TV shows Beecham House and Da Vinci’s Demons as well as the 2019 action drama Cold Pursuit. 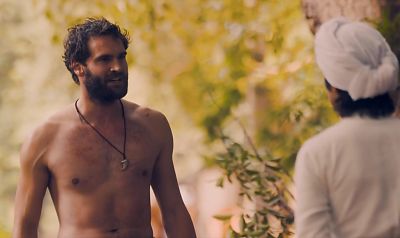 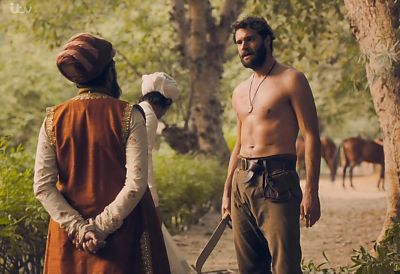 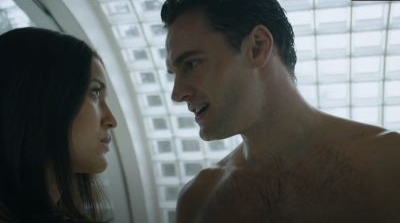 You’ll be seeing more shirtless Tom on Behind Her Eyes. 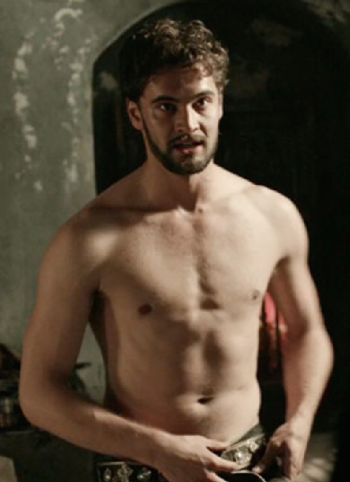 A younger and beardless Tom with an open shirt. 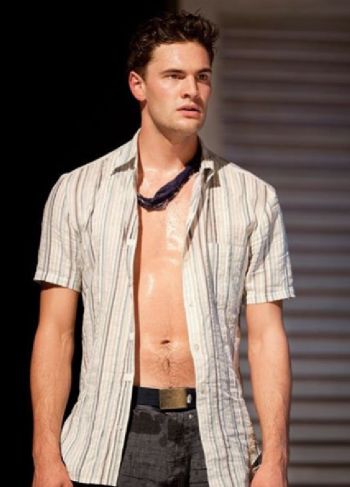 Tom Bateman Gay or Straight? He is straight and is reportedly engaged to Star Wars actress Daisy Ridley. The two haven’t officially talked about their relationship status but they reportedly met and started dating when they co-starred in the 2017 movie Murder on the Orient Express. Here’s Tom and Daisy on a walking date in coordinated outfits. 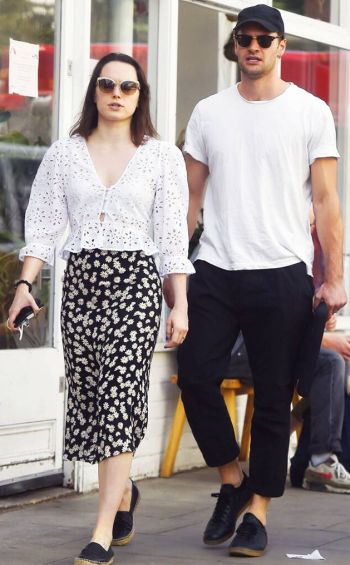 Onscreen, Tom played an LGBT character in the 2017 thriller movie B&B about a gay couple from London who spends the night at a bed and breakfast owned by a Christian homophobe who, it turns out, has a son in the closet. Here’s Tom with co-star Sean Teale: 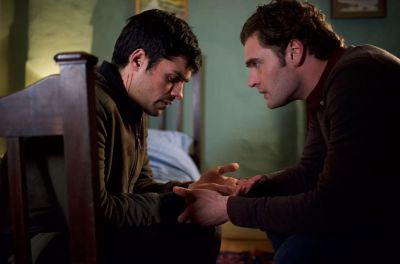