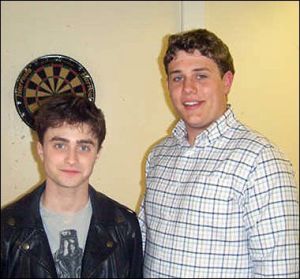 Okay, for those of you who are new to this story, Rob Knox is an actor who played Marcus Belby in the Harry Potter movies who was murdered last year by a certain Karl Bishop. In honor of their fallen friend, the cast and crew of Harry Potter paid tribute to him by writing messages which he will, up there in heaven, hopefully read. 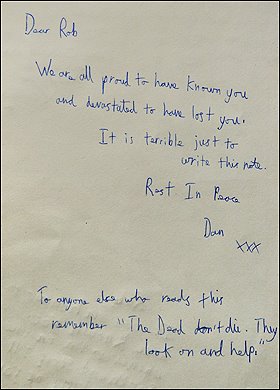 And Rupert’s message goes like this: “Rob, It was an honour to have known you and whenever I’m on the Southend strip I’ll be thinking of you. Rest in peace mate.”

Rest in peace, indeed, Rob. And we offer our belated condolences to Rob’s family and friends.

Note: For those of you who are wondering what became of the murderer, he’s been convicted and is on his way to serve his sentence in prison.