Earlier, we brought you photos of the muscled male model Dan Gavin posing in his jogging or running pants. This time, here’s Dan in his tight Calvin Klein boxer briefs. So, naturally, we will include him in our list of hot men in their Calvin Klein underwear.

But there’s more. Here’s another photo of Dan in his white 2xist underwear. Does this mean we will also include him in our list of men in 2xist underwear? But of course! We, 100%, will. 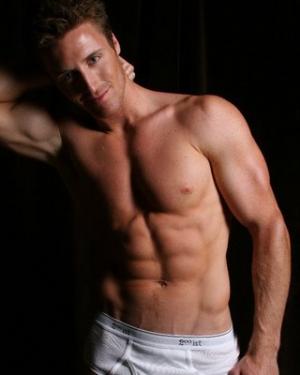 Now, if only he wears a sexy skimpy thong or something similar :-) 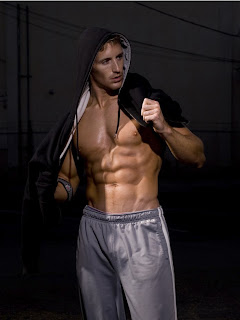 Male model Dan Gavin poses in his running/jogging pants. Do you think he should have gone for a run first (or had his body sprinkled with water) to make the look more realistic? Currently, the photo says “More posing, no running.” We need one that says, “I’m sweaty and my running pants are wet because I’ve just busted my ass off to have an awesome photo for you.”

Dan looks hunky and cute though. He’s got awesome biceps and washboard abs too. 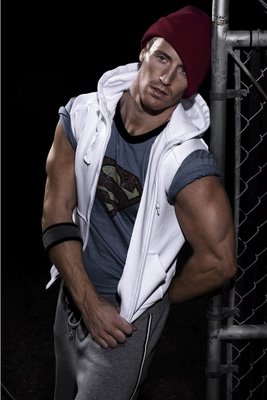 Aha! Apparently, a lot of you want more hot men in tight briefs and boxers or any kind of underwear. Can’t say we blame you. Don’t we all want ogling at guys in their tight undies? Of course we do! Even a lot of in-closet Republican guys do. Haha.

So fellow underwear-watchers, check out these hunks wearing nothing but their tight underwear. We begin with French dudes Nicolas Corde and Kevin Baraja who were featured in an editorial in a French men magazine, DandyMag.

What about we give you male supermodel Chad White in his tight blue briefs by Calvin Klein? You like this, huh?

Of course, having a tight package isn’t the domain of today’s male models. Models in the past also packed their undies too. Check out this vintage Fruit of the Loom underwear ad for instance.

That’s it for now, fellow underwear-watchers!

Note: Some photos referred to in this post have been moved to our gallery. Check ’em out: Italian Male Underwear Model.