Thomas Clavier: Hot Gardener in Meet the Spartans. So, last month, we decided to no longer renew our cable subscription and to subscribe to Netflix instead. Boy, were we very happy with the decision. Netflix is much cheaper and we gotta watch critically acclaimed recently produced shows like Orange Is the New Block and oldies but goodies like BBC’s The Vicar of Dibley.

Which brings us to the purpose of this post — the buff, muscled, totally shaggable Antonio the Gardener in Meet the Spartans. Played by Thomas Clavier, we were wowed when Antonio appeared on screen and wanted to see more of him because … well, tell us you don’t want to see more of this? 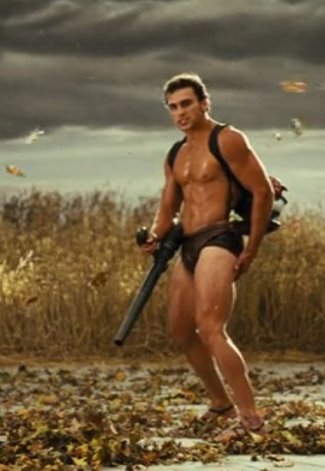 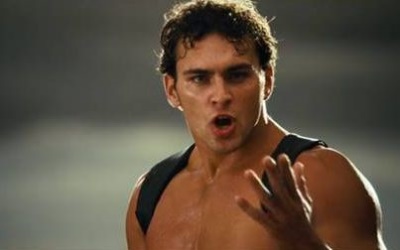 Sadly, Antonio the Gardener disappeared as fast as he appeared. And he didn’t appear again. Of course, because we want us our muscled men who know how to dance a-la Antonio, we went looking for more information about the guy who played him.

Turns out the guy is named Thomas Clavier. Yay! We know his name! Unfortunately for us, he must have decided to not pursue an acting career because Meet the Spartans is his one and only acting gig. But he did some modeling and he is damn gorgeous. 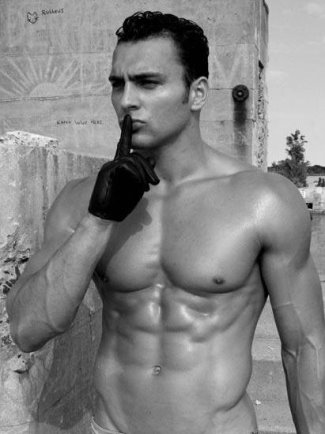 But then, it looks like he decided to no longer pursue a modeling career because these are the only modeling pics we can find. 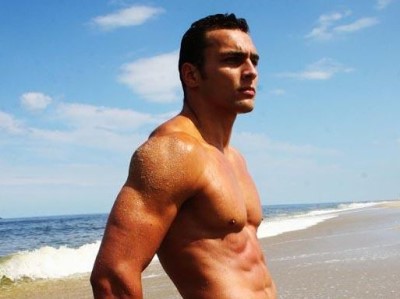 Anyhoo, thanks to our internet sleuthing (hehehe) we found out that Thomas Clavier used to be a competitive swimmer in high school and college. He went on to become a coach/trainer for other swimmer’s like Irish Olympian Andrew Bree.

In an interview with knoxnews.com back in 2007, Thomas tells us more about coaching, meeting Carmen Electra (the queen in Meet the Spartans he was romancing), and getting a body like Antonio the Gardener. Here’s the Q&A:

What is it like to train a potential Olympic champion?
It’s a big responsibility. I’m working with one of the most talented athletes in the world. And it’s a little different because I live with him and we’re good friends. We get on each other’s nerves sometimes. But the more I see him give, the more I give. So we feed off each other.

Do you ever wish it were you competing in the Olympics?
Sometimes I wish I was in the pool working. Then again, the water is cold ? and he (Andrew) has on that tight Speedo. And here I am warm on the deck in my sweatpants. So it’s not too bad.

What is your best tip for someone wanting to get in shape?
My No. 1 tip is that you have to have your mind set on it. Sure, it’s hard work, but if you commit the mind, you’ll be amazed with the results.

Tell me about meeting Carmen Electra.
She was really laid-back, a chilled-out kind of girl. It’s cool to meet celebrities, but you realize they are just people. You know, it’s not like she does magic or anything.

What type of actor do you aspire to be?
I admire Daniel Day-Lewis. He’s a great actor, and you don’t see him running his mouth and showboating in the media.
…..

Too bad, he did not pursue acting, no? Anyhoo, for those of you wondering about what Antonio the Gardener aka Thomas Clavier is doing now, he’s apparently married, is a father, and can push press 221 lbs as he does in this video.

Damn! He sure can beat Ellen Degeneres’ Nick the Gardener when it comes to who has the bigger muscles, no?