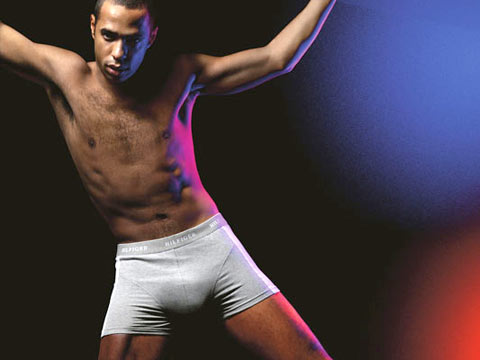 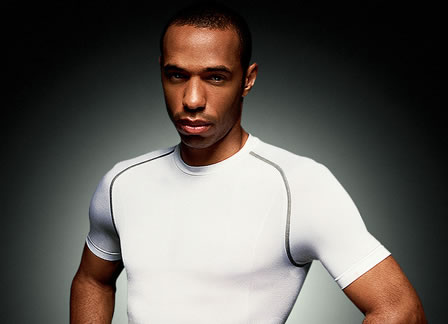 What do you think of these photos? They’re kinda disappointing for an advertising campaign no? It reminds us of Cristiano Ronaldo’s Armani underwear ads which we earlier described as kinda robotic and sexless; it is as if these otherwise awesome hot guys had the same photographer who sucked out the life and awesomeness of his/her models.

Thierry Henry Shirtless Photos. The French football star fixes his short pants and in the process shows us his boxer shorts underwear while on the pitch. Nice. 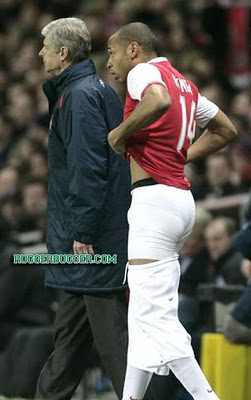 Thierry takes a break without his shirt. 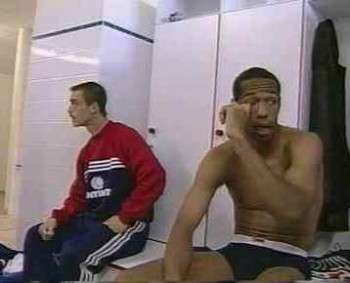 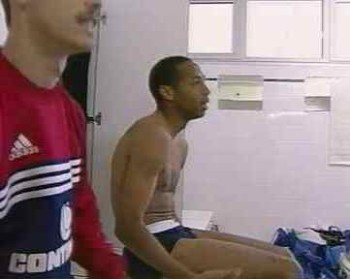 By the by, here are some Tommy Hilfiger ad campaigns featuring Thierry. Trench coat, anyone? Just realized that TH squared stands for Tommy Hilfiger + Thierry Henry. 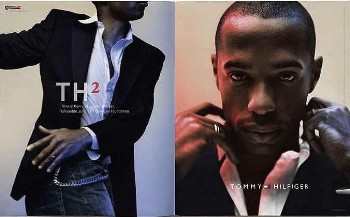 …..
More Thierry Henry Modeling Photos (2020 Update). The French football star has retired from playing football but remains very much involved in the sport as he’s now the manager of the Montreal Impact, the Montreal-based football club which is part of the North American soccer league MLS (Major League Soccer).

For those of you who are a fan of his modeling gigs, here are photos of one of the greatest strikers of all time posing for the pages of GQ Magazine. He’s looking dapper in Lanvin: 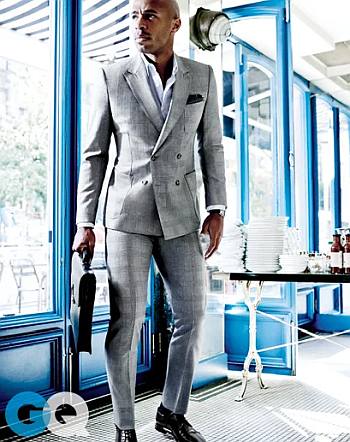 Chilling in his Louis Vuitton: 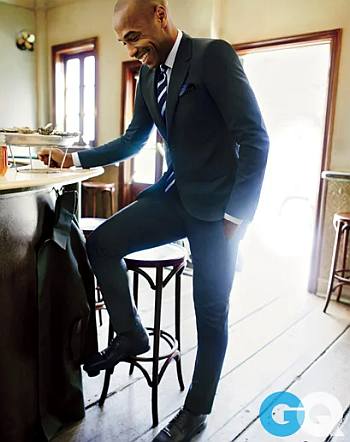 Looking fabulous in his Dior Homme suit and tie: 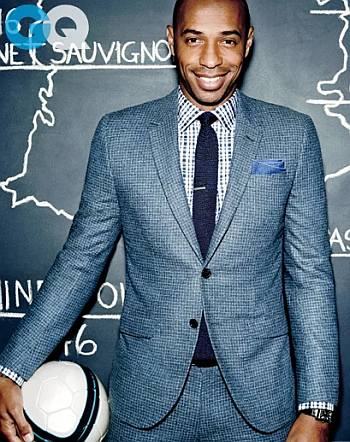 Who says you can’t chill in a restaurant in your Hermes suit? 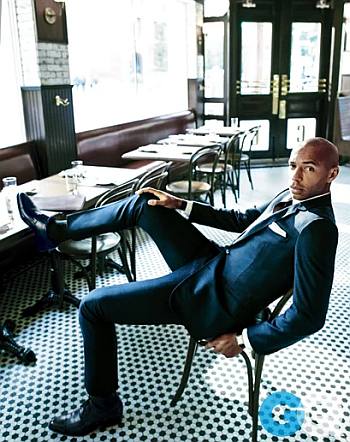 Let us end this update with this shirtless photo of the hunky football star, shall we? He’s got some well sculpted abs, doesn’t he? 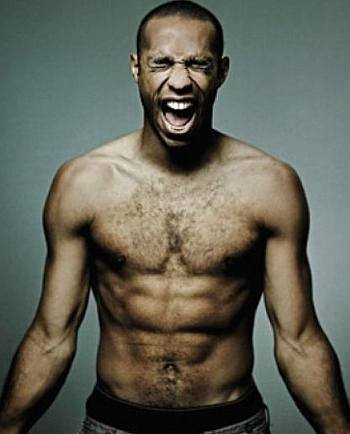