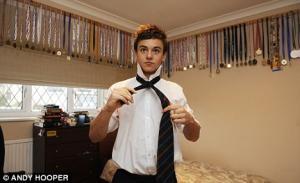 Teen Boys Suit and Tie: Tom Daley, British Diver. Teenage boy Tom Daley, Britain’s next big thing in the world of Olympic diving, shows us how to tie a tie. Well, not really, that’s just one photo of him tying his tie. If you want detailed instructions on how to tie your tie, then you should check out this video we uploaded earlier. 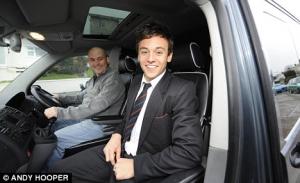 Want more boys in suit and tie? Check out these awesome photos of our favorite twins evah, the funny, cheeky, and hilarious Irish boys John and Edward Grimes.

What a shame that 14-year-old British diver Tom Daley, a medal hope in the London Olympics, is being bullied in school. The situation has reportedly gone so bad that his parents are planning to pull him out of Eggbuckland Community College.

Says Tom’s father, Rob Daley: “I’ve been to see Tom’s head of year and also the principal in the past six weeks, because Tom has been so upset. Although they cannot be held responsible for the students, I do think the school should be more proactive in trying to sort this bullying out. We wouldn’t want to have to do it, but we will change schools unless this is sorted out, as my son’s well-being comes before everything else. The bullying is severe. He has been tackled to the floor walking through the school field and in class they throw pens and pencils at him. Some of them have even threatened to break his legs. That was the last straw. It has got to the point where enough is enough.” 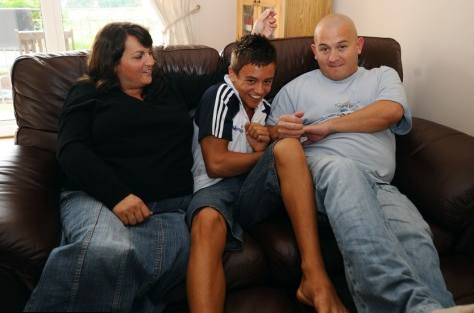 How are the school authorities responding to this bullying? Apparently, they ain’t doing much. More from Bob Daley (via Daily Mail):

The school has had plenty of opportunities to sort it out but it hasn’t been done. Unless they can show me that it has stopped I’ll have to move him to another school. It’s gone way beyond mickey taking – he has the whole school on his back and he knows if he retaliates he will be all over the papers.

‘It’s just jealousy – it can’t be anything else. He just wants to go to school and be educated and he has the right to do that. I kept him of school this week because I didn’t want him to be further upset. He flies off to Florida for a diving event at Fort Lauderdale next month and he doesn’t need his preparation affected by the bullies.