Ted Haggard Scandal: Victim Speaks Out, KRDO Interview. For a non-g*y “holy” man, Ted Haggard seems to enjoy doing it with lots of other men. And his former church, the New Life something is involved in a scandalous coverup. Ugh, those evangelical “Christians”!

How many bratwursts can this man accommodate in this really big mouth of his? By the way, he’s laughing at you evangelical “Christians”. 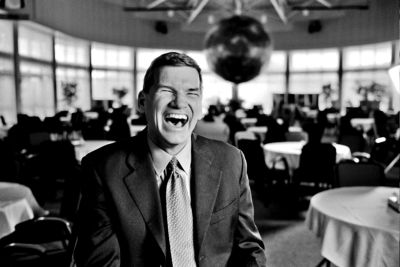 …..
Ted Haggard Scandal Update: Grant Haas Claims Pastor Encouraged G*y S*x and Meth Use. Grant Haas is one of Ted Haggard’s victims. You know, of course, that Ted Haggard is that creepy Republican evangelical preacher who was so against g*ys but who was actually “doing” boys on the side.

The New Life Church reportedly paid this victim to shut him up. There’s a lot of g*y s*x going on in that church. So there’s a lot of cover-up going on. Pastor Boyd, have you been naughty tonight? We give props to Grant Haas for speaking out.

Grant Haas on Ted Haggard: He Wanted Me to Marry His Daughter (04 February 2009). Oh my God. Ted Haggard wanted to marry off his daughter to a g*y man. We’re shocked, shocked, very shocked. Nah, actually not. And we will not be shocked if someone told us that Ted Haggard’s wife will approve of Ted’s suggestion that Grant Haas marry their daughter.

We won’t also be shocked if those hypocritical evangelical Christians will blame the g*ys rather than themselves for the “gift” that is Ted Haggard. What will Jesus do?

New Life Church’s Pastor Boyd Admits Paying Haggard Victim (26 January 2009). Was it a payoff to buy the victim’s silence? Not cool. I’m glad the victim is speaking out. I won’t be surprised if Haggard is not the only one who, you know, committed offenses of this nature. The New Life Church is so g*y. And so hypocritical.

From KRDO: Pastor Brady Boyd for the first time addressed his congregation at New Life Church to talk about new allegations uncovered by NEWSCHANNEL 13.

He told the media, this would be the only time he would talk about the young man who claims former New Life Leader Ted Haggard s*xually abused him. “A wound has been reopened,” says Boyd. “While scandal and tragedy has been part of our past, it will not be our future.”

He told members who attended the 9 a.m. service that he has known about the victim who’s come forward since he became senior pastor at New Life. “We gave him the counseling and help he needed in his life.” He adds in 2007, the young man decided to sue the church.

Mike Jones: There Are More Ted Haggard/New Life Church Victims (29 January 2009). Didn’t we tell you that there’s more than what’s being reported on the Ted Haggard/New Life Church scandal? Mike Jones claims in this interview that two New Life members approached him about the s*xual abuse in the church. Not surprisingly, one of the victims was not preyed upon by Ted Haggard but by another church elder. We say not surprisingly because we sensed from the get-go that there’s a lot of hypocrisy going on in that “Christian” church.

Pastor Boyd, did your church also buy the silence of these victims?