Taylor Lautner Gay Proof: Evidence That Twilight Star is a Gay Man. Is Taylor Lautner, reportedly the highest paid teen actor, by any chance gay? Nah, we doubt it. He’s got too much abs to be gay (as if that’s a sign, huh?). But here’s a pic of our Taylor in pink shirt…. and …. is that a bra he is wearing? And he is a member of Team Edward too!!!! 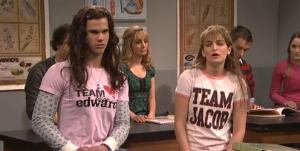 If this is not 100% proof that Taylor is gay, we don’t know what is. Hehehe. We are joking of course. 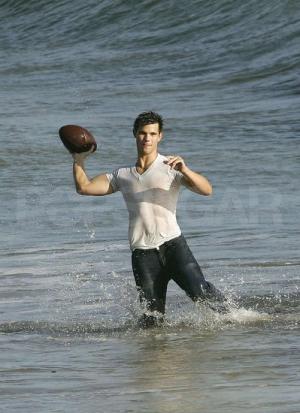 Okay, Famewatchers, let’s have a “who’s the hottest wet guy contest”. Is it Twilight hunk Taylor Lautner who you can see in these photos? Or is it Japanese male model Seigi Ozeki? Or is it Russian hockey hunk Alexei Kovalev?

We gotta give the highest score to Taylor because he’s got a big ball (like these guys) and he got his pants all wet too. However, the most important reason why we’re saying he’s the best “wet shirt dude” would be this photo. 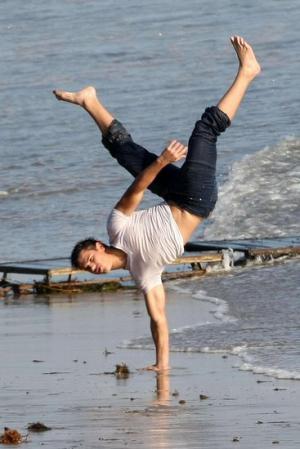 Now, that’s probably the best single handstand we’ve ever seen. Can you beat it?

Hah, our Taylor may not be gay but now you understand why a lot of gay guys wish that he is. Oh, and we know some straight dudes who’d go gay for Taylor. Maybe they’re not really that straight to begin with, no?

Taylor Lautner Gay Proof: Evidence That Twilight Star is a Gay Man. Posted in Is He Gay?