Taylor Kitsch Shirtless Canadian Hunk (Update). Apparently, the world is rediscovering (and in some cases discovering) the awesomeness of our Canadian hottie. This is largely thanks to Netflix which is streaming the docudrama Waco where Taylor plays the role of cult leader David Koresh. We hope this translates to more acting gigs and some awards for the actor who appears to have been criminally under-appreciated by the showbiz powers-that-be and fans alike. 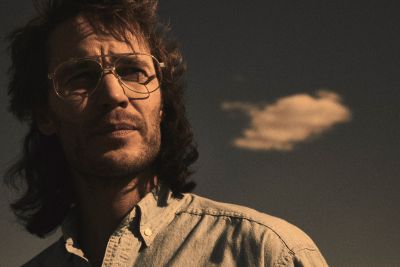 …..
Taylor Kitsch Shirtless, Gay or Girlfriend, Underwear Photos (22 December 2016). We are updating this post to give you more Taylor Kitsch shirtless photos. Check these out which were taken when he was younger. Ain’t he hawt? He sure knows how to build and sculpt his washboard abs. 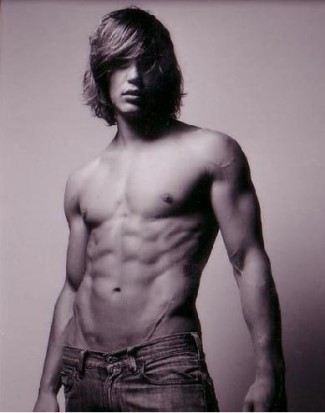 Whattahunk of a man! The next pic is probably our favorite Taylor Kitsch shirtless photo. 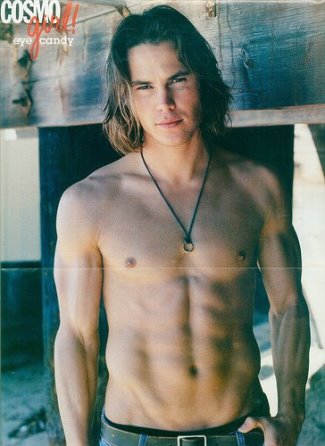 Taylor Kitsch Underwear. Oh my! Our Taylor seems to be a fan of boxer shorts underwear. 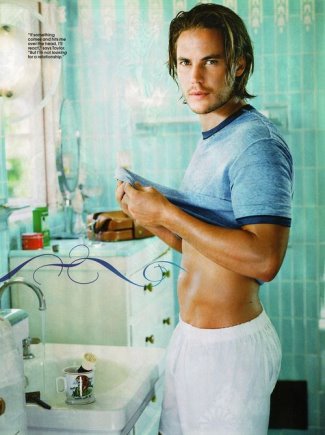 Who says young men these days wear no boxer shorts? Certainly not our Canadian hottie. 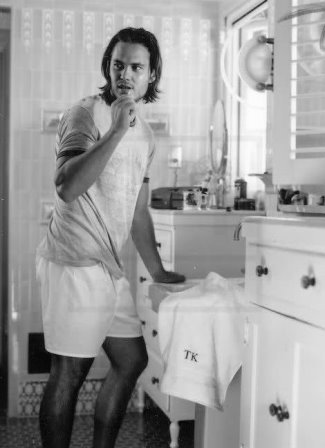 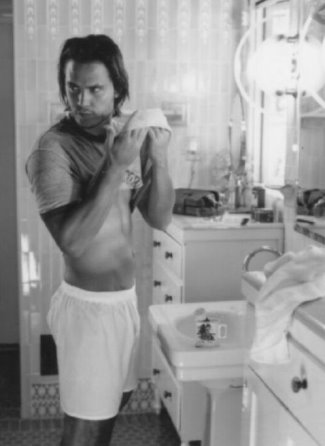 But our Taylor also wears non-boxers underwear. In this scene from the movie Covenant, we see a young Taylor Kitsch shirtless in his pair of squarecut boxer briefs.

Finally, here’s a younger version of Taylor, when he was starting out as a model, in an ad for the Diesel Underwear’s Nature campaign.

Taylor Kitsch Gay or Girlfriend? He played a gay man in the movie, The Normal Heart where he gets to kiss Jonathan Groff. He is straight in real life and, most recently, dated actress Rachel McAdams. 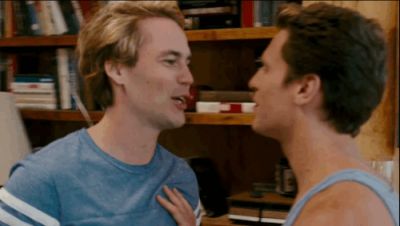 …..
ORIGINAL POST ON TAYLOR KITSCH (Published 04 May 2009). Duh. Whoever wrote that list of Ten Hot Canadian Men must be crazy for not including Taylor Kitsch. But then again, maybe they’re just like us in that they’re clueless about the existence of Taylor until they went to watch the latest Wolverine movie and wondered about the long-haired hunk playing Gambit. The hunk, it turns out is model/actor BC native Taylor Kitsch.

Here’s an NY Daily News interview with Taylor about his latest movie:

“Wolverine” is the biggest movie you’ve been a part of, nothing against “Snakes on a Plane.” Was it a challenge?
The pressure’s just a lot different, because of the following and the stakes and the big budget. Where you know every move you do is going to be under a microscope. But nobody’s going to put more pressure on it than me anyway.

Have you had any close encounters with comic book fans?
Fans are just more excited about the opportunity to see Gambit. Rightfully so, and I get it. And they’re frustrated because it was like, “C’mon where is this guy [in the first three ‘X-Men’ movies]?” But oh man, I’d love to play him again.

How long does it take to get physically ready for that fight with Wolverine that lasts maybe a minute or two on- screen?
For me, literally, it took four months to look that relaxed with the bo staff. Gambit’s the best of the best with it. It’s got to look effortless, and it’s got to be unconscious.

What about the card tricks that the character can do? In some ways, that looks harder to master.
It was. They’re very tricky (laughing). And I was like [practicing] three hours a night in a hotel, and I threw many decks against the wall out of frustration. It takes a long time to really master that. … I’d even be walking down the street in Australia just shuffling the deck with one hand or something.

It must be good to know that “Friday Night Lights” has been renewed for two seasons, and that you’re finally getting to graduate from high school.
I know. I’m sure I’ll have to keep doing it, but I f— hated shaving every day.

Growing up playing hockey, how much did that help relate to football player Tim Riggins?
Everything. I was a very intense player as well, but not like Riggins. who’s got anger management problems. It helps, because I miss that as well, and I felt I was going to be doing that a lot longer than I did. But that’s a huge piece of the character for me, and I love to be on the field with the guys and to feel that same kind…of brotherhood on the field that I did on the rink.

You had to stop playing hockey when you were injured at the age of 20. How far did you think you could go?
I was going to go pro, man. … I mean, we had offers coming in, so it was quite devastating, but I think a lot
of things happen for a reason. One door opened, and acting is a huge passion and always was, but I kind of put it to the wayside because, you know, since you’re 3 years old it’s been hockey.

So how did you make that transition to acting once your hockey career was done?
I had an opportunity to go to New York, so I took it. And if you’re going to study, you may as well study in the best place on the planet, in my opinion, and study with the best. So I stayed there for years studying off and on with Sheila Grey.

What do you remember most about NYC?
There’s that stigma about New Yorkers, how they’re so mean, but in my experience it was quite the opposite. People were very genuine and very nice, even on the subway. I mean, I was sleeping on the subway, man, so it wasn’t like I was doing very well when I was in New York. It’s a really intense city, and it tests you.