Tapeworm Diet Good or Bad, Side Effects, Effectiveness. Years later, we are updating this post to note that there really is no evidence that this diet is effective at all. Jolene Korkoro, a researcher from Stanford University, looked into the matter and concluded that you are better off cutting calories and exercising.

She wriets: “Though the use of tapeworms for weight loss seems promising, there is not enough evidence available to suggest that this type of weight loss is sustainable, healthy, and actually effective. Historically, this practice was not widespread and with good reason. The majority of the evidence currently available suggests that ingesting tapeworms for weight loss is ineffective and even harmful to the host. Having a tapeworm in your body comes with substantial risks that are shown to outweigh the potential weight loss. There is evidence that hosts do lose some weight while having a tapeworm inside of them; however, this is not known to be due to the absorption of calories and nutrients alone, but from other side effects that occur in conjunction with hosting a tapeworm. People seeking to lose weight would be better off cutting calories and exercising than risking hosting a tapeworm in their intestines.”

Tape Worm Weight Loss Diet Side Effects. Well, the most important side effect of this dangerous diet is that you could die from it. Among other things, it can also cause bloating, malnutrition, headache, nausea, intestinal blockages, abdominal pain, constipation, weakness, and diarrhea.

…..
Tapeworm Diet Good or Bad, Side Effects, Does it Work, Tyra Show (13 November 2009). Tyra’s episode where she talked about the tapeworm diet is probably one of the freakiest things we’ve watched on television. And its probably one of the reasons why we love her show and why we believe that the Tyra Show so deserves the Emmy Awards it has received.

Here’s Stanford University parasitologist Dr. Scott Smith telling us that the tapeworm weight loss diet is dangerous and people should not do it because a lot of trouble can come from this ridiculous diet. He also points out that humanity has been trying for centuries to get rid of tapeworms so why are stupid people trying to bring it back and potentially infect others.

Props to Tyra and her people for introducing us to things we don’t know before. You know, things like fat admirers, straight men who go gay for pay, women with two hoohaas, and that kind of stuff.

But going back to the episode on the tapeworm diet, we love how Tyra nailed the man selling tapeworms and called out his big bag of bullshit about auto-immunity and self immunity and that kind of nonsense. He did eventually admit that he’s a business man who’s in it mainly for the money. 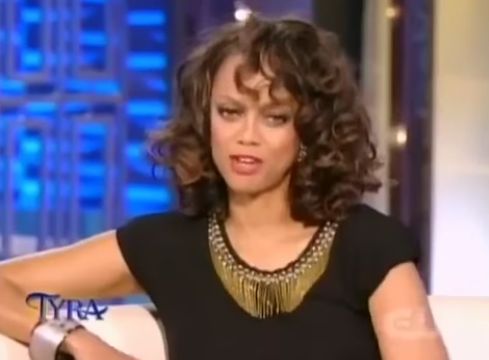 Anyhoo, what do you think of this tapeworm diet? Total nonsense, eh? By the way, you might want to check out Tyra’s cosmetic surgery nosejob.