Takamasa Ishihara – Miyavi Shirtless – Unbroken Japanese Actor. Who is the Cruel Japanese Soldier in Unbroken? Did you watch the trailer of trailer of Angelina Jolie’s film Unbroken and asked, “Who is that Japanese soldier who is being cruel to Louis Zamperini?” Here’s the answer for you: The abusive soldier is Mutsuhiro Watanabe. He was played in the film by Japanese rock star Takamasa Ishihara (more popularly known as Miyavi). 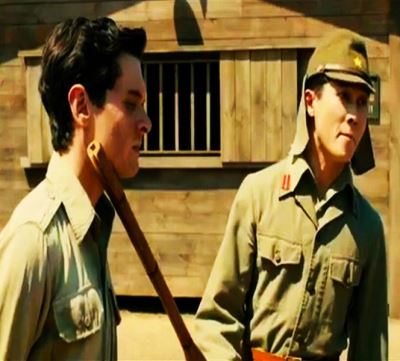 This is actually Miyavi’s first time to act. He’s pretty good, no? If what we saw in the trailer is an indicator, it looks like this rockstar has a career as an actor should he want to pursue that path. Here’s what he said when he was cast for the role:

As a musician, I questioned whether I should take a break from my craft to pursue this role. After meeting Angie, it became clear to me that an underlying theme to this story is forgiveness. This resonated with me because that is exactly what I want express through my music. I look forward to taking on this challenge whole-heartedly.

We are so looking forward to this movie when it screens in December. Kudos to Jolie for tapping new talents such as Miyavi and British actor Jack O’Connell who plays Zamperini.

Takamasa Ishihara Shirtless Photos. Want some Miyavi shirtless photos? Of course you do. After all, we Famewatchers are all about shirtlessness and male underwear pics, right? So let’s check out Miyavi as he takes off his shirt. 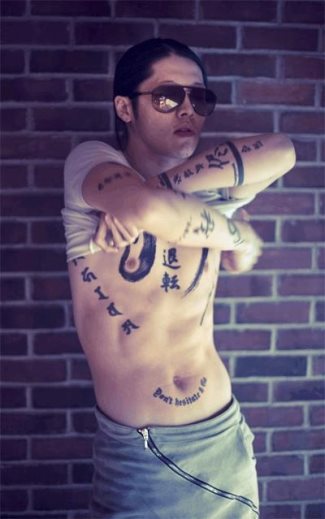 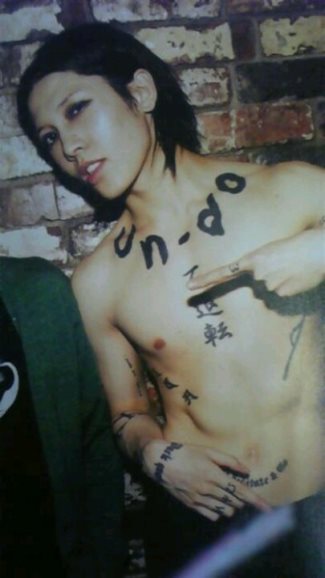 Hmmm. Saucy! Reminds us of Adam Levine and his wandering hand. Hehe. What does Miyavi’s tattoos mean? If you happen to know how to read Japanese characters, do tell us what our hunk’s tattoos are saying. 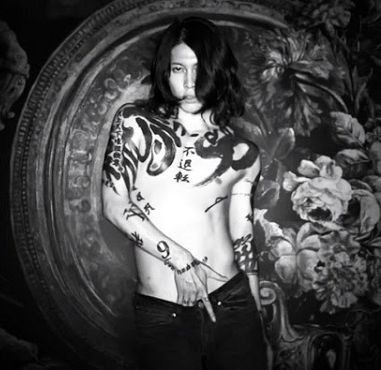 Does Miyavi have a girlfriend? No he does not. But it does not mean he is single and available. He’s actually married since 2009 to another Japanese singer, Miyuki Ishikawa. The couple have two daughters. 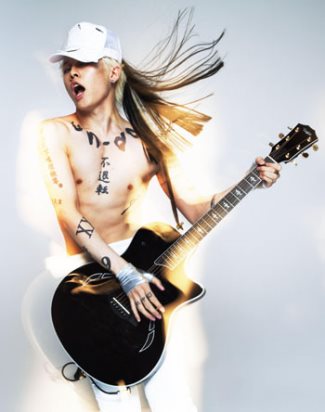 If you are interested in more Japanese celebrities making some mark in Hollywood, go check out our post on Hiroyuki Sanada.