Susan Boyle Latest Updates: She’s a Real Celebrity Now. How do you know that Susan Boyle has arrived as a genuine celebrity? Well, we know that she’s now a celeb because she’s got a stalker (the downside of celebrityhood), because U.S. President Barack Obama reportedly wants to see her sing, because Piers Morgan is reportedly “jealous” of her, because an Irish band has written a song calling her “Irish”, and because she is being spoofed by Jimmy Kimmel. So our Susan is now a real celebrity or a real star. Unlike some of today’s celebrities however, she’s got the genuine talent to back up her “celebrityhood”.

Susan Boyle’s American Stalker
What do Miley Cyrus, David Walliams, Tyra Banks and Jamie Foxx have in common? All of them have crazy stalkers. Let’s also add Susan Boyle to the list because the Britain’s Got Talent star reportedly got herself an American stalker who’s been bombarding Susan with weird letters.

The stalker also reportedly went to Susan’s home in Scotland but was intercepted by a bodyguard. Says a source about the stalker: “This woman is constantly following Susan around the world. It is a middle-aged American woman who has become obsessed with her.”

No word yet on the identity of the stalker but we’re hoping that she’s not like Kathy Bates in that Misery movie. 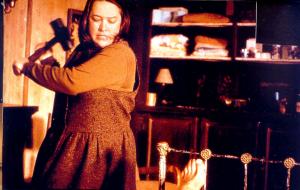 Susan Boyle and Barack Obama: Mutual Fans
Susan Boyle was reportedly invited to the White House Correspondents dinner but she decided to not go because she was too nervous to meet President Barack Obama. Turns out that the Prez is a Susan Boyle fan and that, conversely, Susan is also a fan of the President

Says a News of the World source:

“She was shocked and thrilled by the invite – but it was all too much too soon for her so she said No.”

“She has been told President Obama has seen clips of her on TV and loved her singing. And she is delighted.

“But instead she’ll have no doubt stayed in with her cat Pebbles, washed her hair and watched Britain’s Got Talent on telly.”

“She knows she would have been incredibly nervous if she’d gone,” said the source. “But her dream is to sing for President Obama one day.

“She loves him and thinks he is already a terrific president.”

Jimmy Kimmel spoofs the rivalry between Susan Boyle and Hollie Steel. Jimmy, what about a three-way rivalry that includes Shaheen Jafargholi?

Piers Morgan: “Jealous” of Susan Boyle?
Piers Morgan is worried that he will only be remembered as “that judge in the Susan Boyle video” when he dies. If it’s any consolation Piers, we will also remember you as the Celebrity Apprentice winner who fought Omarosa. Hehe.

“The phenomenon has got so insane I’ve got a horrible feeling that when I die the headlines are now going to read, ‘Judge in Susan Boyle video dies’.

“If you think Susan Boyle mania is out of control in Britain you should try being in America, as I am at the moment.

“Every TV show, magazine, newspaper, and radio station is absolutely obsessed with her. Right now she is the hottest star in the US.

“When you think that the likes of poor old Robbie Williams and Jonathan Ross have been trying for 15 years to crack it here, and she’s done it in just a week, this does seem a little unfair. But hey, that’s showbiz.”

“I did 50 TV interviews yesterday, supposedly to promote the new series of America’s Got Talent.

“And all any of them cared about was when I’m having my hot date with Susan, what did I think of her ‘makeover’, and can anyone beat her?”

For the record, Piers believes that Hollie Steel and Shaheen Jafargholi have a bigger chance of winning Britain’s Got Talent than Susan Boyle.

There’s No One as Irish as Susan Boyle – Corrigan Brothers


Haha. This is hilarious. The Corrigan Brothers, famous for their fun and catchy song, There’s No One as Irish as Barack Obama, has a song written for Susan Boyle. The tune is the same as the Obama song so it’s just as fun and memorable.

Susan’s parents are reportedly from Ireland who settled in Scotland.