Susan Boyle Photos: Then and Now Fashion Style. Susan Boyle was into music even when she was a child as you can see in her picture as a young girl playing with the piano. What would she look like when she grows up? 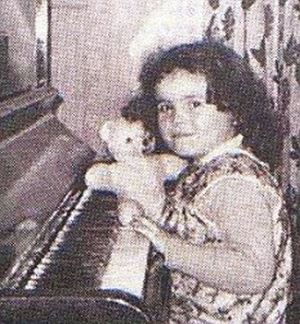 Well, we don’t have to wonder about that because here’s the young girl some 40 or so years later. Go, Susan. 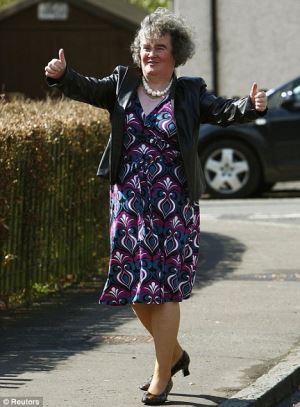 Susan Boyle Then and Now: Makeover Update. Some Britain’s Got Talent people are reportedly disappointed that Susan Boyle got herself a new look. Come on peeps, she’s an adult; she can do whatever it is she wants to do. Personally, we don’t care about her looks now nor did we care about the way she looked then. But we were deeply touched by her music and that is what matters to us. 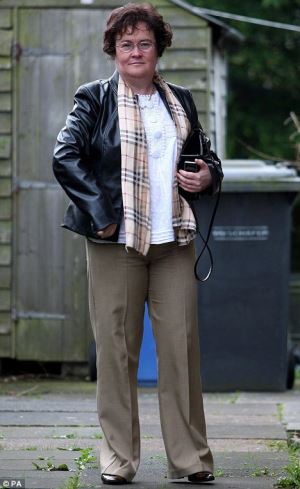 So we are not “disappointed” that she acquired a new look. She has a right to look in any way she wants in the same manner that Michelle Obama has the right to dress in any manner she prefers. Now, can we move on and talk about her singing?

Women’s Dresses: Elaine Paige vs. Susan Boyle. Who’s got the better evening gown? Last year’s break-out star Susan Boyle of Britain’s Got Talent? Or her idol Elaine Paige? We gotta give the win to Susan on this one: her dress is more interesting (although it looks like its inspired by an Egyptian mummy) while Elaine’s sparkly dress is kind of tired and boring. 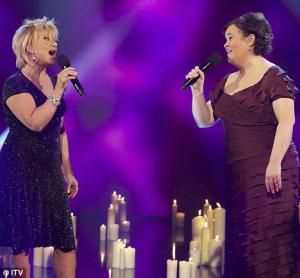 Anyhoo, did you know that Elaine is reportedly dissing Susan and she allegedly called her a “virus”? Quotes from Elaine on Susan via the Daily Mail:

‘I don’t particularly feel any pride for her – I’m sure she is proud of what she has done. It’s all about turning someone into an immediate celebrity at the expense of longevity and working hard and experience.

Susan Boyle is doing terribly well considering she literally came to the attention of the world overnight with the advent of YouTube. She was like a virus really that spread across the world in a nanosecond. She is a girl with no experience of anything to do with theatrics, the music business, or art in any way.

She has done terribly well to be a major star overnight with YouTube.

We suppose you can only be famous and popular if you do it Elaine Paige’s way. Hey Elaine would you please STFU! Truth be told, it was only when Susan mentioned your name on Britain’s Got Talent that we became aware that there’s a singer named Elaine Paige.