Straight Drag Queens: Straight Men Who Do Drag. Did you know that majority of drag queens are straight? Surprising, no? And this is according to The Queen of The Drag Queens herself aka Rupaul Charles who knows her drag herstory to a T. Check out what Mama Ru said on the issue six years ago via Twitter:

Majority of Drag Queens are straight. U’d never know it bcuz they dress up in the secrecy of their own home #OhHiDad

Okay, she is obviously joking but maybe there’s some truth to what Ru is saying. The gays are not the only ones who dress up as girls. Some straight jocks do it too which is why we decided to make this list of men who do drag which starts with a male celebrity from the Land Down Under:

Beau Ryan, professional rugby player and host of The Amazing Race Australia. He dresses up in drag during Sydney Mardi Gras and has told The Daily Mail that he loves wearing his wife’s shoes and clothes. 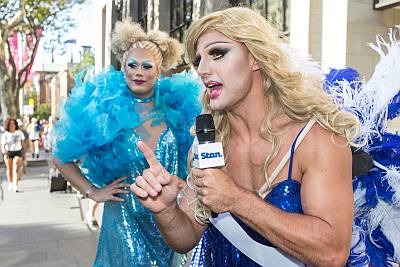 Guy Henry Mueller. Guy, who performs as Gay Henry in drag, is a straight musician who was encouraged by his friends to do drag when the drag queens performing in a bar were not very good. He is straight but was raised by a lesbian mom. He tells huckmag.com, “My upbringing was very queer, in every sense of the word. I was raised by a wild pack of lesbians, my mom and her friends. When I came into my own I realised that I did not identify with very many straight people, even some who were close to me. I found myself constantly challenging what they had to say.” 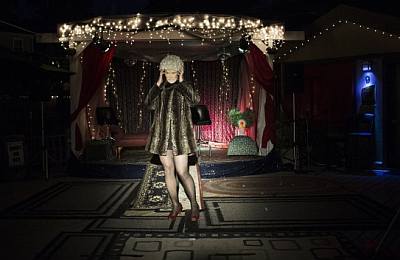 Barry Humphries. If you are not British or an Aussie, we’re pretty sure you are familiar with Dame Edna Everage but have not heard at all about the man behind the Dame who is one of the most famous drag queens in the world who retired in 2013 but un-retired this year and will be touring sometime in the future. Dame Edna is the creation of Barry Humphries who is very straight considering that he loves getting married to the ladies. He’s currently married to 4th wife Lizzie Spender since 1990. 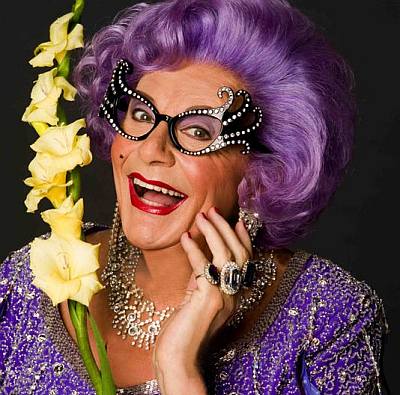 Okay, this is an ongoing project which means we will update this post continually as we come across more straight drag queens in the future. So watch our for more updates in the future.