Steven Gerrard Shoes, Shirtless, Underwear, and Gay Kissing Photos. Look who’s rocking his Converse shoes? It’s Liverpool’s Steven Gerrard, baby! What a nice photo of our Steven with his wife Alex Curran (aka she who is white Speedo curious). These two must have gone on a date or something. Alex is looking so cute like a high school girl so in love with the varsity captain of their school football squad. How sweet. 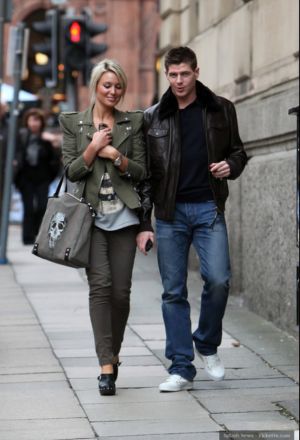 By the by, have you seen Steven Gerrard kiss Xabi Alonso? Well, go and check out the video. It’s kinda fun. They smacked on the lips too.

Video of football players Steven Gerrard and Xabi Alonso kissing. The two used to be teammates at Liverpool but the Spanish Xabi transferred to Real Madrid leaving Steven “devastated”.

From Mirrorfootball: “Devastated, yeah. Devastated. But there was nothing I could do about it,” he told FourFourTwo magazine. “Xabi said a long time ago that he wanted another chapter in his career and finally he got it and his team-mates and the coaches couldn’t stand in his way. We just have to say thanks and move forward without him.”

Steven adds: “It’s always going to be different when you lose one of the best players in the world – and people are finally realising that’s what he is, on the back of his form for Real Madrid and the difference in us from last year. We’ve got other midfielders here doing a good job but it will take a while before Alonso’s out of our system because he was such a top player.”

Aww. We would be devastated too if our kissing buddy leaves us for the enemy. 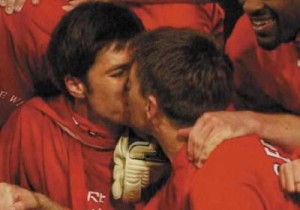 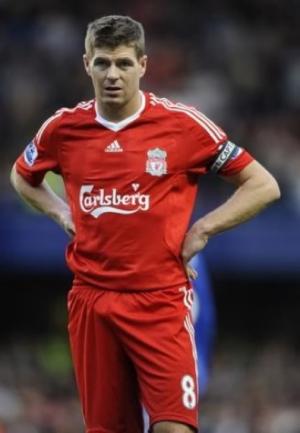 Our quote for the day comes from English footballer Steven Gerrard who, it must be said, is looking good in his football shorts a-la John Terry (hehe).

Anyhoo, here’s our Steven quote: “If I want to win a World Cup, I’m going to have to do it soon. But I’m in good shape and I’ve still got five years to fight for the top prizes in football. I don’t know if this will be my last World Cup but I want to give it everything. We’ve (England’s current crop of players) been together for a long time, so I don’t think there are any excuses for us anymore. It’s time to deliver. The team is winning and confidence is high, but we still have some improving to do if we want to go all the way.” 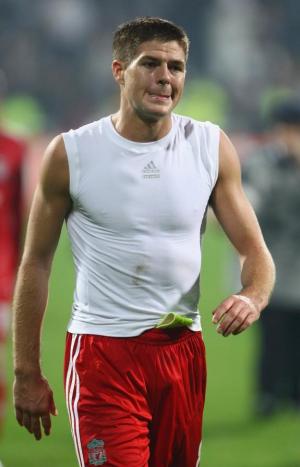 What brand of underwear does Steven wear? Apparently, he wears Reebok briefs underwear. Honestly, we didn’t know Reebok is also into making undies. 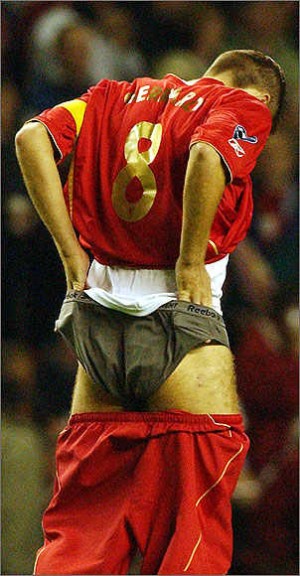 And here’s Steven, with wife Alex Curran (Remember her? We wrote about her on our post on whether white Speedo swimsuits are good or bad), having a fun and wet time at the beach. 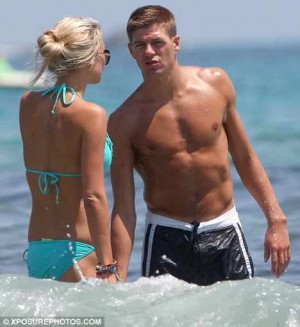