Steve Kuzj Shirtless, Gay or Straight, Family, KTLA Media Hunk. Okay, here’s our next installment to our Media Hunks series which we know will brighten up your day. Famewatchers, meet Steve Kuzj, news reporter for KTLA5 in Los Angeles, aka probably the only reporter with some mad martial arts skills, and aka Jay Leno’s hot and gorgeous cousin that evil Jay hid from us because he didn’t want to be overshadowed.

Steve went viral three years ago when he shoved a video-bomber who rushed at him while he was doing his live news reporting from the street. Watch:

The incident made headlines around the world and Steve clarified on Twitter that he didn’t shove the guy for no reason. “To be clear, that was a crazy man running at me, swearing, trying to get on TV. I was defending myself and viewers from hearing obscenities,” he tweeted.

Did we say he’s got some mad skills in martial arts? Of course we did! Here are more GIFs of Steve doing his martial arts thing:

He sure has got the moves. We love that he’s doing this in classic blue jeans and white tank top because it makes him look so damn hot.

Steve Kuzj Shirtless Photos. This section is for those of you looking for shirtless pics of our LA media hunk. 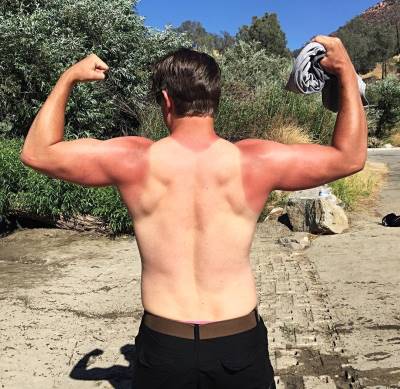 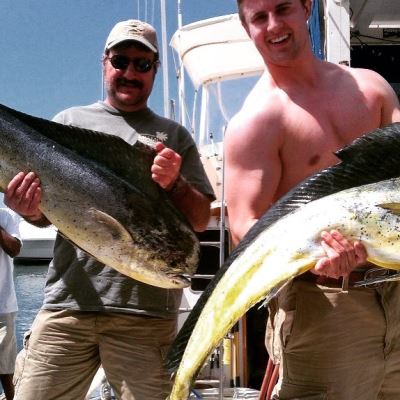 Steve Kuzj Gay or Straight and Relationship Status? He is straight and very much married. His wife, Christine O’Donnell is also a TV journalist who currently works for Fox 11 in Los Angeles. The two tied the knot in 2015 and have a son together. 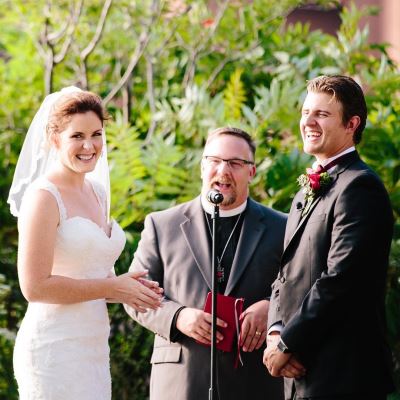 Of the media personalities we’ve blogged about so far, Steve is probably the most fun-loving of them all. Looks like he is the life of the party, no? Check him out “doing” a Brad Pitt: 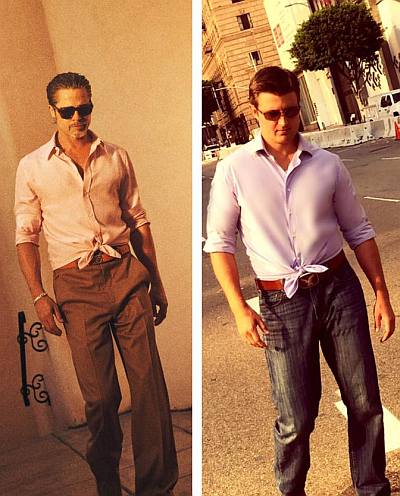 Air guitaring in the news room with Bret Michaels. 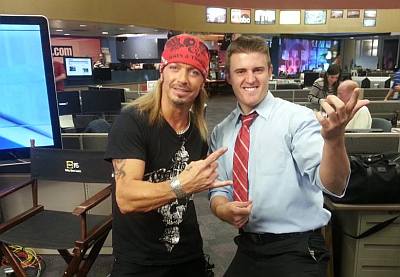 Let’s end this post with another GIF of Steve Kuzj doing his martial arts thingie. We sure just can’t get enough of it because he is so darn sexy.