Stephen Amell Underwear and Shirtless Photos (16 August 2012, updated). What style of undies does Arrow actor Stephen Amell prefer to wear? Boxers or briefs, G-strings or longjohns, tight or loose? Well, judging from the picture below, we can conclude that this Canadian hunk prefers boxers rather than briefs.

Oh wait that’s technically not Stephen. Instead, that’s Jason (played by Stephen) on the HBO TV show, Hung. So we can say that Jason loves him his boxers but as for Stephen’s underwear preference, well, you can say that it remains a mystery. 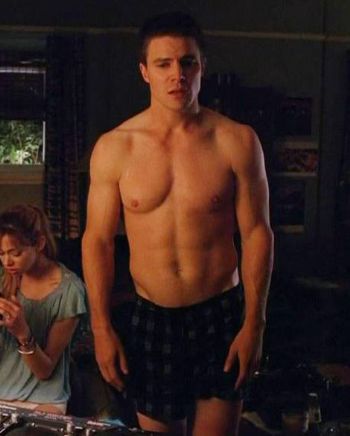 Another screencap of Stephen as Jason in boxer shorts. 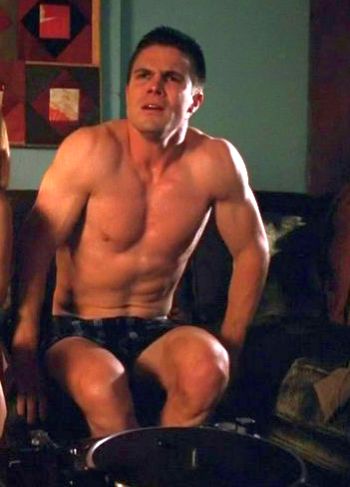 Do you know that Stephen is pretty gorgeous as a blond? Let’s check him out looking fabulous (in a wifebeater shirt too) as a blond hottie in the critically panned movie, Circling the Ring, where he plays the role of a farmer who goes to war. 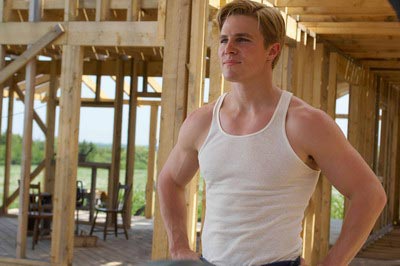 Our friend Kevin is like, “Are you sure that’s Stephen Amell? It looks like a different person?” But, yes, Kevin. The blond hunk is indeed Mr. Amell. He looks different but that is what acting is all about, to be different as required by the role you play.

Kevin asks: Does Stephen Amell have a girlfriend? Our answer: If he does, she should help him pick the clothes he wears as no girlfriend worth her title as a girlfriend will allow their beau to go out looking like this. Haha. The internet answers: In an interview with Premier Guide Media to promote his 2011 TV/movie, Justice for Natalee Holloway, Stephen mentions that he has a girlfriend but did not name her. 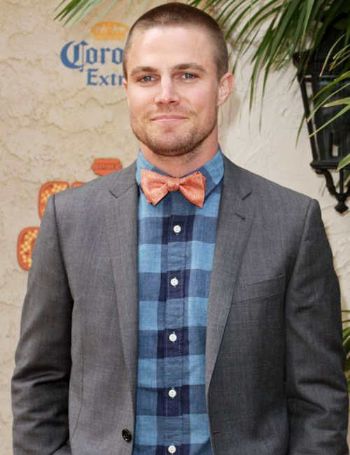 Update. He tied the knot with Cassandra Jean in December 2012 during their Caribbean vacation. Several months later, they did a second wedding/reception for family and friends in May 2013. Here’s a photo from their second wedding ceremony. 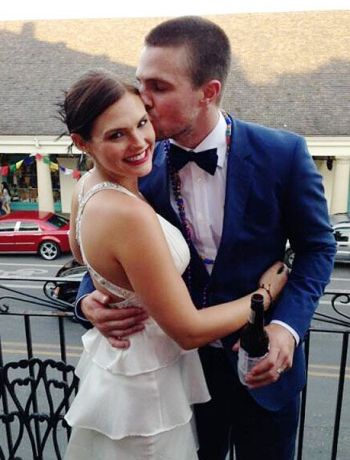 Kevin asks: Maybe Stephen is gay? Our answer: Heh. Will you stop that “is he gay” pre-occupation! But Stephen did appear in LGBT TV shows such as Dante’s Cove and Queer as Folk. Here’s the Canuck hunk as Adam in Dante’s Cove: 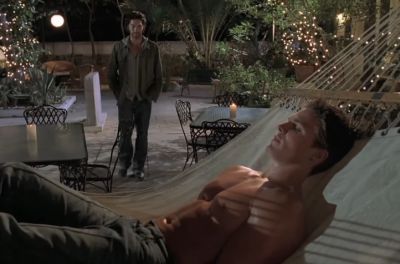 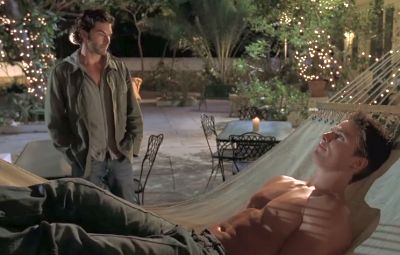 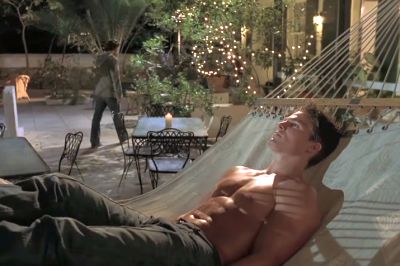 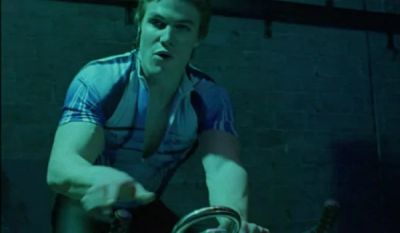 Stephen Amell in Boxer Briefs Underwear. Our Canadian hottie made headlines back in 2017 for strip dancing to his underwear during the 50th birthday of John Barrowman, his friend and co-star on Arrow.

We can’t find said video of the actor dancing but here’s Stephen in his camouflage boxer briefs. 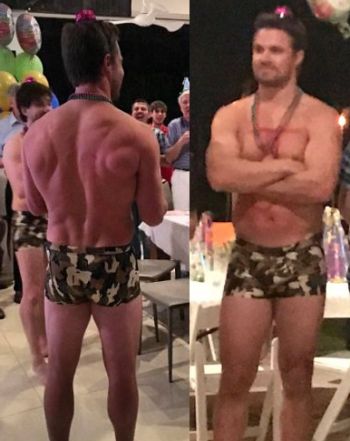 Nice! According to reports, Stephen enlisted another friend (the guy on the left) to join him in his gift of a strip dance to John who, for his part, looks pretty pleased with Stephen’s present. 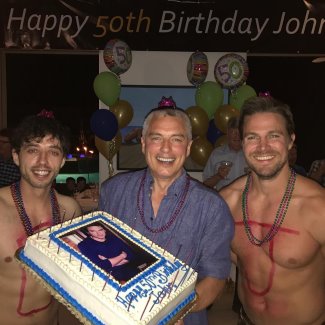 Let’s end this post with a shirtless pic of Stephen as Oliver Queen aka the Green Arrow. 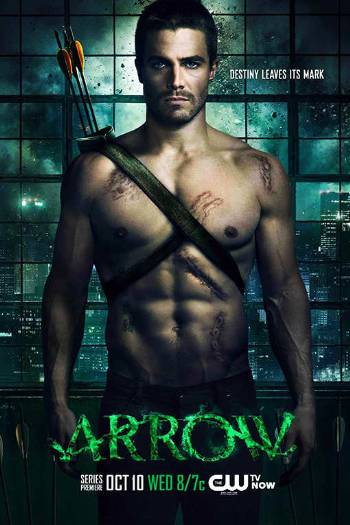 Oh wait, here’s Stephen who is, not surprisingly, a Toronto Blue Jays fan giving us a glimpse of his underwear waistband. Yay. 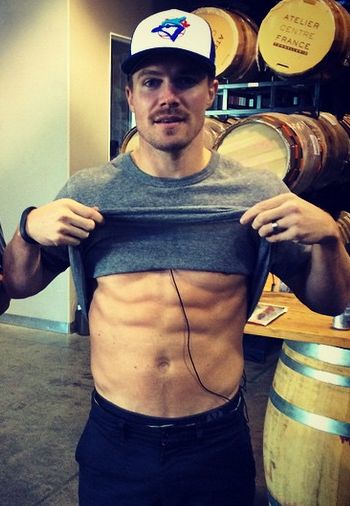