Stan McQuay Asian Body Builder as Underwear Model. Wow. What a hunk with all them totally taut muscles and all. In case you are going, “Who’s the hottie?”, the guy’s name is Stan McQuay. He must be Asian but he is a McQuay so he must also be Irish. Wait, is it the Irish or the Scottish who have Mc’s in their names? We think it’s the Scots. The Irish have O’s in their name like O’Leary. Apologies for our cluelessness. Hehe. 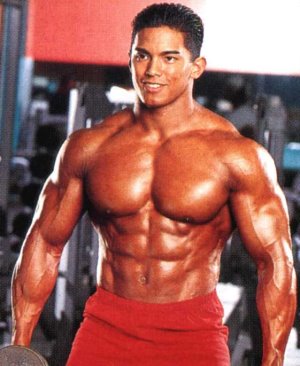 Update: To answer our earlier question about Stan’s ethnic background, wikipedia says that our hunky bodybuilder is part-Asian and part-Irish. His mother is Japanese while his dad is Irish. He was born in Yokosuka, Japan but he is now based in Porter Ranch, California. 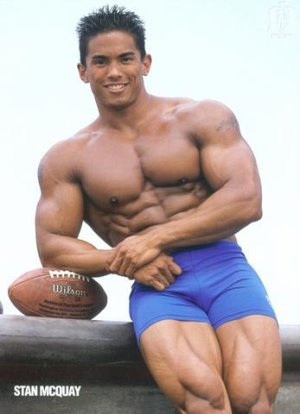 Stan has been competing in bodybuilding competitions since 1997. His “best win” according to wiki, is when he emerged as the National Champion at the NPC Nationals Lightheavyweight in 2006. Stan started weight training because he wanted to gain the mass needed for college football. So he was first a footballer before he focused on bodybuilding. 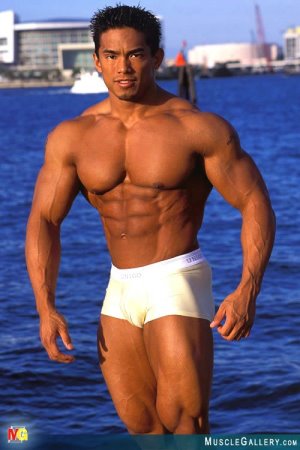 Not surprisingly, Stan has appeared in several magazine publications. He was the cover boy for such magazines as Muscle and Fitness, Planet Muscle, and Muscle Mag International.

…..
Asian Male Model in Boxer Briefs: Stan McQuay (13 April 2009). You loved our earlier post on Asian muscle God Stan McQuay so we decided to do another post on him. This time, our imaginary Asian boyfriend is in posing shirtless in his jeans. He truly is a body-builder, no? 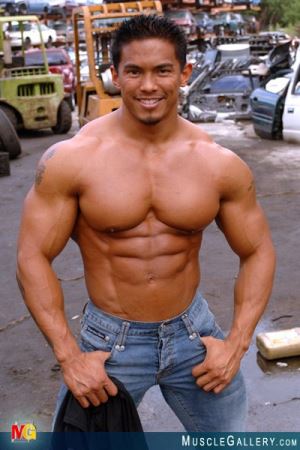 Stan posing as bodybuilders often do. 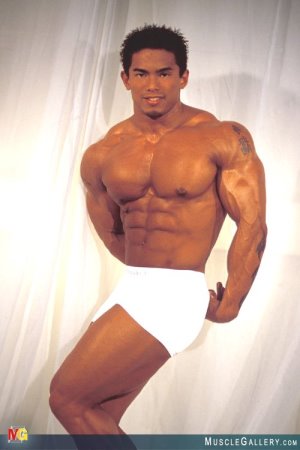 Update: Did you know that he was part of a documentary, Bodybuilders, which starred Governor Ahnuld? It was released in 2000. Unfortunately, we can’t find the video to watch what our Irish-Japanese guy looks like when he was younger. But we’ll update this again in the future if we come across said documentary on Youtube or elsewhere.