Speedo Dad Hunks: Famous Daddies in Swimming Trunks. Who says men in their 30s can’t look good in their banana hammock Speedo swimsuits? Not Australian Rules footballer Jason Akermanis. Our Jason stirred such a controversy in the world of sports recently when he stated that gay athletes should stay in the closet. 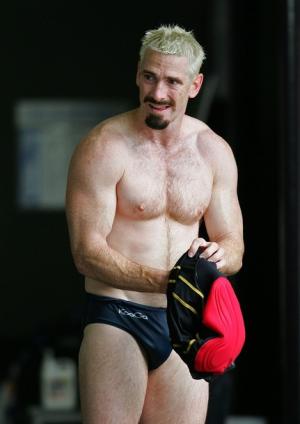 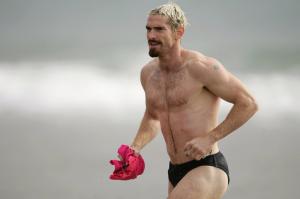 More Speedo Dad Hunks (14 December 2010). If you think that Jason Akermanis is the only daddy out there that loves him his Speedo swimwear, well you gotta think again. Apparently, the phenomenon of daddies wearing Speedos is more widespread than we think. Here are some male celebrities who were spotted in their itsy bitsy swimsuits.

Jack Nicholson, three-time Academy award-winning actor and one of the living legends of Hollywood, is the King of the World. 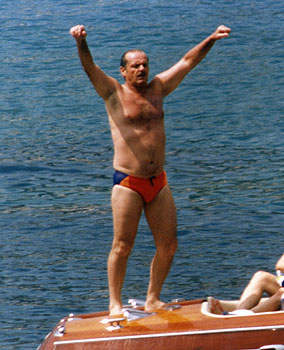 Rod Stewart goes to the beach in his white Speedo. What do Rod and David Beckham have in common? They both love them their revealing white Speedo swimsuits. 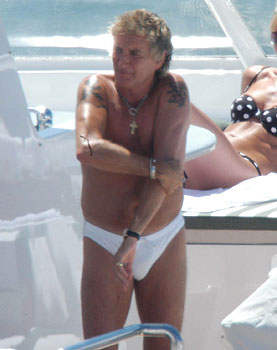 Footballer Diedo Maradona’s got a very big ball. [Update: Oops, we actually blogged about Diego and his Speedo in our post on Swimsuits for Older Men.] 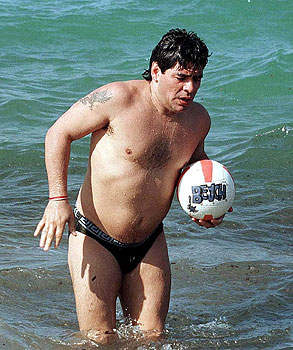 British rock musician Sting loves him his string bikini. Okay, okay, there’s no way in hell that that’s a string bikini he’s wearing but it’s really, really skimpy. We’d like to think that his wife Trudie bought this Speedo for him. Haha. 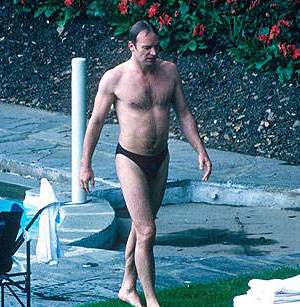 In the Land Down Under, a prominent politician named Tony Abbott, loves him his Speedo so much that some Facebook groups have been formed either supporting him or protesting against his love of Speedos. Oh come on Speedo haters, a man’s gotta wear what he’s gotta wear. Okay? 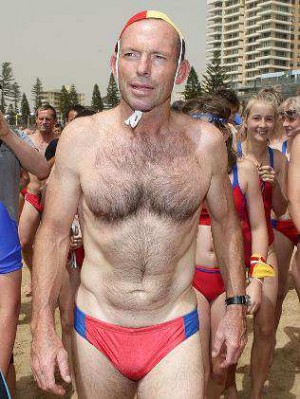 By the way, Tony Abbott isn’t the only Speedo-wearing Australian politician. Here’s two more of them; according to the Sydney Morning Herald, these guys are NSW Opposition Leader Peter Debnam (left) and Victorian Opposition Leader Ted Baillieu. [Note: We don’t know if these guys still hold their titles because the pic is from 2007.] 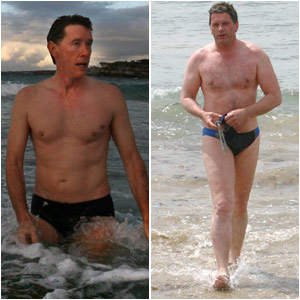 Lastly, we’d like to end this post with this photo of Scottish hunk Ewan McGregor. He may be younger than all the guys above but he’s also, every inch, a Speedo daddy. 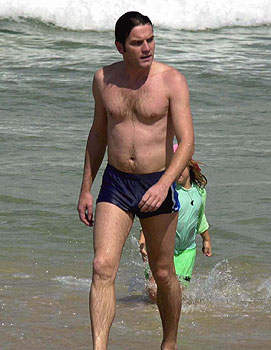