South Sydney Rabbitohs: 10 Shirtless Speedo Jocks – Recovery Session Photos. Let’s continue blogging about Shirtless NRL Rugby PLayers in Speedos and, this time, let’s focus on them rugby jocks from the South Sydney Rabbitohs. First up is our imaginary rugby boyfriend Ben Te’o, the Samoan hunk who joined the Rabbitohs this year following stints with the Wests Tigers and the Brisbane Broncos. How handsome is our imaginary beau? 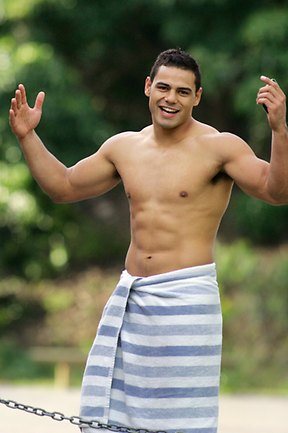 Twenty-six-year-old Chris McQueen posed for the 2012 Footy Ink calendar which, according to footysocial.com.au, is “a celebration of the coolest body art in the NRL. As a charity driven campaign, a percentage of all calendar sales will be donated to the McGrath foundation. It showcases 12 of Footy’s hottest stars, complete with tattoos, six packs, Levis – and little else!” Way to go, Chrissy! 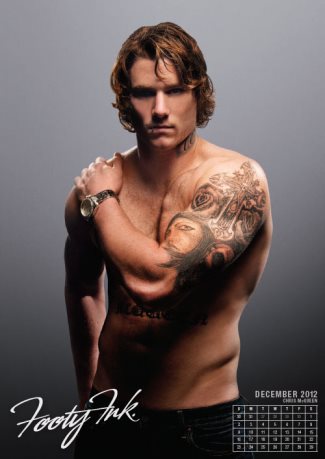 Here’s a Speedo-clad Greg Inglis recovering from an injury. Pic is from back in 2010 when our Greg was still playing for the Melbourne Storms. Looks bad, no? He recovered from it but has sustained other injuries while playing rugby which should remind us of the very physical demands of the sport and how these demands can result in career-limiting injuries. 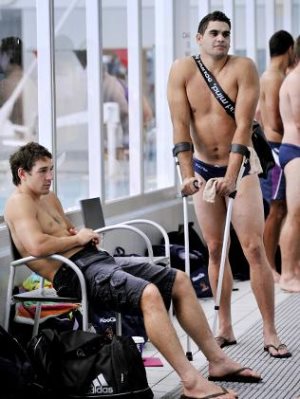 Rabbitohs captain Michael Crocker is having fun with the sea and sun. Yay! 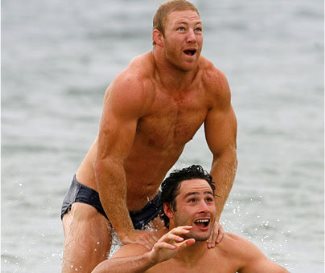 Kiwi hunk Issac Luke and his impressive muscles in action. 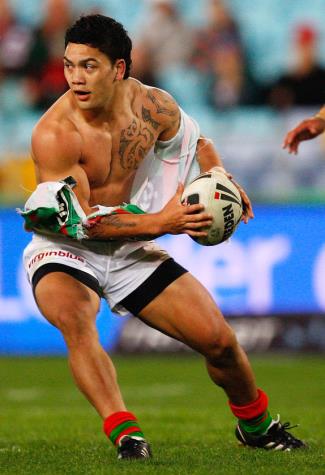 John Sutton in contemplative mode during a recovery session. He looks oh-so-cute as a schoolboy, no? 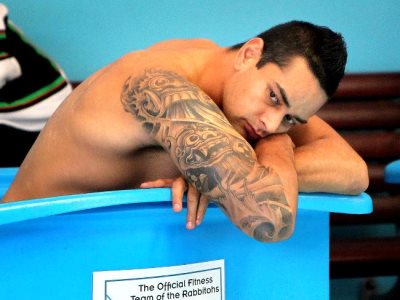 Ah, the Burgess Brothers. It would be sin not to include them in a post about the Rabbitohs. Our first Burgess brother is the most senior of them all, 26-year-old Luke Burgess. This budgy smuggler photo of him was Tweeted by his younger brother George. 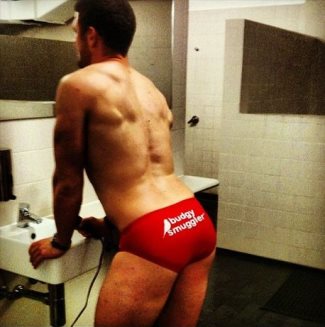 George and Sam Burgess. Sam is the one in Speedo. 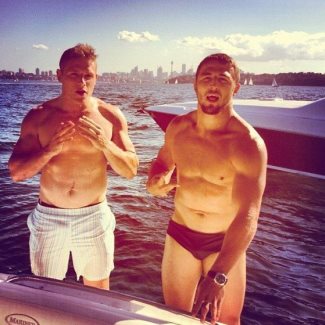 George Burgess is probably the naughtiest Burgess bro. Did you know that he’s got some revealing photos flying around in the internets? Our friend Kevin’s verdict of said photos: He is very impressed!

We are impressed too with Tom Burgess’ awesome build. Whattaman!

Who of these Rabbitohs is your favorite? Ours would be George because of his when it comes to taking selfies. Hehe. But Ben Te’O is still our imaginary boyfriend.